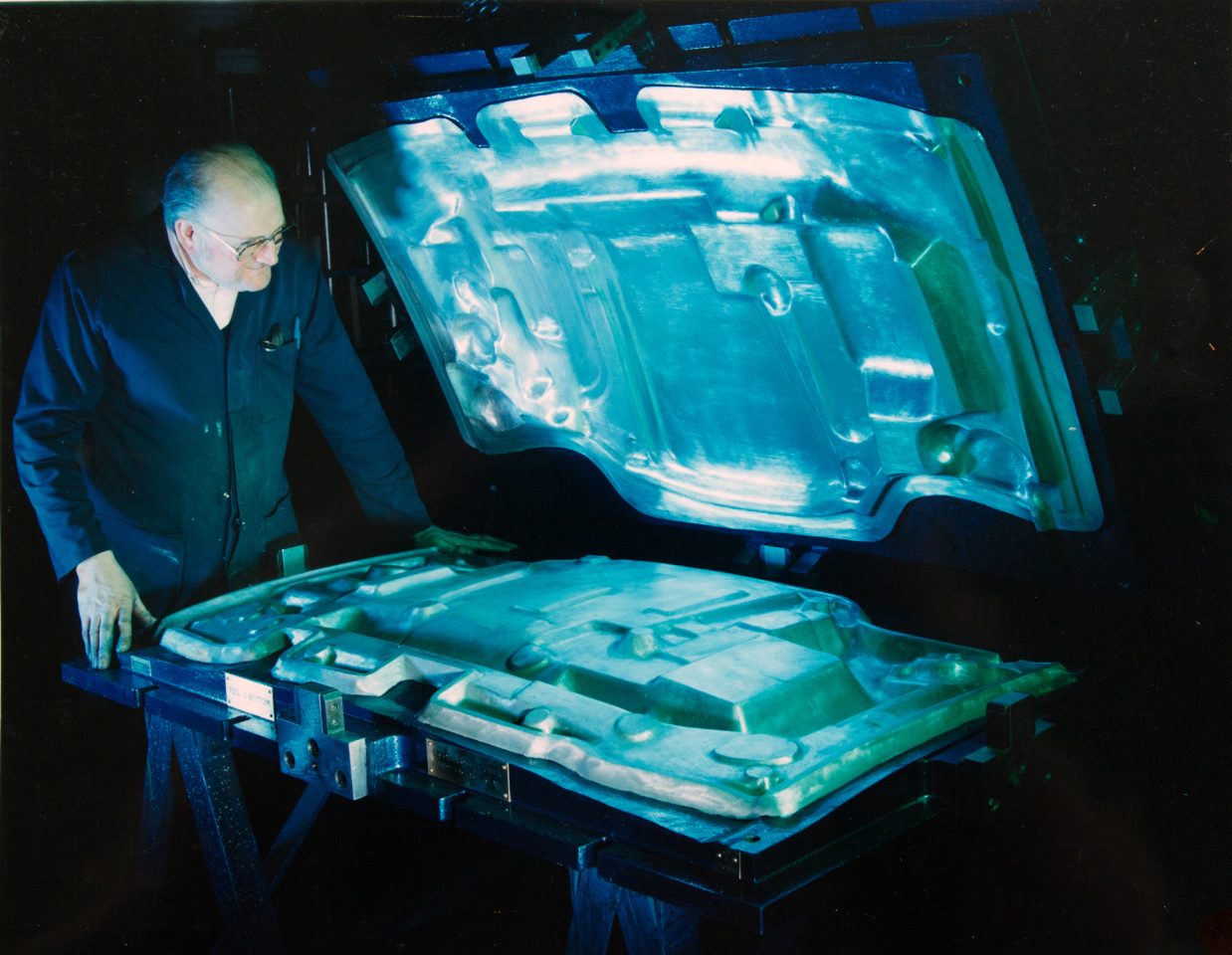 Roy Jones worked as pattern maker for 25 years in Oldbury.

“I was born in West Bromwich in the Lyng and we moved to a new council house at Harvilles Hawthorn, close to Black Lake and Swan Village. When I got to the age of 13, I could afford a bike - I’d got a paper round. There were a couple of others in the road with bikes. One day, one of the chaps said, ‘Let’s go to Oldbury. Do you know where it is?’ We’d got a set of wheels then, we were free. I remember coming to it and looking at it, seeing the Talbot Hotel and the bus terminus and we cycled down the high street, past the church. It was all new to me. That was my first presentation of Oldbury. I was venturing out. I thought, this is an old town - not realising I was going to spend 25 years of my working life there.

I was always interested in woodwork. My dad was in the tube works and he used to mend shoes in them days, and with all the nails he used to get, I used to knock them into wood to make my initials. I was always messing with wood. I had the school prize in woodwork. During that time my father passed away and in the holidays we used to go to my Nan’s house in Carters Green and right alongside it was the entrance Grew’s Pattern Making. I used to stand there as a lad and watch them making all these shapes of gear wheels and what have you in wood. Well, I thought, that’s what I want to do that. I had a paper round and I was delivering the papers to the foreman’s house and I asked for a job and started there.

You could move around in those days, and as I got a bit of confidence I moved to Eccles Patterns on the Birmingham Road at Oldbury. I was 21 when I was there. Then I left and went to Simplex Electric, where they did the Creda. I tried their foundry pattern shop, found I didn’t like it, then moved on to Great Bridge, to Old Hill, then I went in 1982 to Webster Mouldings in Union Road, Oldbury, for the next 18 years. And I’d have been there to the end, had they not been closed down. There were about 40 people working there when I started.

Websters was such a good place to work for. All the people you worked with they were friendly, they would help you. No-one would stab you in the back or get you to do something wrong. It was a pleasure to go to work. I enjoyed the job, I enjoyed the variety of work. The people I worked with educated me more than with studying for the City and Guilds. I was working with tool-makers as well as pattern makers and I got a very wide knowledge in the end.

I’d always worked in an ordinary pattern shop and calculators were taboo. If they saw you with one, they’d say ‘Oh, haven’t you got a brain?’ When I went to Webster’s, everybody had a calculator; they started showed me how to do trigonometry, add contraction on and everything. It made life so much simpler. Then the boss said he was going to buy the first the CNC machine. A couple of chaps had been to college and done a course and from then it went on and on. I had a young lad who started with me from school. He was helping me and he had started college. He told me he’d bought a computer and was doing a course. The manager fetched him one day and took him upstairs into the office. He came down and said, ‘They’ve asked me if I want to go upstairs in the CAD. What do you think?’ I said, ‘What I do on the bench is coming to an end. It’s an old tradition but the way forward is on the computer, so jump at it, get off the bench.’ And he went upstairs and learned the CAD programming. Then he’d come down with customers, all in his suit, drawings under his arm. I was proud of him.

Then I worked at Narvik Patterns, on temporary contracts. I finished up at the Triplex Foundry and had a smashing time there. They had inherited 42 jobs for DuPont Foundries, who had just closed down. They needed someone to help on a three-month contract. Then they offered me another three months. I could do both wood and metal pattern making, so I moved about between the two. When I was into the second lot of months when they asked me if I’d done any marking up. I had, so they put me on inspection as this chap was off with chickenpox. Then they offered me a job till I retired three years later. Prior to my retirement the company was bought out by American-Indian finance money and they were going to move the foundry to India. After I retired they contacted me and asked me back to do some more inspection work in the pattern shop. We had these twelve people come from India. I had them all in the inspection with me, showing them how to set the castings up, mark them up, cut them up, check them. They all went back to India. The manager came in one morning and said, ‘I’ve had an email from India about you.’ ‘Oh, I haven’t upset anyone have I?’ ‘No they want to know if you’ll go to India and help them set their Inspection up over there.’ I said, ‘Pete, I’m 66 now, I think it’s a bit much.’ I didn’t go. I spent another 8 months before the company was wound up and moved. I started at the bottom and finished up at the top.

I never not wanted to go to work. If they asked if would you come in on a Sunday, I’d say, ‘Yes, I’ll come in Saturdays and Sundays.’ It’s like when you’re young when you first make a model aeroplane, you want to keep doing it. That’s how it was. Every time when someone showed you something different, and made it look so simple, that was another bit more knowledge that you got and it made life easier. That was due to the tool-makers coming into the trade and some of the older pattern makers, passing knowledge on from two sides. I’m 76 now. If I hadn’t retired I’ll have still gone now, I enjoyed it that much.’ 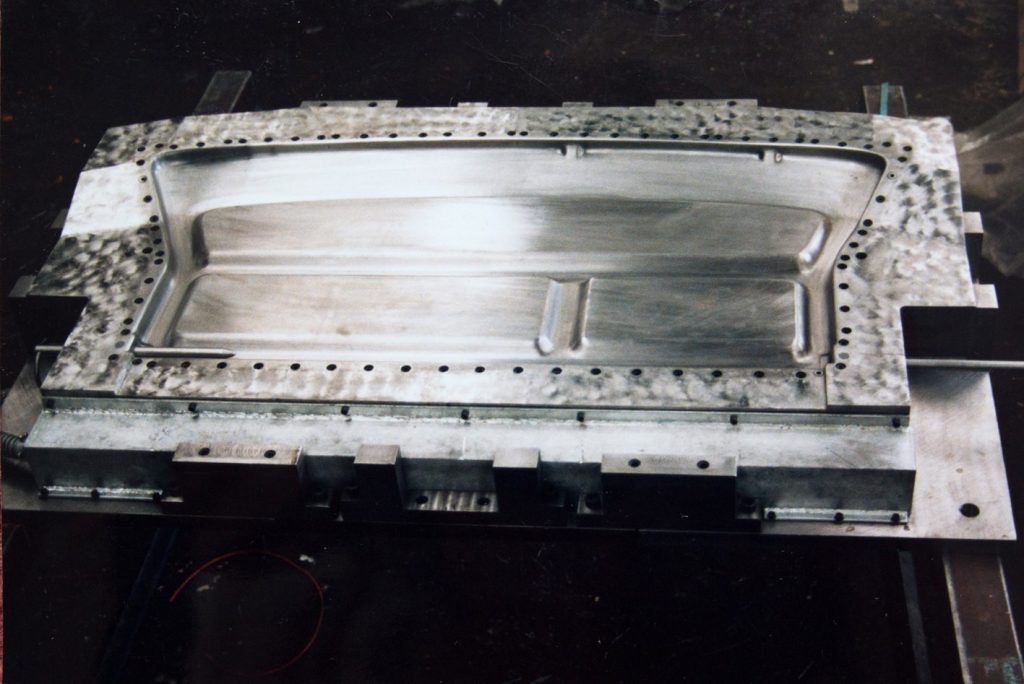 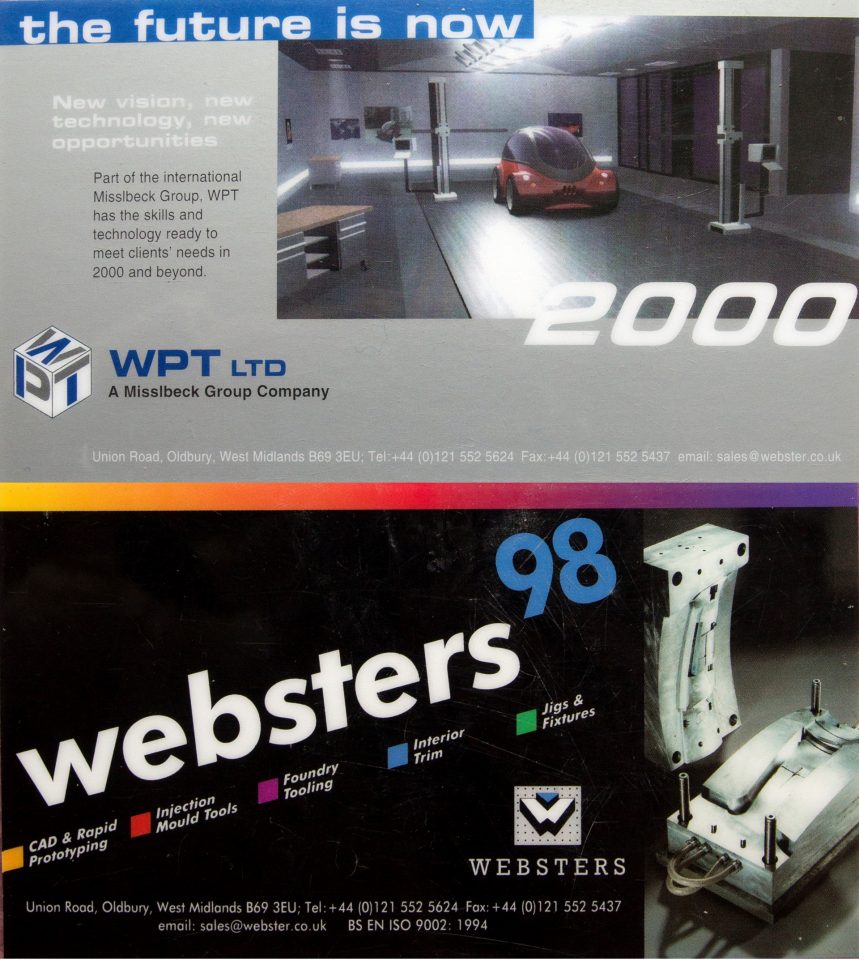 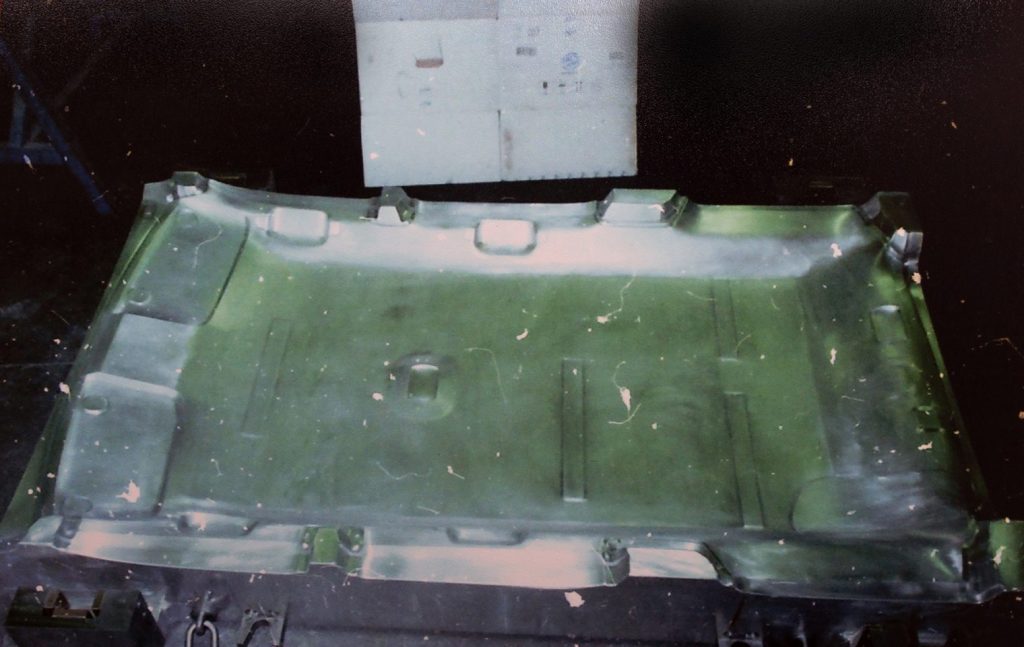 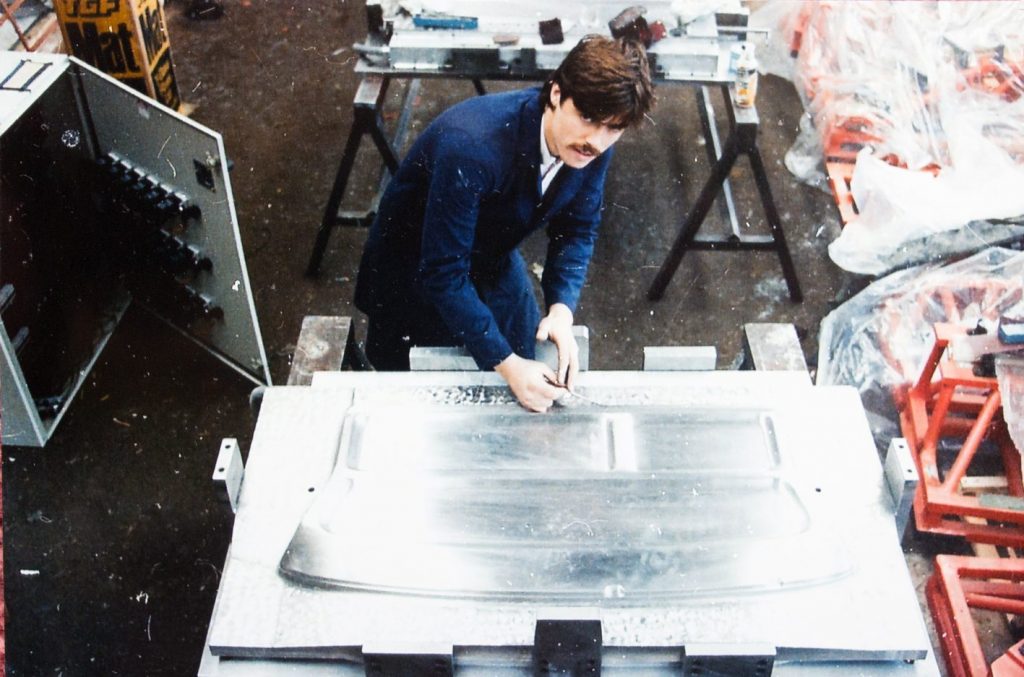 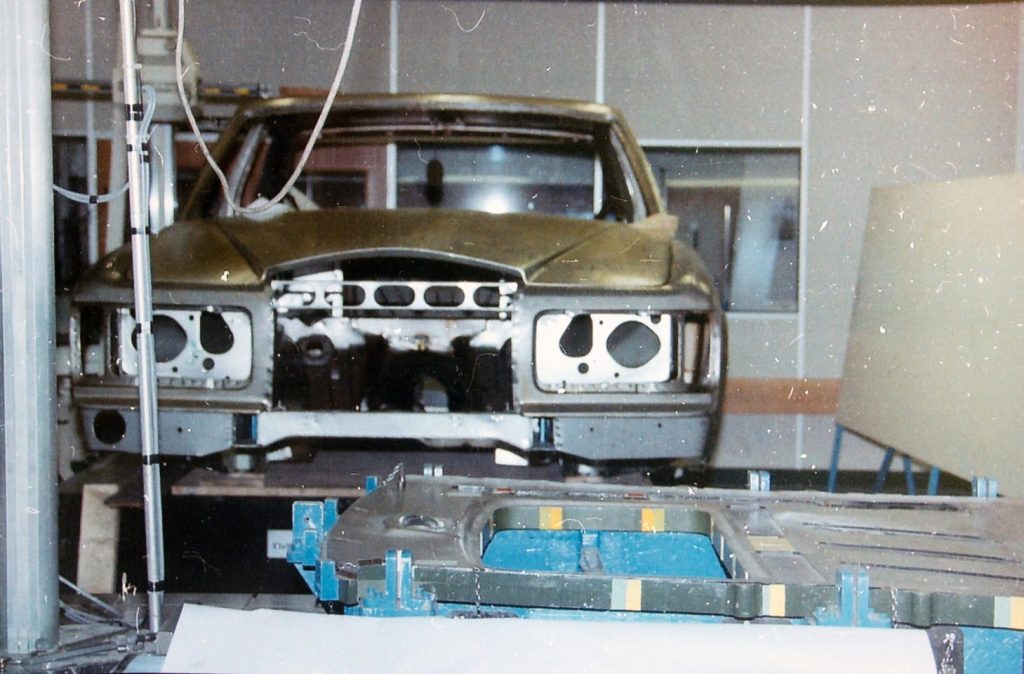