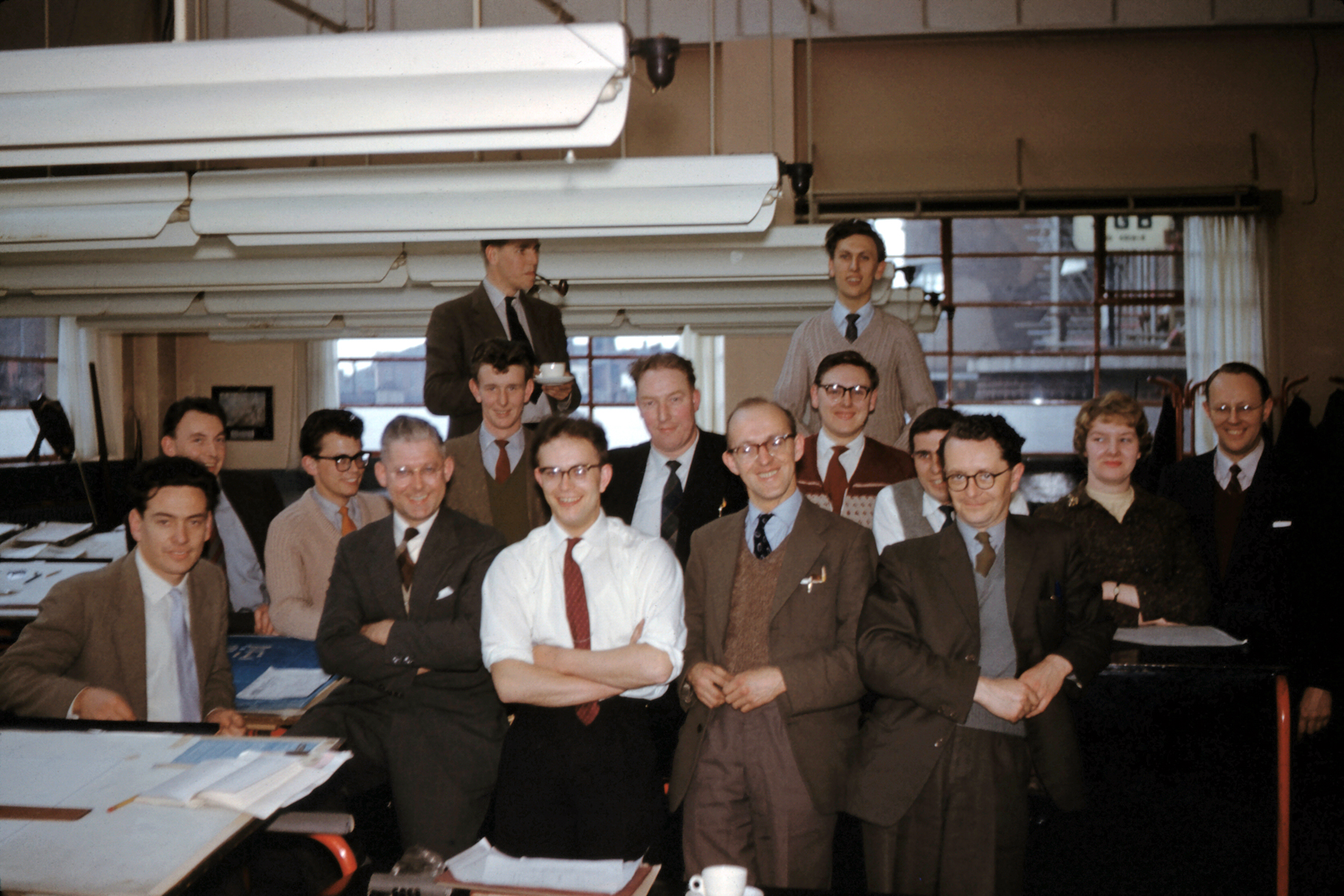 Peter Lee completed his apprenticeship at British Tube Mills* in Kilburn, South Australia. He then worked as a draughtsman for Bundy Tubing, which was on the same site as BTM. In 1960, he and his wife Liz left Australia to come to Oldbury in the employ of Accles & Pollock.

“Both my wife and I are fourth-generation South Australians, our ancestors being free migrants to this land. Our forebears replied to advertisements either in The South Australian Company or the newspapers.

Before we got married, we both wanted to travel, and we were curious about the land of our ancestors, the language, culture and food. So I spoke to my manager at Bundy and he said he would try for a job for us both at Accles and Pollock. We got a positive reply, so we bought our tickets and set off in January 1960 by ship – it was to be a month-long trip. We both held British passports, so we got through security without holdups.

I then worked in the Development Department under Robert Beard, while my wife worked in the wages pay section. We knew nobody in all of Britain, NOT A SOUL. We were welcomed into the life of our work mates as only Brummies and Black Country folk could.

We first stayed in a hotel but then one of the ladies in my wife’s office contacted Personnel and they shifted us to a family who would take boarders. So we moved into digs at 20, Ridgacre Road, Quinton. They were very kind to us. What hit us was the green of the countryside and the snow and the outside cold, but then warm inside not only from the heaters but especially from the people we met. I know that people wondered where we came from because of our accents.

I was given experience in a number of departments at both the Paddock and Broadwell sites, opportunities not available in Australia. Working under different project leaders, I asked to be given a chance to learn as much as possible. At BTM in Australia the tubing was seam welded, rather than drawn at Accles, so this all new to me. I worked with the team producing uranium cans primarily.

I did spend time in the department scheduling and the productive loading of the honing machines. I drew up details to make a device to try to machine grooves in the cans to improve cooling air when they were placed in the reactors. I did have trouble when talking on the phone to a department leader, understanding what was being said. Many times I had to get someone in my office to tell me what they were saying. They probably also had trouble with my own accent!!!!

Midway through our first year, due to our landlord’s health problem, we then moved to a flat at 88 Stanmore Road, Edgbaston. This was quite different in that the heater for bathwater was lit up only once a week, so we got a bowl and had a splash wash. Oh well.

We bought a second hand Ford Prefect, giving us the freedom to see a lot of England, Wales and Scotland - sometimes sleeping in the car in caravan sites. We still are in touch with friends made during our stay. We went down to London regularly in our Prefect and took one of my workmates and his wife, we being the tourist guides. Many folks in my office had never been to London and had no desire to go.

The President of the Car Club asked me to be Father Christmas, which I agreed to. He wanted to have the members confused who it was behind the beard (due to the Aussie accent).

My boss from Australia came to A&P around the middle of 1960 and said he would try to get us jobs in Bundy Tubing either in England or Germany. We got a reply offering us jobs at Heidelberg in Germany. We loaded our car and left for Germany in February 1961. We went back to Birmingham in September to sell the car. We went back to Heidelberg via Paris. We finally left for home late in January going by train to Naples via Barcelona, Pisa, Florence and Rome We got home in late February going from winter in Europe to a hot Aussie summer.

I was blessed to get a job back at Bundy as a foreman of a new project. I finished my diploma in Mechanical Engineering and did a certificate in Industrial Engineering.

We still remember our time in the Black Country and the friends and the generosity at Accles and Pollock, and in the knowledge they deposited in me. Before we left Oldbury, we were given two sheets with a great message on each. Mine was an upside kangaroo with all the staff signing their name, and for Liz it was a hand sketch by her boss of her pining for a Roo.” 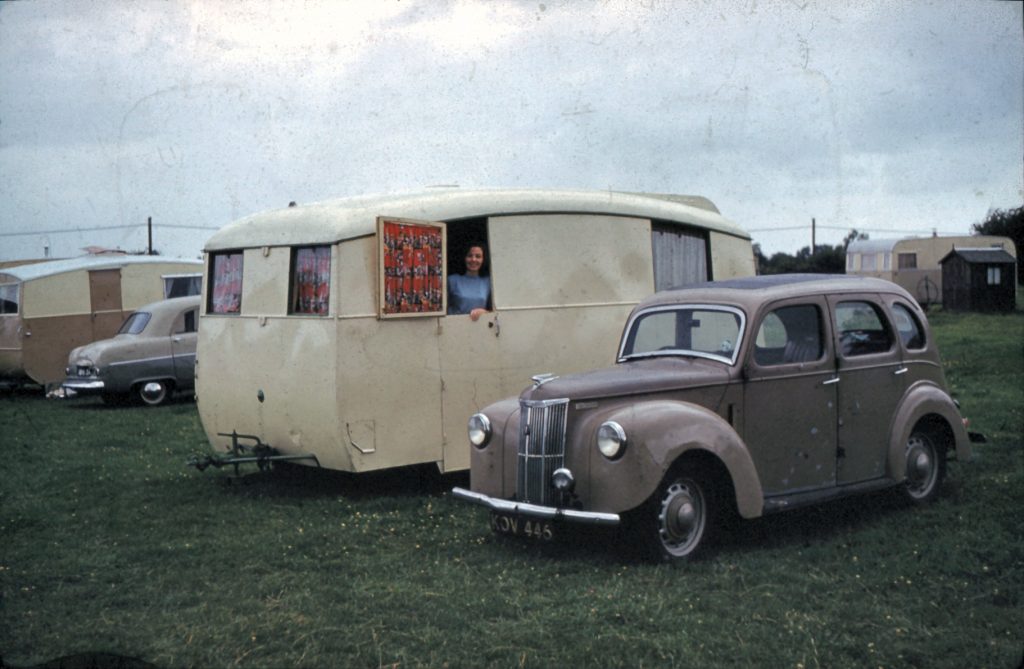 ‘One of the Hacketts had a caravan on-site on a farm in Aberystwyth, Wales. (Walter Hackett was Chairman of Accles and Pollock). That is the Prefect we bought and carried us all over the place without a hitch. Probably more reliable than modern cars.‘ 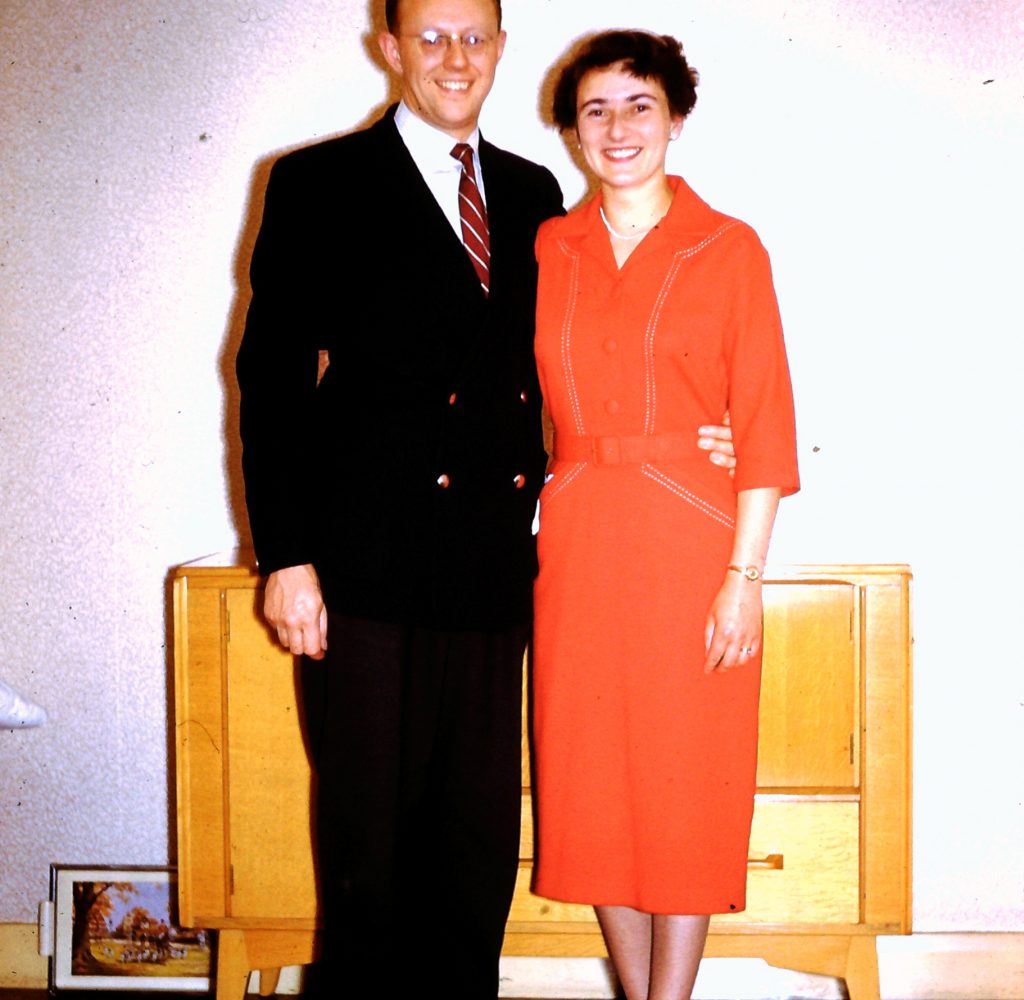 ‘This photo is of Robert Beard and his wife Edwina.’ 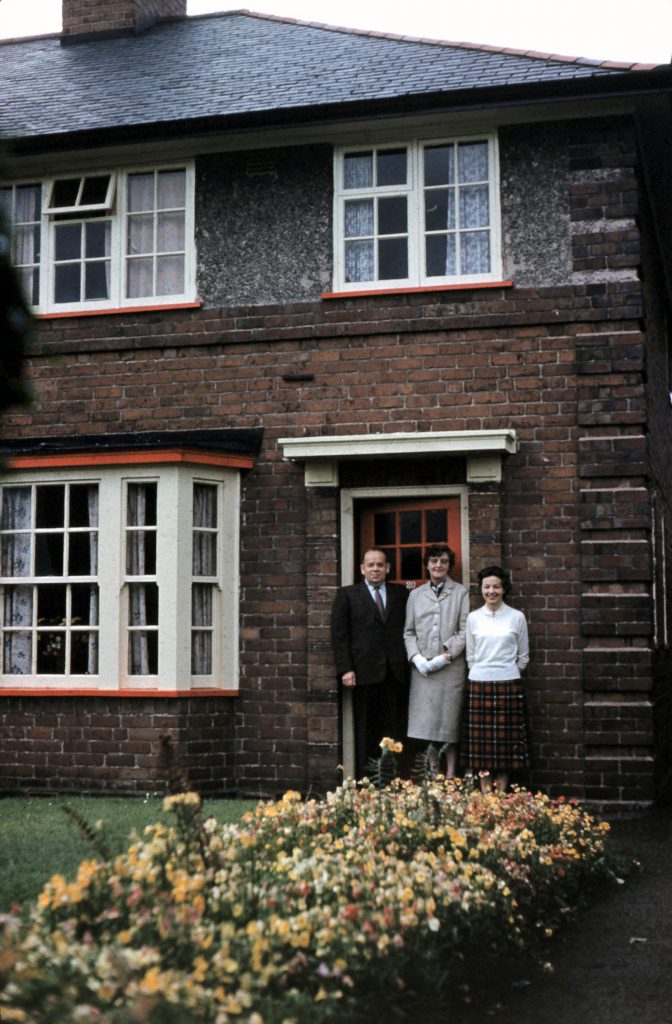 ‘This house is where we stayed in digs with Mr & Mrs Crook at 20 Ridgeacre Road, Quinton.’ 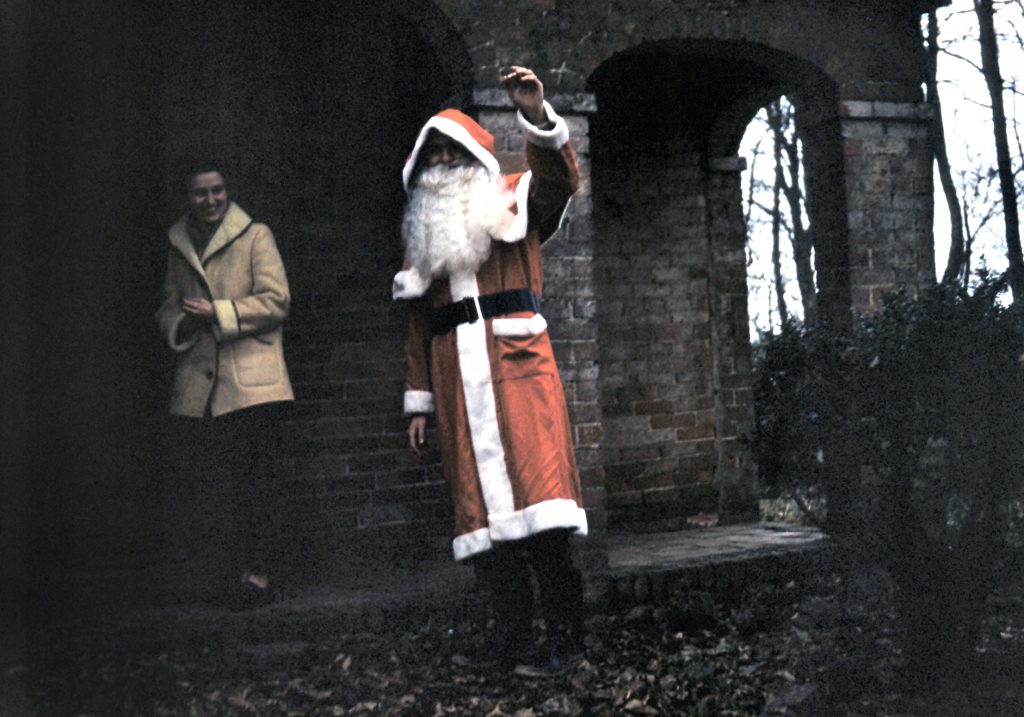 Peter as Father Christmas for the A&P car club. 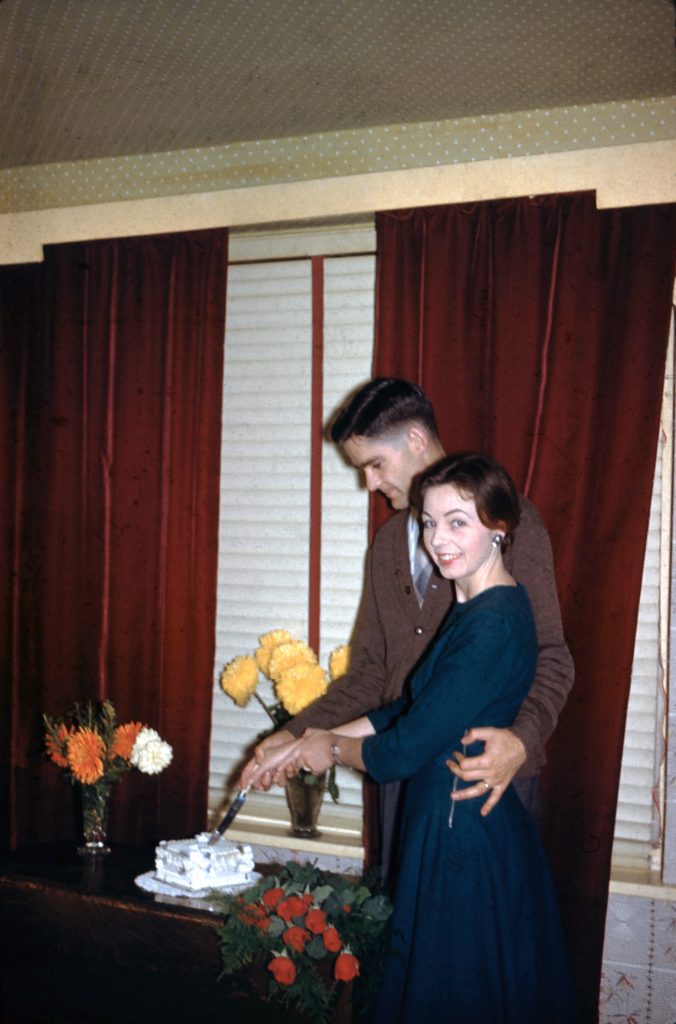 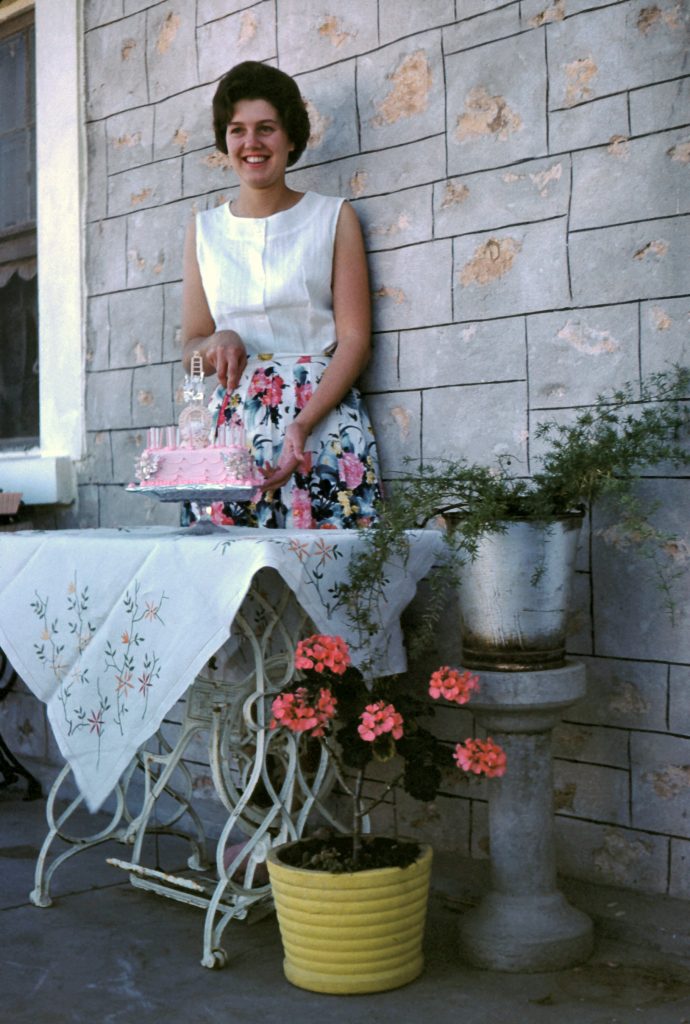 ‘Hazel Hampton was a workmate of my wife in the wages department. Her family sort of adopted us and included us in many of their family events. Hazel flew to Australia to stay with her aunt in Victoria. When we got home she came and lived with us in Adelaide. This photo is of her at the home of my mum in a small town celebrating her 21st birthday. Cake cooked and decorated by my wife Liz.’