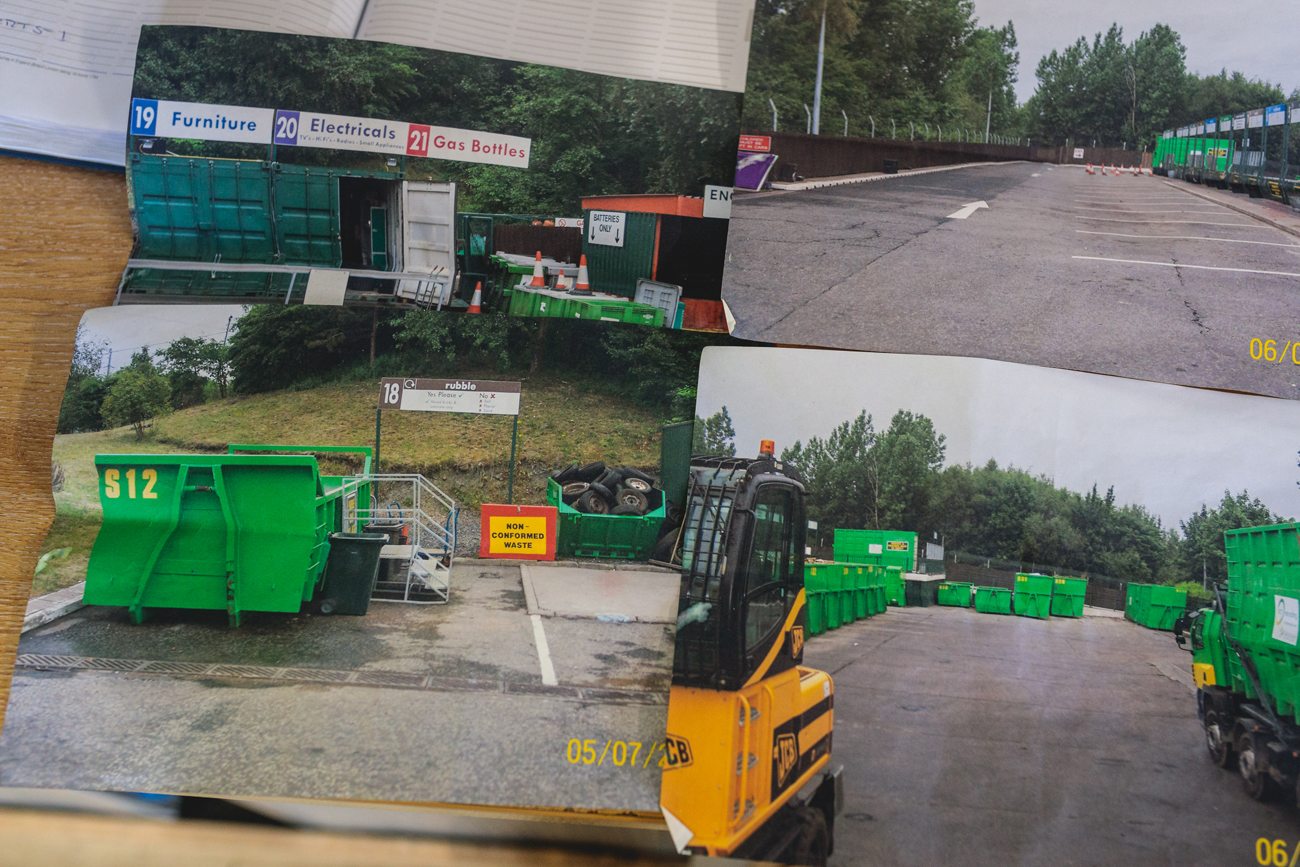 Shidas Lane tip is situated where clay was once extracted for Saddlers Brick Works. The huge marlhole was filled in the 70s, the land reclaimed and finally the tip established. Mark ‘Stan’ Stanford has worked at the tip at Shidas Lane for 29 years.

“I used to drive past here and I had no idea it existed until I came for a job here. It’s changed a hell of a lot over the years. At the start here, it was a case of throwing everything into the skips, the only thing being recycled was scrap metal. Now things have changed with people pushing for recycling. We used to have 17 general waste bins on this site, the 18th bin was for scrap and that was it. We only have 4 general bins and the rest is dedicated to recycling. Anything from light bulbs to car batteries, household batteries, yellow pages, sheet glass, vegetable oil.

The site itself has been considerably extended because of the queues they were having, creating congestion. We collect nearly 5 tons of vegetable oil a year, 19 tons of engine oil, 159 tons of clothes, over 400 tons of wood.

We used to work a two shift pattern here. We used to work 8am to 5pm, or 11am to 8pm. The site opening times have changes, now it’s open from 8am to 4pm every day. The weekends were busy with the flow of traffic. Some of those days we had queues all the way back to the motorway island, that’s how bad it was, causing congestion on the motorway. We have a booking in system for vans and a time limit as well.

It can be a nightmare if the Fuchs machine goes down, that’s our life, that keeps the place open. It elevates and grabs the waste from the front and brings it to the back and compacts it, giving space as we go through the day.

The general waste bins can hold up to 9 or 11 ton, depending on compaction, and the hardcore bins have 13-14 ton in each of those bins. Weekends, with the general waste bins we’re running six to seven bins a day. 900 cars coming in on any day - and that can go up to 1,500 cars at weekend. 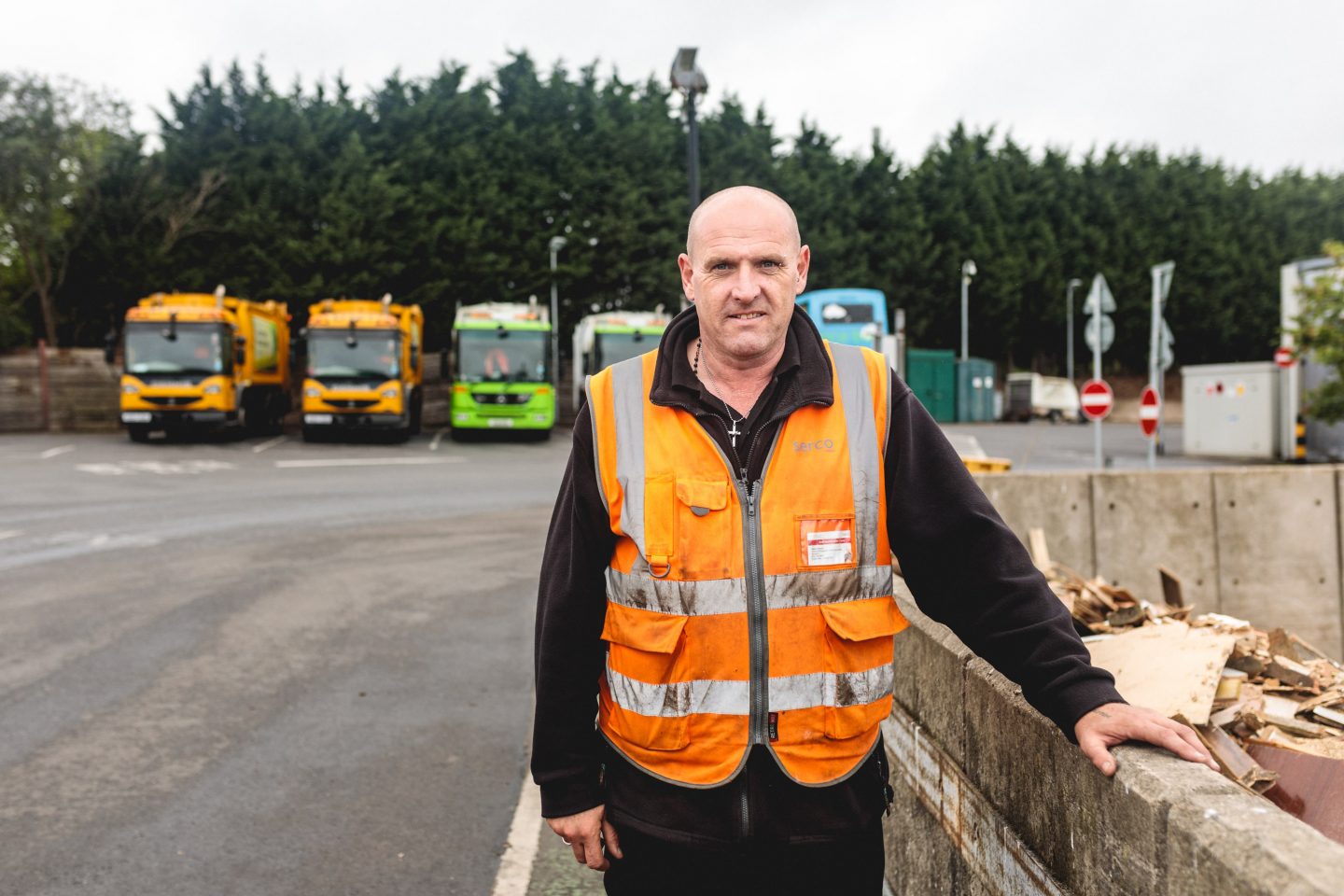 With health and safety we’re restricted of what you can do and the safe way of doing things, which is a good thing because at the end of the day you want to go home. A lot of the public when they are throwing waste away they are not always aware of the danger of the waste. We get asbestos tipped here - we issue a permits out and the bags, so they can bag it up and bring it back to the site, but its still dangerous. Those containers when they are tipped off, they have to be washed because of the fibres inside.

You won’t believe what people throw away. We have 5 guys working on the wall, one machine operator, 3 drivers. We also run the transfer station next door. The guys who do the fly tips and litter picks bring that here as well, and we have 2 food waste bins leaving the site a day. Each weekend we’ll get 3 bins filled with wood. A lot of the wood gets mulched down and used for animal bedding and that sort of thing, that goes to A&A Recycling. The green waste goes to a company called Jack Moodys to be made into compost, and we sell it on site at £2 for a 40-litre bag. The scrap, the cardboard and paper is remade. The ceramics is made into decorative stones and stuff like that, hardcore goes for building. They used to strips the mattresses down. Bottles and cans recycled, clothes recycled or turned into rags. The CRTs – TV’s and monitors - stripped down into the plastics and metals, the tubes exported abroad where they are remade into TV’s. Tyres are ground down and reused. Some carpet is reused, or put into landfill, where it will rot down. Nearly everything here is recycled.

On the site, we take the road sweepings from the gulleys, they’re drained off first then tipped off. The problem with that kind of waste is that it's often wet, so we put it up on the weighbridge and average it out. It’s 13 – 14 ton at a time.

We have fridges to be recycled, from fly tipping and from Sandwell homes. We once had a company that would take tyres and melt them down and used them for making benches. We pick up waste from cemeteries, cleaning from festivals or fairs. There is a council depot next door, for the street lighting and grit. It can be a busy place, times you can’t move.” 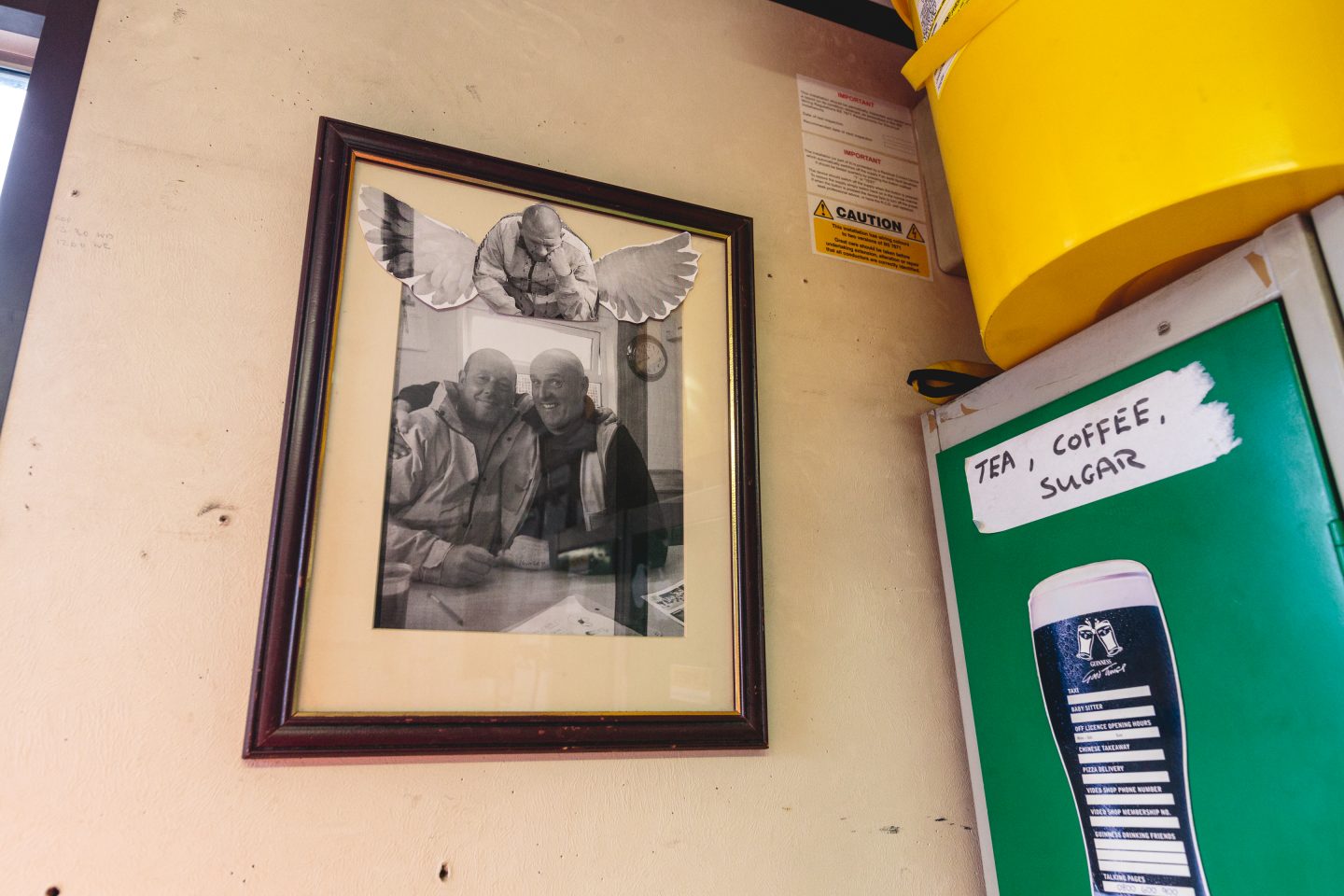 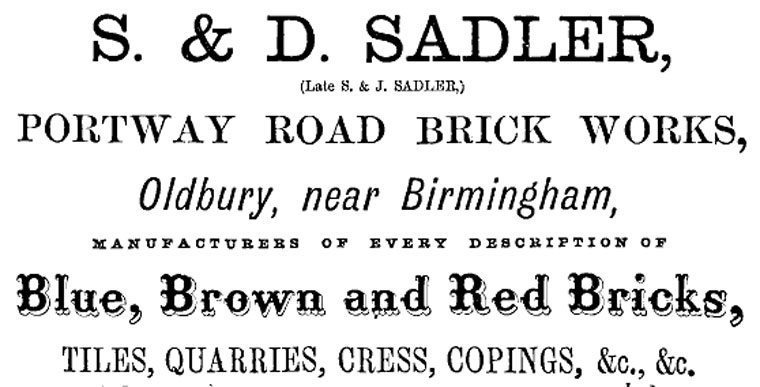 Sadler & Sons established a brickworks in 1847, proclaiming they were the ‘manufacturer of every description of Staffordshire brindled, red, blue and brown bricks and tiles.’
Read More →