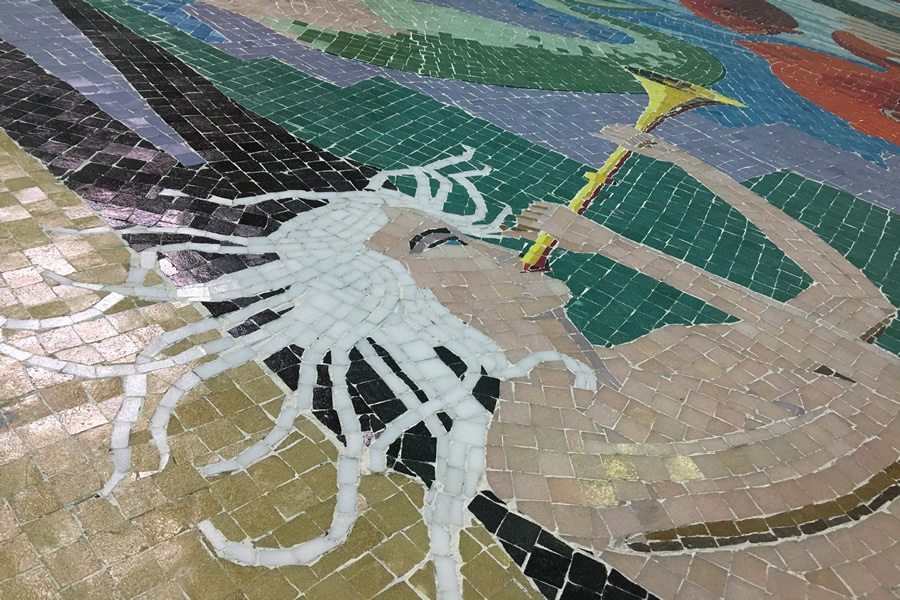 “The opening of the Public Baths in Vicarage Road on May 8th 1937 provided a wonderful new facility for the local community – and was much safer than the canal. A Jackson would never had admitted that he couldn’t swim, I used to dive off the bridge into the canal and head for the bank. It was one way of learning.”

The Souvenir Programme for the Opening of Public Baths, in 1937 said:

‘A feature of the building is the glass doors arranged along one side of the Bath Hall, opening on to the promenade surrounding the out-door bath. These doors will open in fine weather and will enable indoor bathers to use the out-door bath when conditions are favourable. It is hoped that he out-door bath, which is primarily intended for children, may also in fine weather provide an attraction for adult bathers. The swimming bath will be open for mixed bathing from 1st April to 30th September each year; and it is proposed to use the building for public functions during the winter months when the pool will be covered with a removable wooden floor.’ 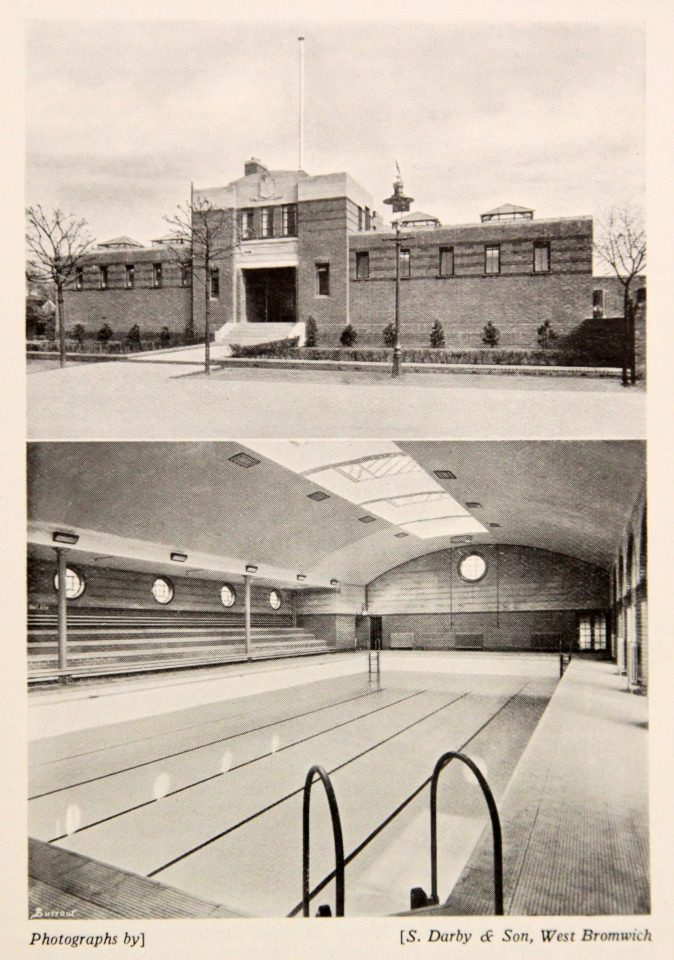 In March 1949, that Oldbury Local Employment Committee staged an ‘Exhibition of local Industrial Effort’ to show ‘what Oldbury makes, why Oldbury makes it, and where Oldbury products go.’ Opened by George Isaacs, the Minister of Labour, it was described as ‘Oldbury’s biggest ever exhibition’, the first of its kind to be held anywhere in the country. Mr Isaacs also commented on the souvenir brochure: ‘I am very surprised that there is nothing in this booklet about printing. I am a printer and I would like to say that this is one of the best examples of printing I have seen in a long time.’ He was particularly interested in the work of J.A Webb and Company. One of their products that caught his attention was a miniature hand type-casting machine, and an automatic canister code-printing machine.

Much of the exhibition over four days at Langley Baths consisted of a preview of the wares of 30 firms, which would go to the British Industrial Fair in May at Olympia.  There was also a civic display called ‘Britain in The Balance’, along with a cinema. One of the most crowded stands was the Borough Council’s health section, where the gas and air analgesia apparatus for use in painless childbirth was displayed. It was pointed out that over the past six months only 20 women thus far had taken advantage of this apparatus in home births, even though all Oldbury midwives were trained it its use. 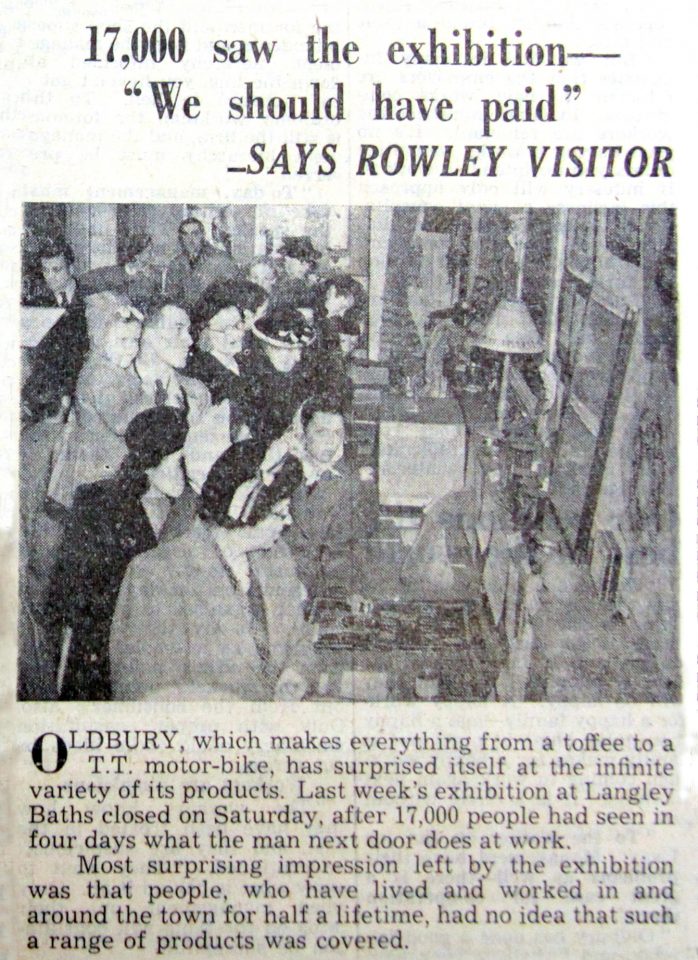 The Mayor, Alderman B.T. Robbins, called it a red-letter day in the history of Oldbury. He said: ‘This unique exhibition of the products made in Oldbury will prove a revelation and an education to everyone of us. We know that Oldbury played a great part during the war. It is going to play an even greater part in the battle for national recovery.’

‘I’ve lived and worked in and around Oldbury for 29 years and had no idea that these things were all being made in the town’, said Mr. A. Moore, who originally came from London. Mr. H. Spittle, of Oldbury, was interested in steel window frames, planning to build a sun-trap verandah for his home. He said he was very surprised by the range of the exhibition.

As for Langley Baths, by 1956 there were calls for a newer and larger pool, as the number of bathers over the previous three year period had increased from 33,000 to 80,000 a year. School swimming accounted for 30 children entering the baths every half hour in term time, and on hot days 1,150 bathers used the facilities. Secondary Modern School girls, in particular, were reported to be taking to the water ‘training in scientific and musical swimming.’ The number of galas had increased from two or three a year to more than a dozen. The baths superintendent Mr. E. Morgan told the Weekly News that ‘elaborate arrangements are being made for the dancing season, which begins in October. the baths, then converted into a dance hall, are to be decorated throughout, and a new bandstand is being prepared, together with new lighting effects.’ 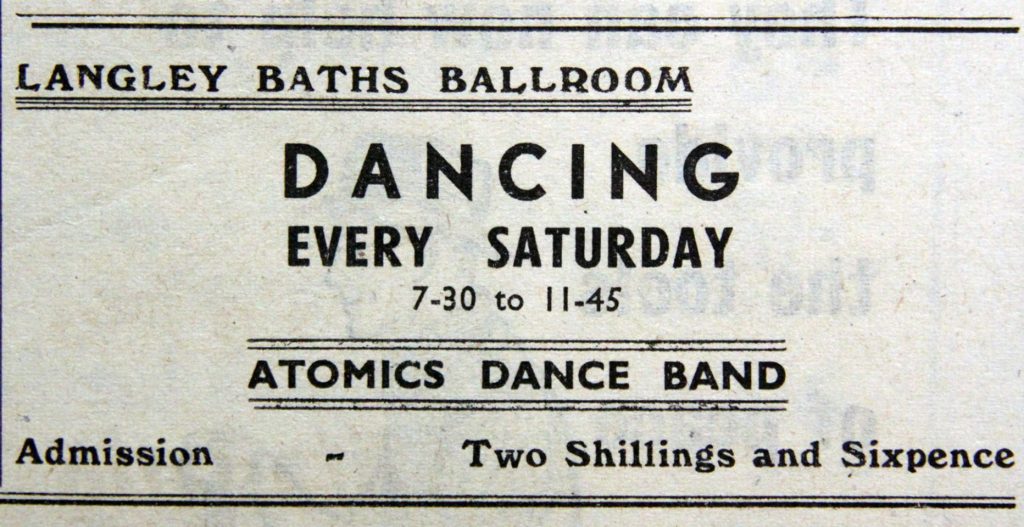 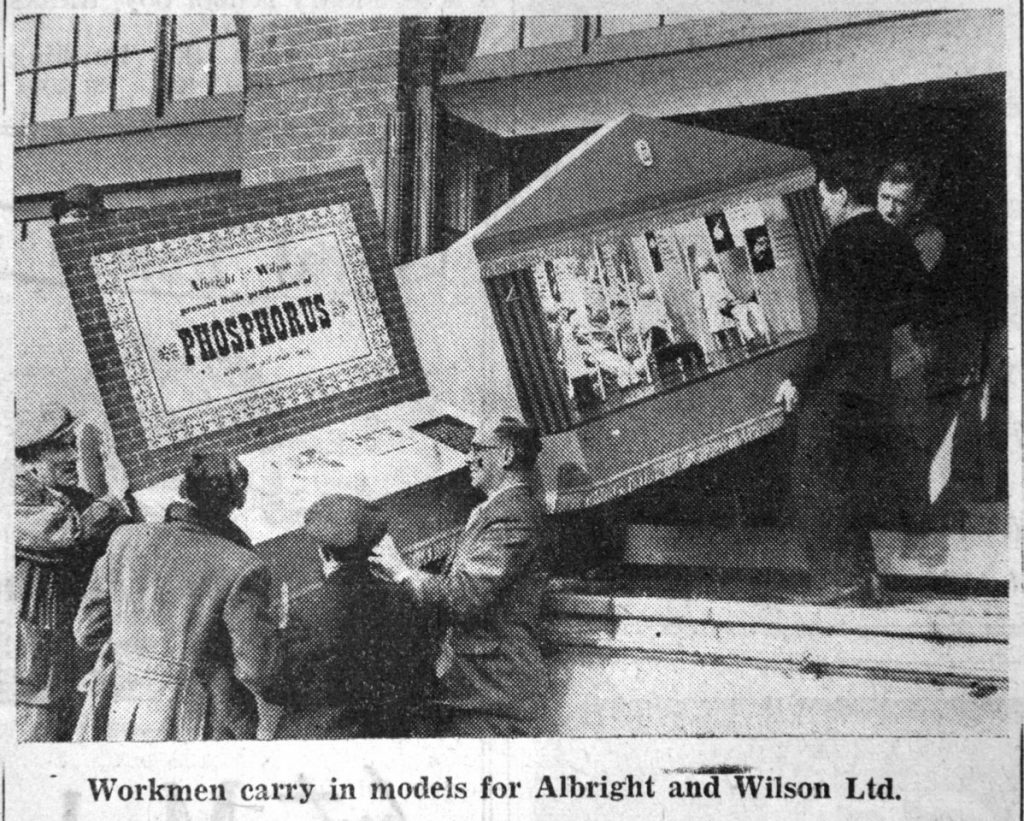 ‘Made in Oldbury’ exhibition, Warley News, 1949 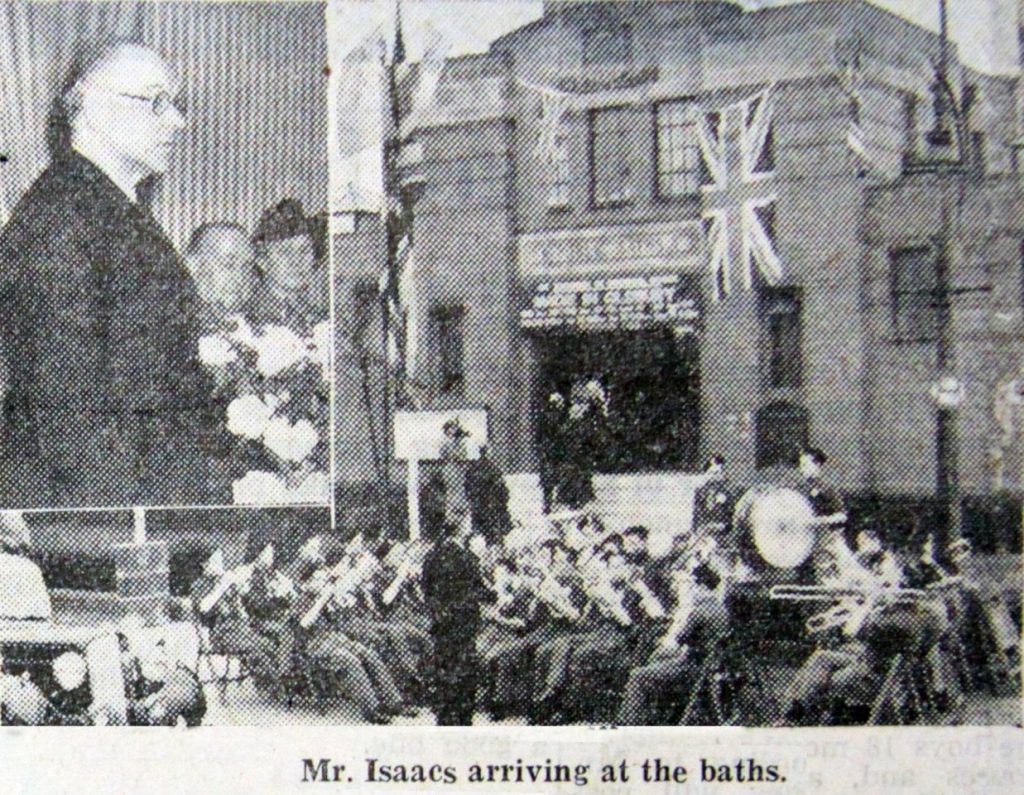 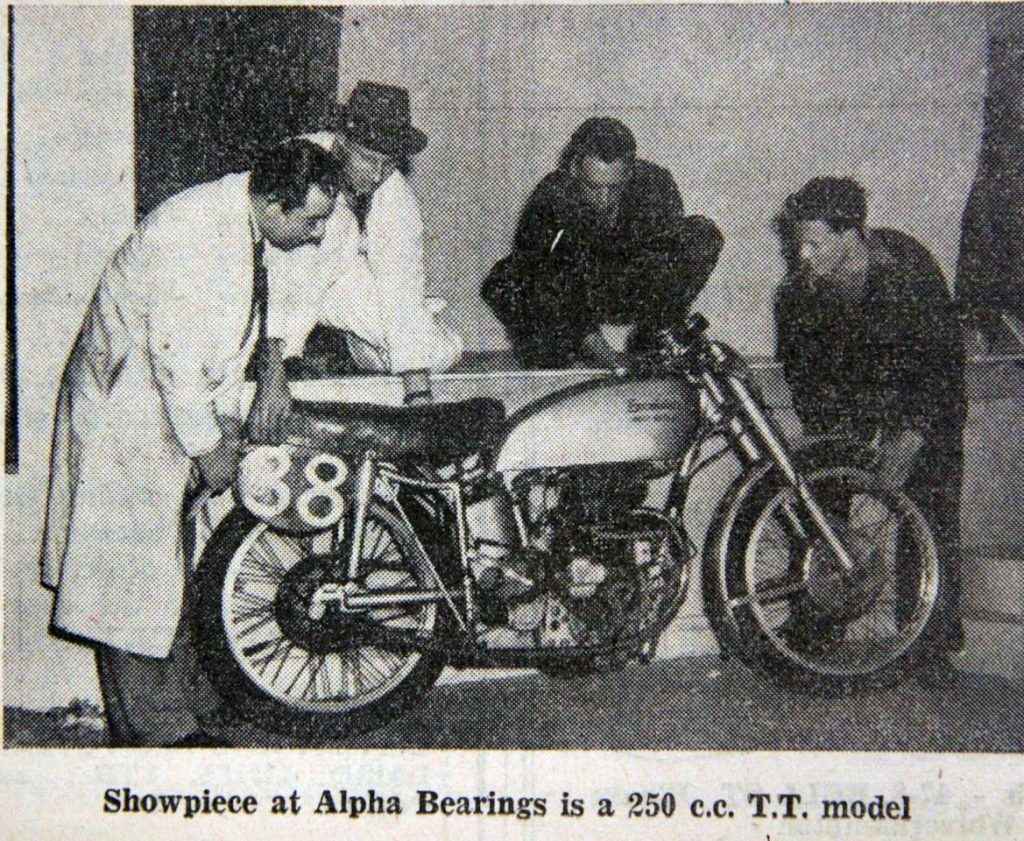 One of the exhibits at 'Made in Oldbury.' 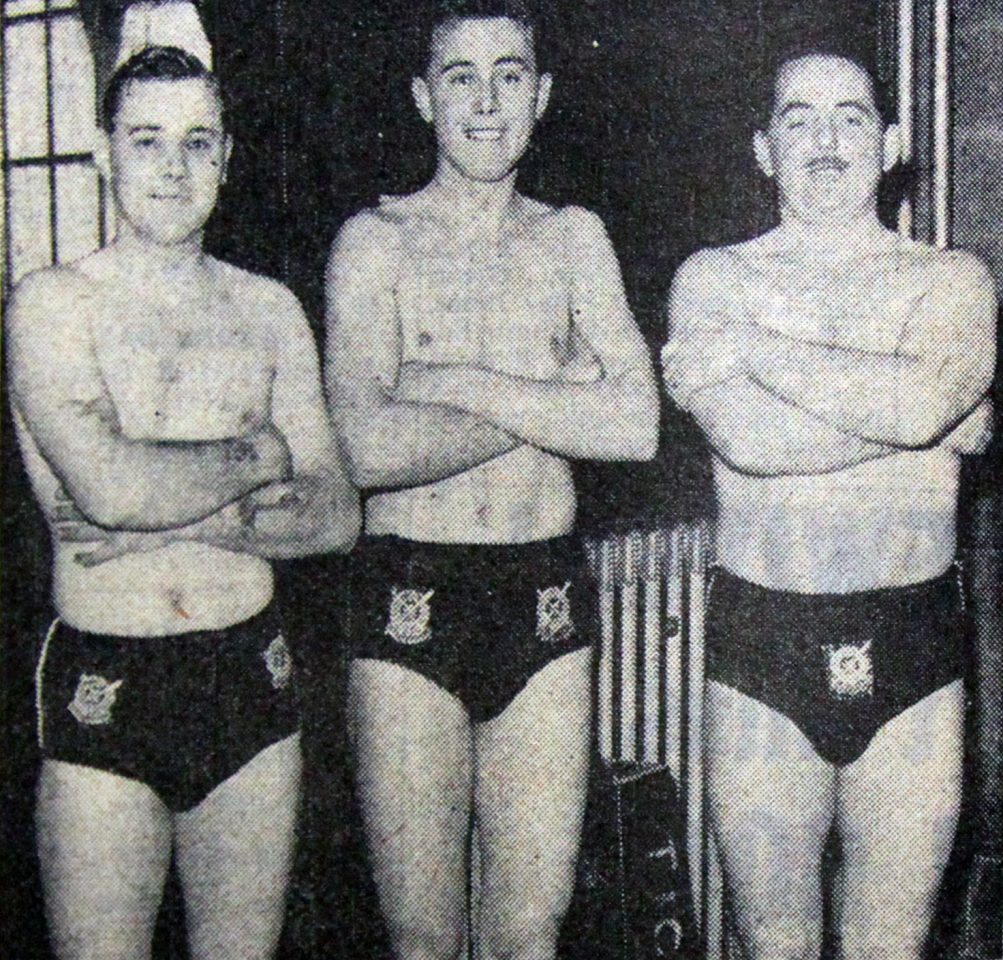 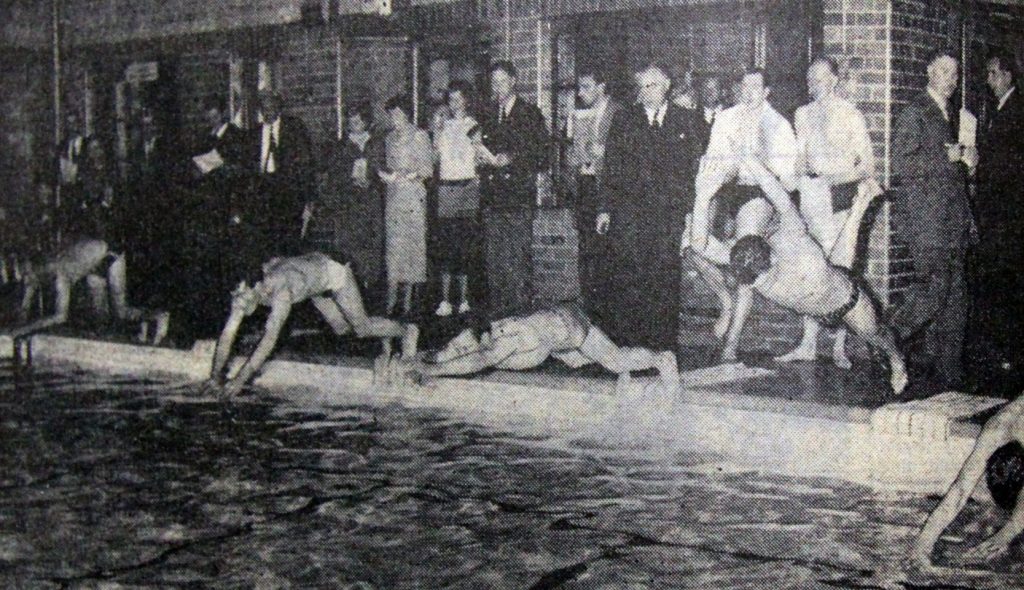 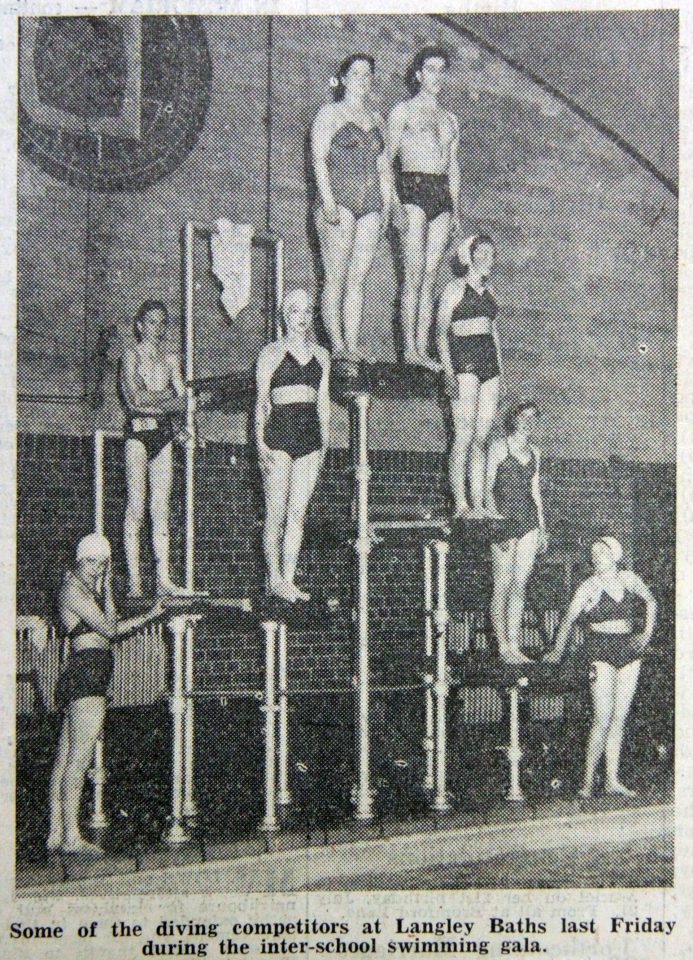 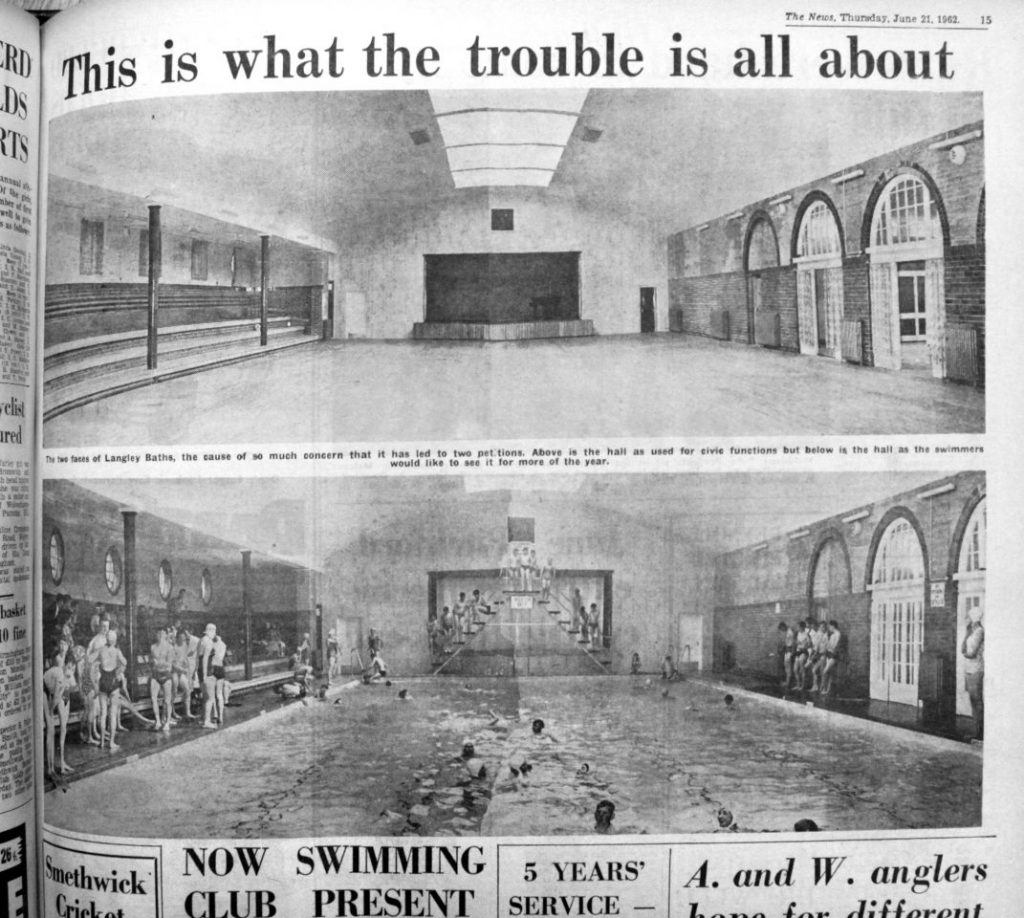 The baths are known for their colourful mosaic along one wall. Amazingly, John Robinson, the Assistant Operations Manager of Sandwell Leisure Trust - who run the swimming centre today - worked on the piece in 1967/68 as part of his art class when attending Albright Boys School. The art teacher was Mr. Frost.