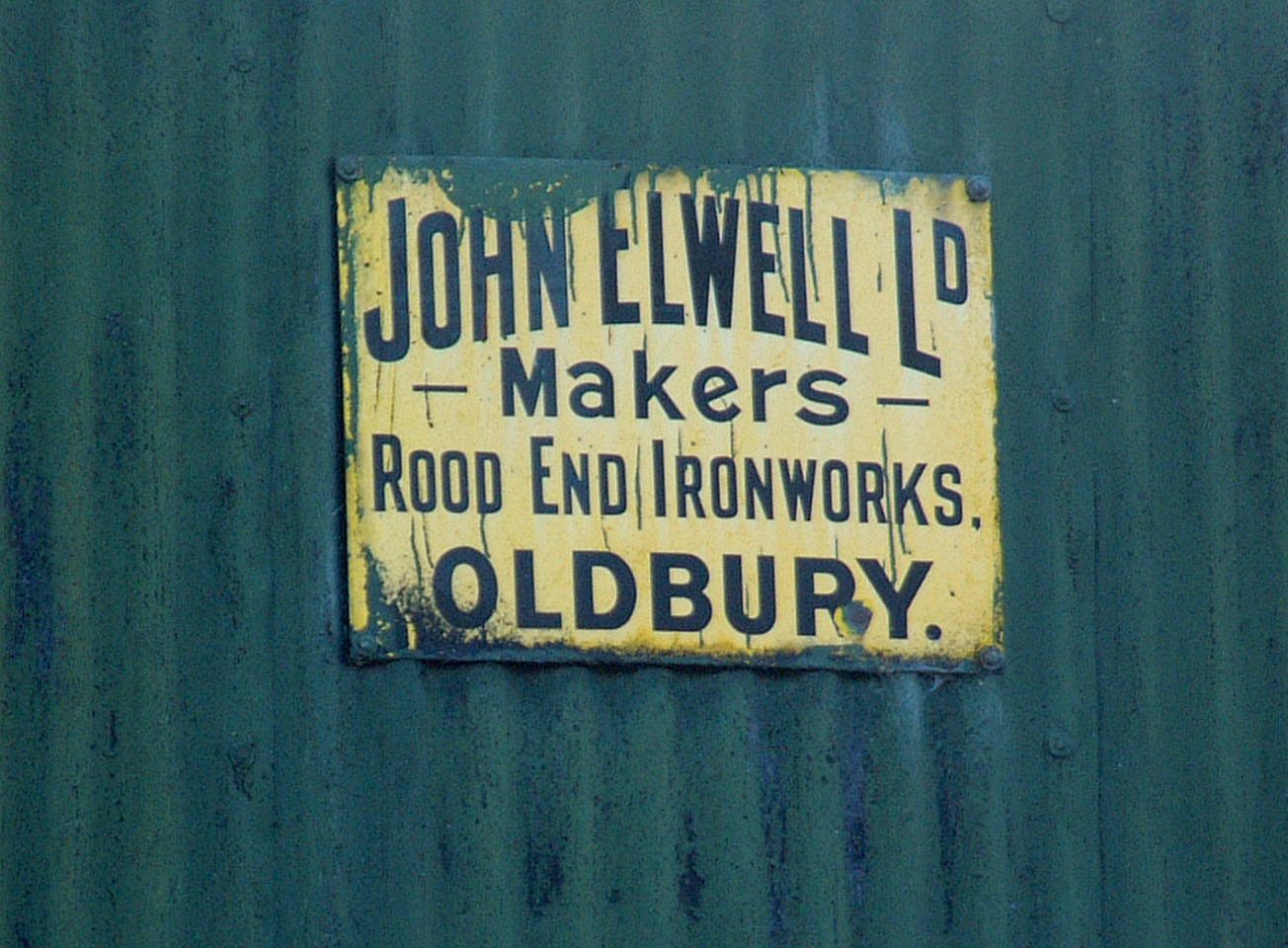 Elwell did not feature in the 1949 exhibition at Langley Baths. Their ironworks produced numerous items such as steel roofs, pig and cow houses, sectional steel sheds, garages, stores, many for agricultural purposes. They were also wholesale makers of fencing and gates, standards, stakes, tennis surrounds, wire fencing, galvanized tanks, cisterns and cylinders.

The company was originally founded by James Felton Elwell in 1860, a steel merchant from Snow Hill, John Elwell being the brother. The firm moved to Oldbury in 1926, alongside the Rood End railway yard. In 1972 the company was sold to Tube Investments. 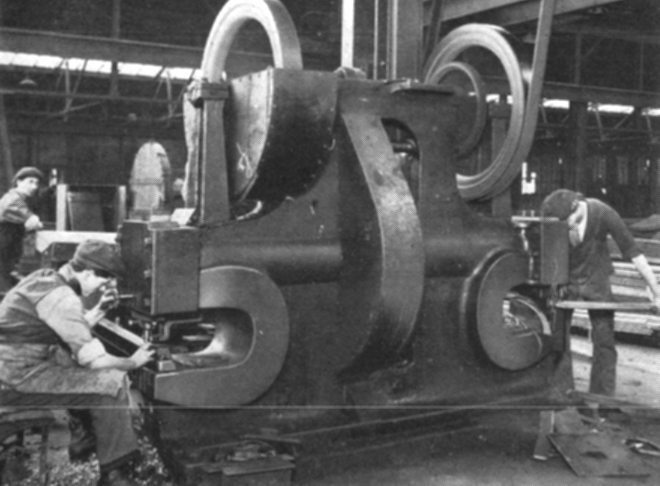 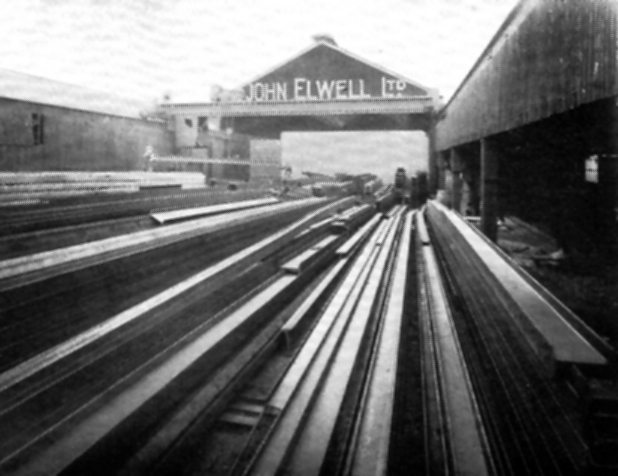 The stockyard next to the railway. 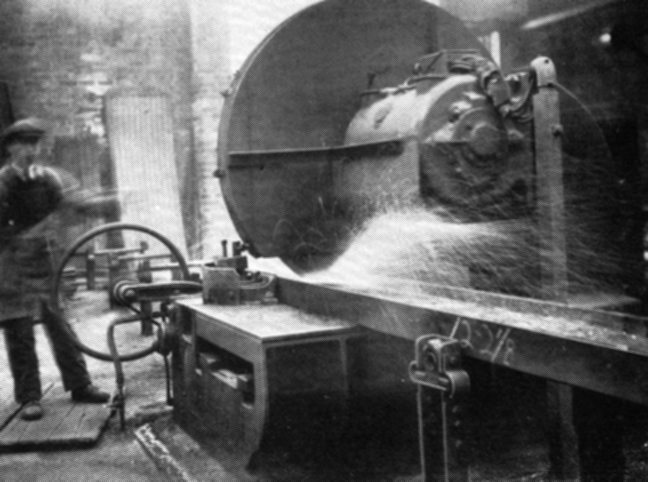 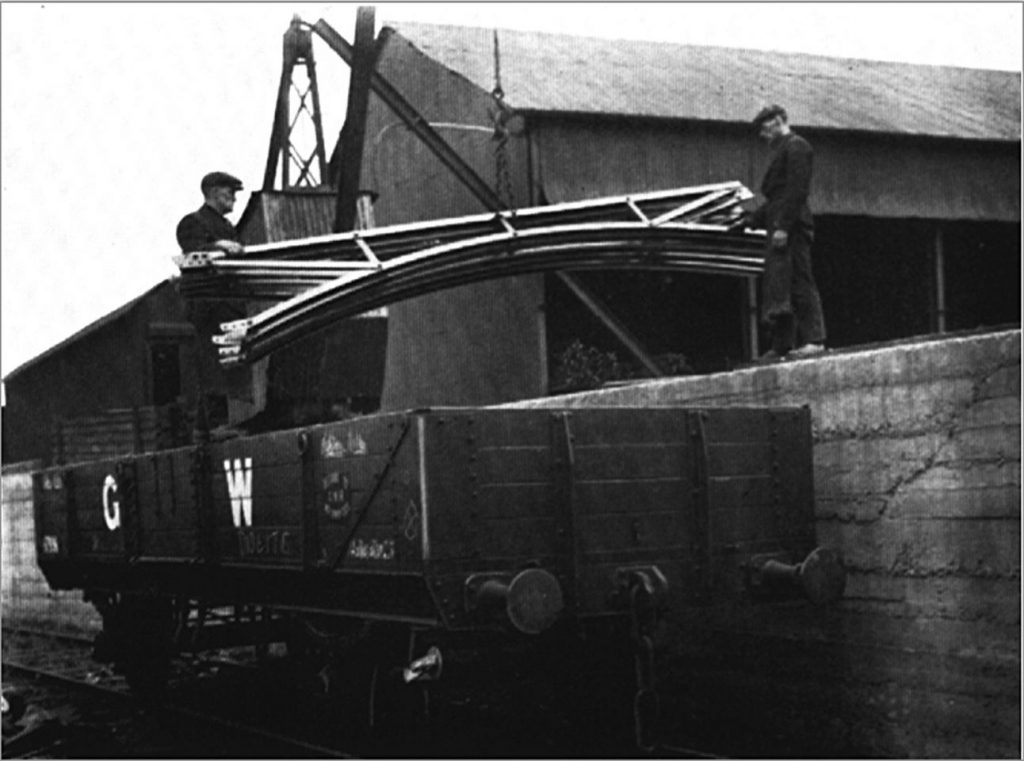 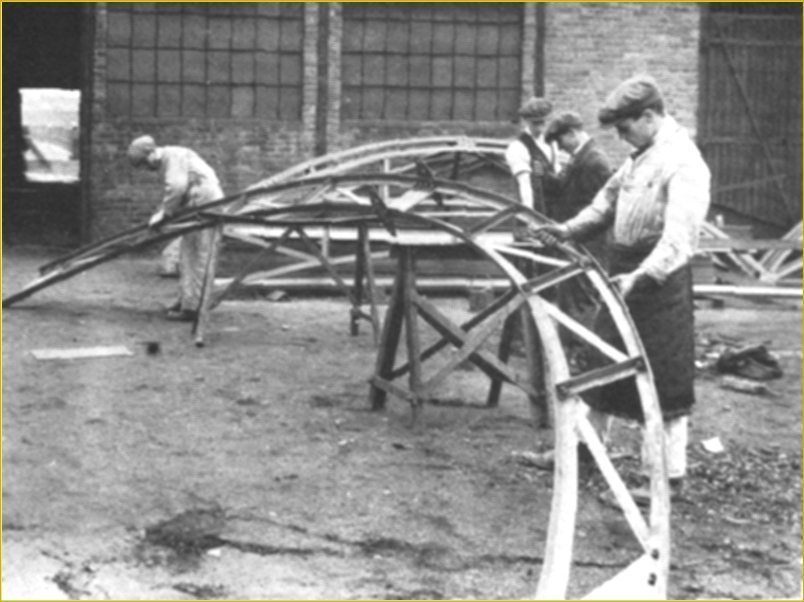 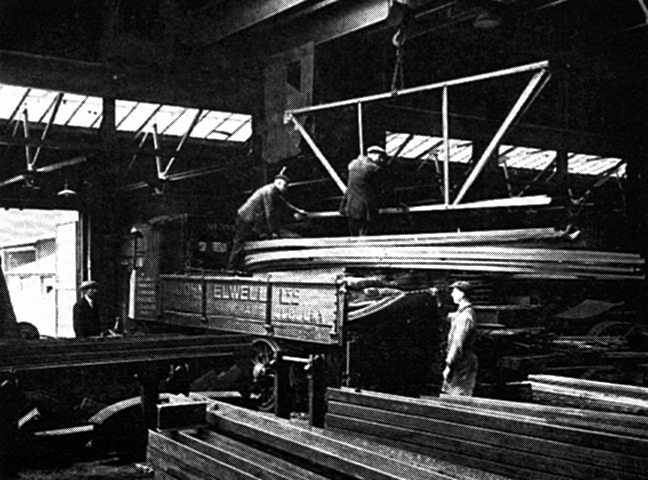 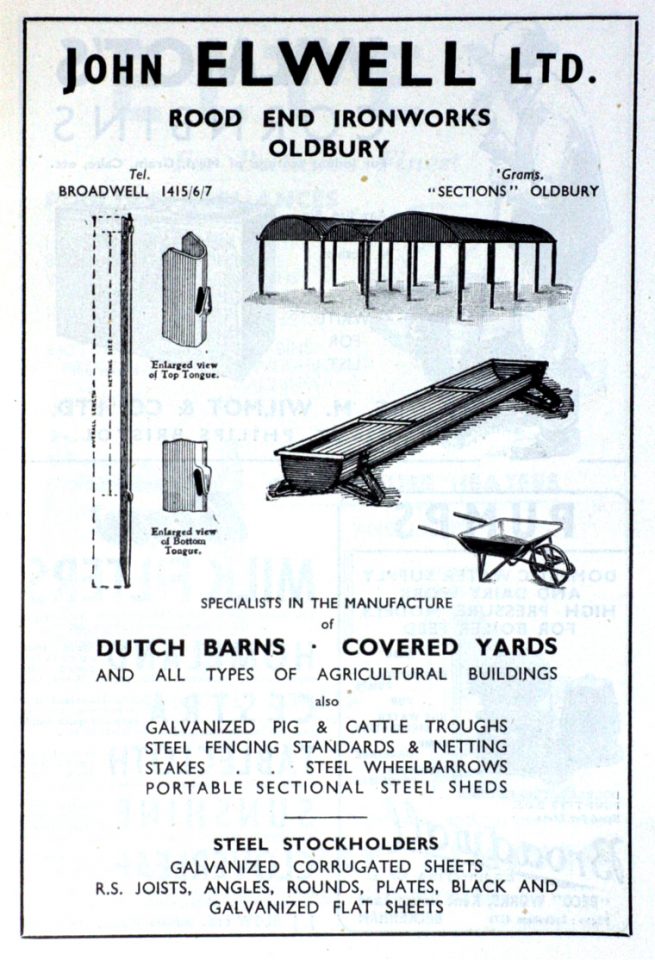 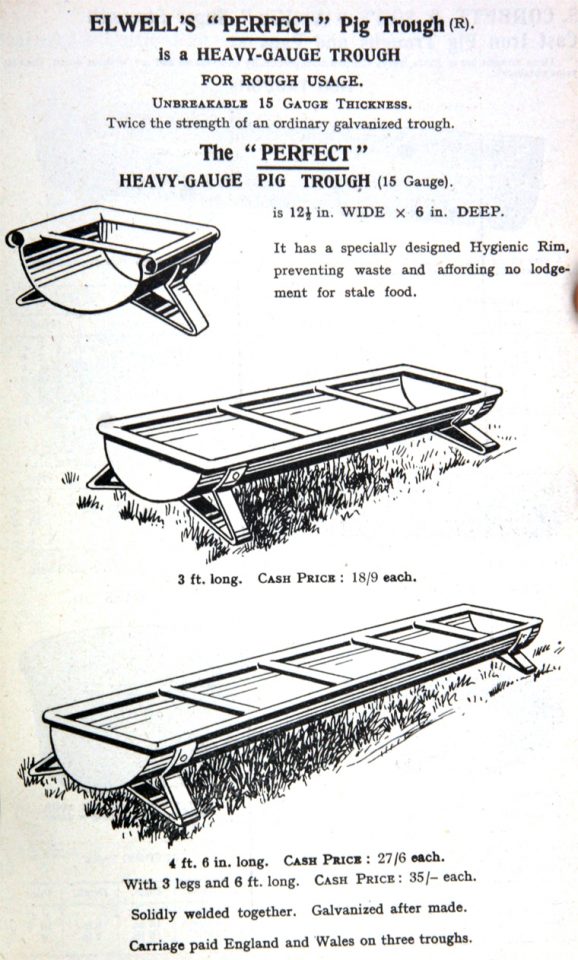 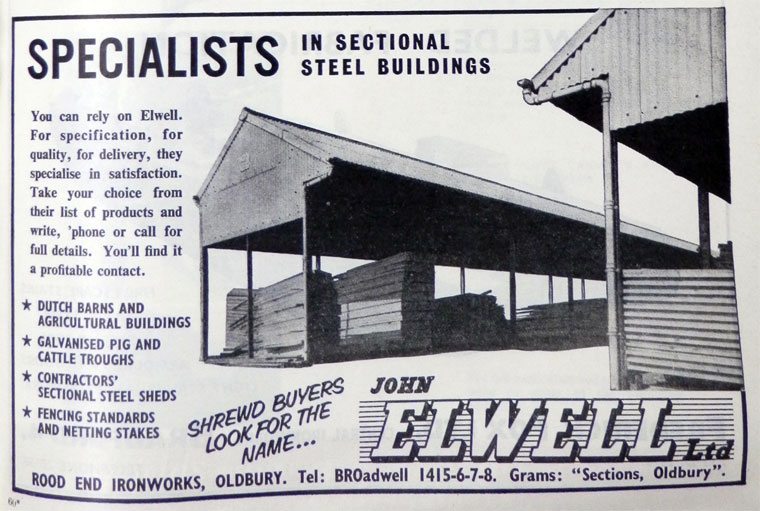 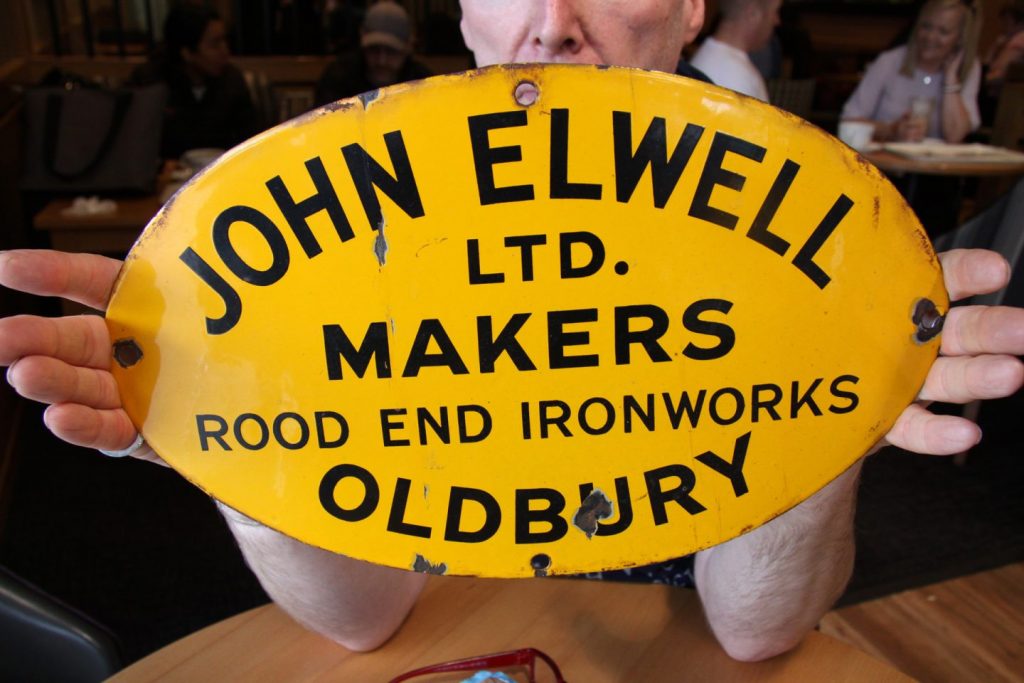 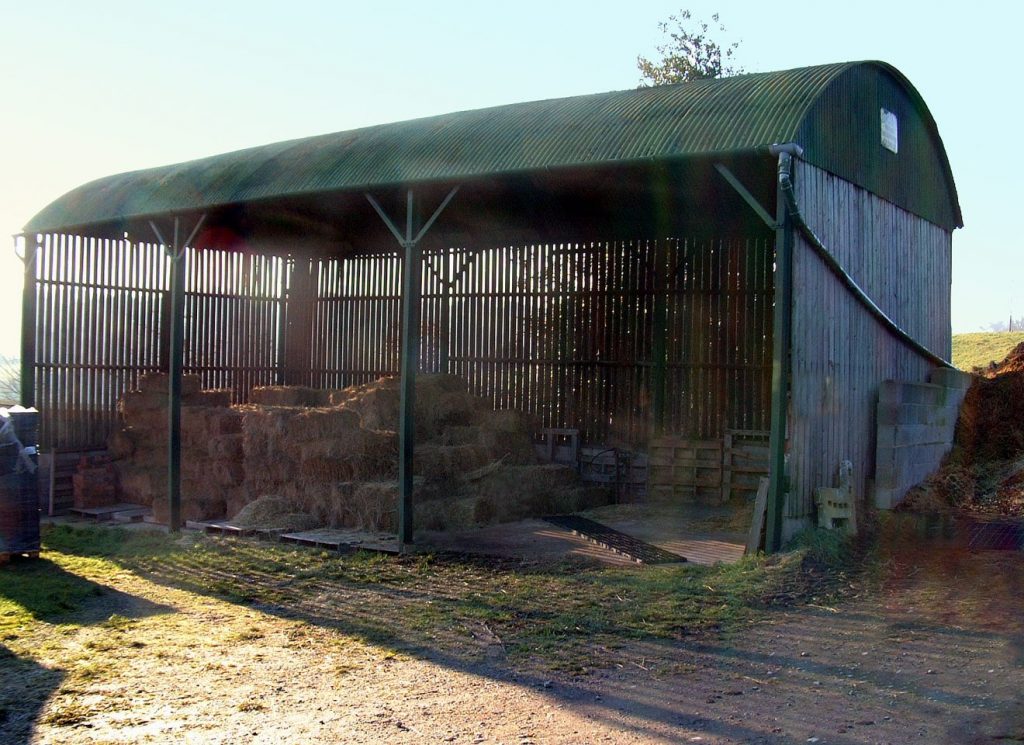 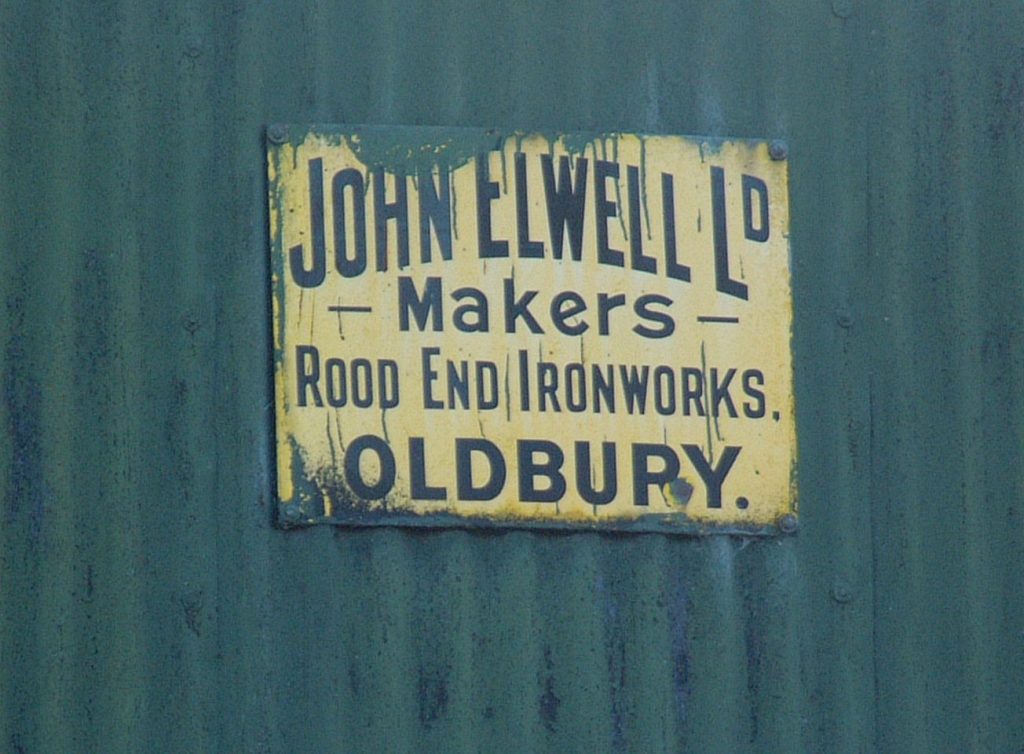 Peter Bayliss shared this story behind one local building made by Elwell. His family garage was originally built by Elwell Buildings around 1925. He tells us that the roof was also later replaced by Elwell and built onto the existing structure. The garage still stands today in Smethwick. In 1960, his grandfather bought the garage from William Thurstan Junior, so celebrates 60 years of operation as Bayliss Garages Ltd in 2020. Peter is the third generation to manage the garage. 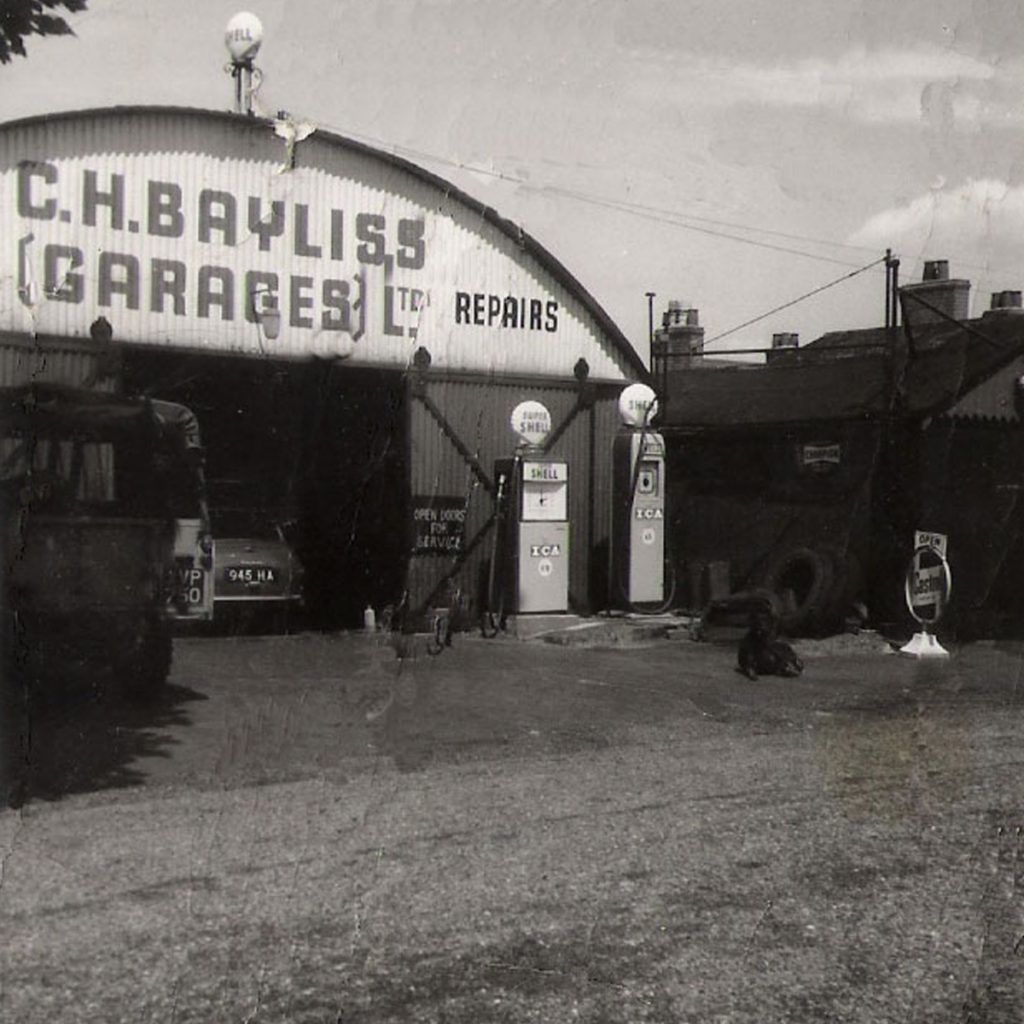 Peter tells us: ‘From my research William Thurstan Senior bought 76 Rathbone Road when the houses were first built around 1910 and ran a garage with a pit at the end of his garden. By 1925 William Thurstan Junior bought a plot of land at the end of the garden (400 sq yards), previously part of the Slatch House Estate which became 1a Sydney Road, Smethwick. Tragically while working at Tangyes Limited in 1926 William Senior was killed when a two and a half ton flywheel burst inflicting a terrible injury. As you can see by the aerial view photo below you can see that by 1927 Elwell Buildings had built two sections of the Dutch Barn structure while the houses on Sydney Road were being built. We don't know when the last part of the structure was added but it was done before 1960. Elwell buildings were brought in some years back to replace the roof sheets.’ 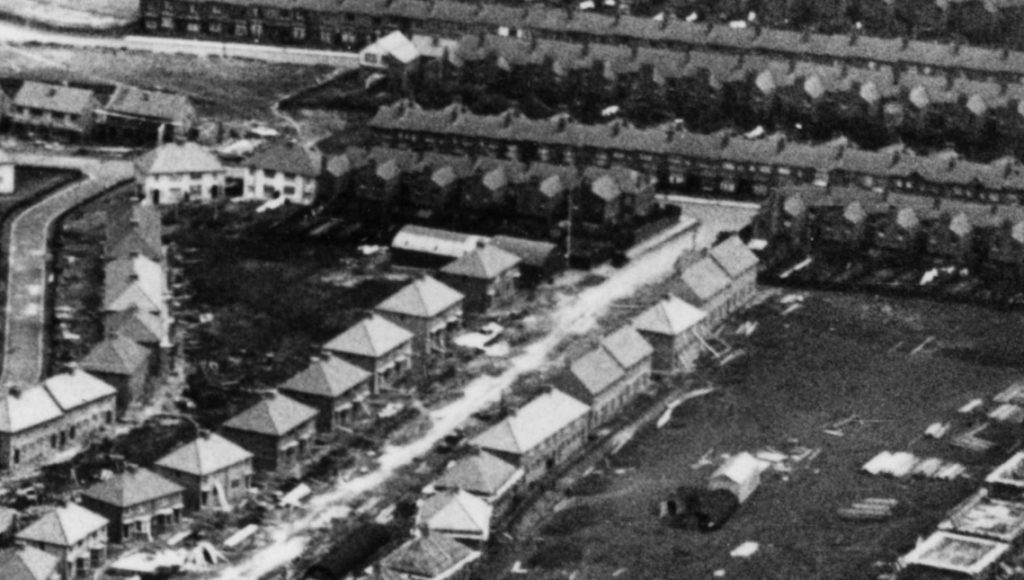 ‘This next picture shows my Uncle Charles Henry Bayliss Junior with his Lotus 7, my father John David Bayliss, my grandfather Charles Henry Bayliss (the purchaser of the business and coal merchant) and my Nan Daisy May Bayliss (nee Bunting) all outside the garage, approximately 1960. You can see what was the original wooden garage on the right.’ 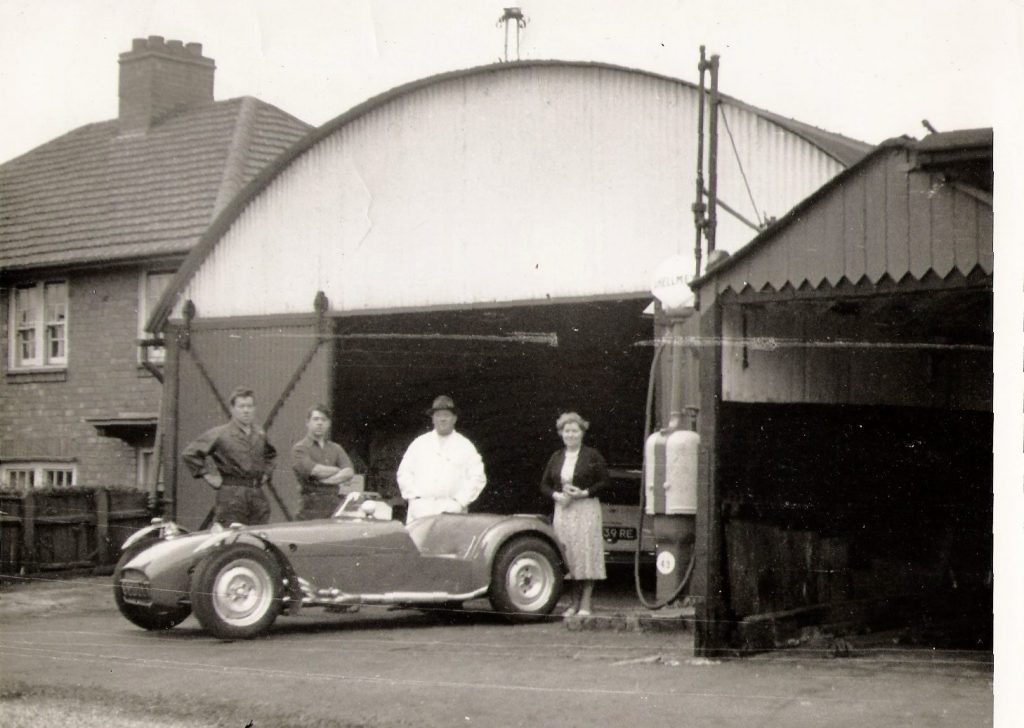 ‘This next, circa 1962, shows the old garage on the right removed and a new extension built, which took up three-quarters of the garden of 76 Rathbone Road.’ 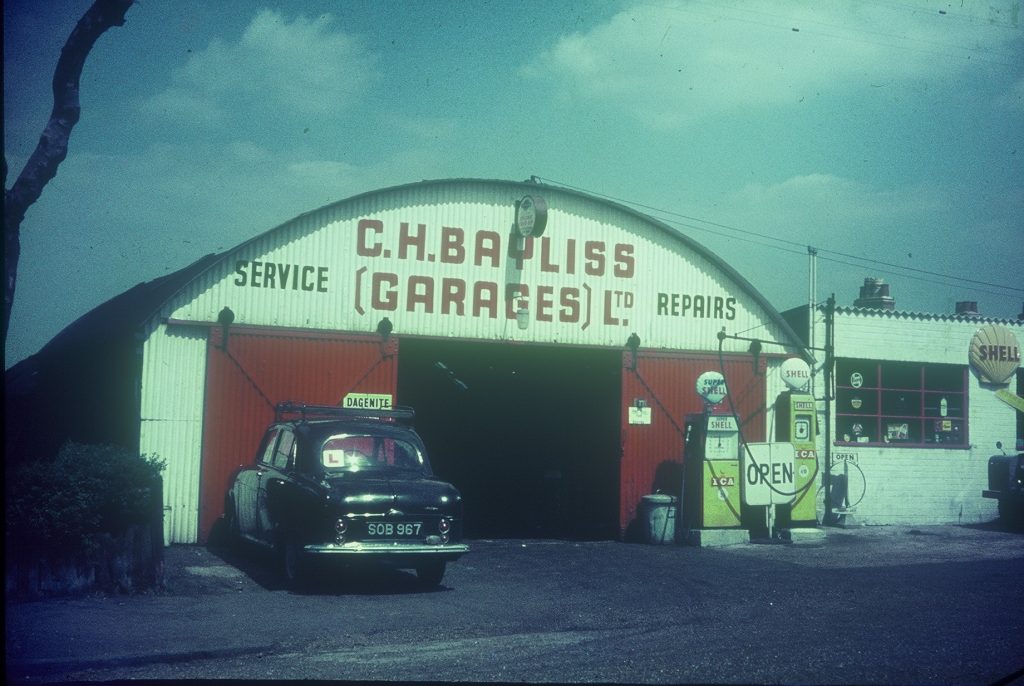 ‘This photograph of the interior shows the original steelwork in the background, as it still is now.’ 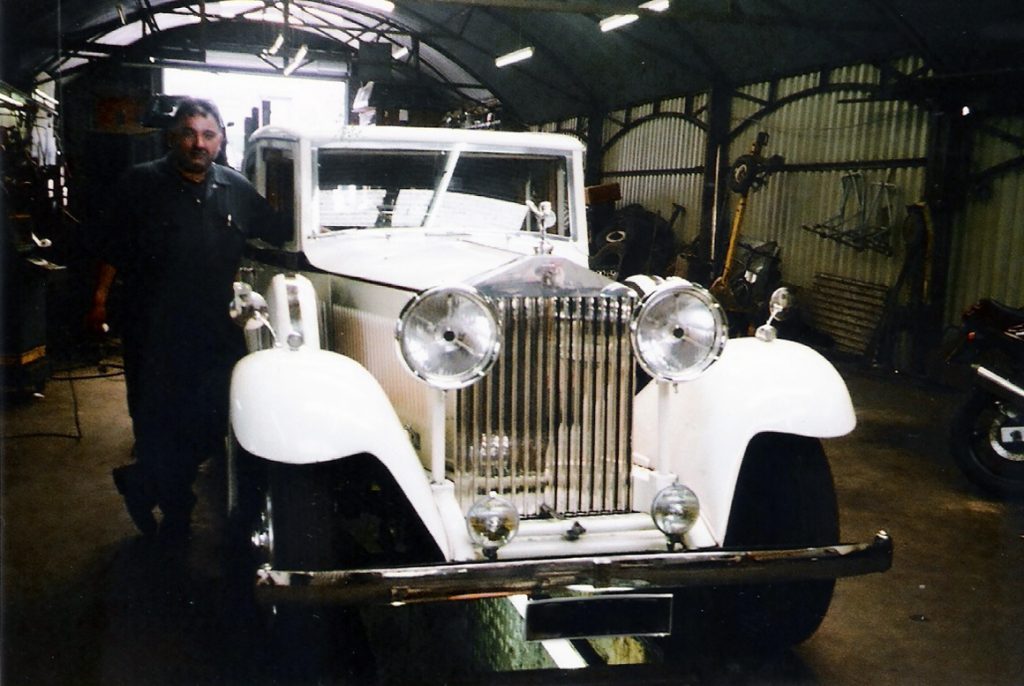 Advertising from the garage, the 1960s. Note the opening times! 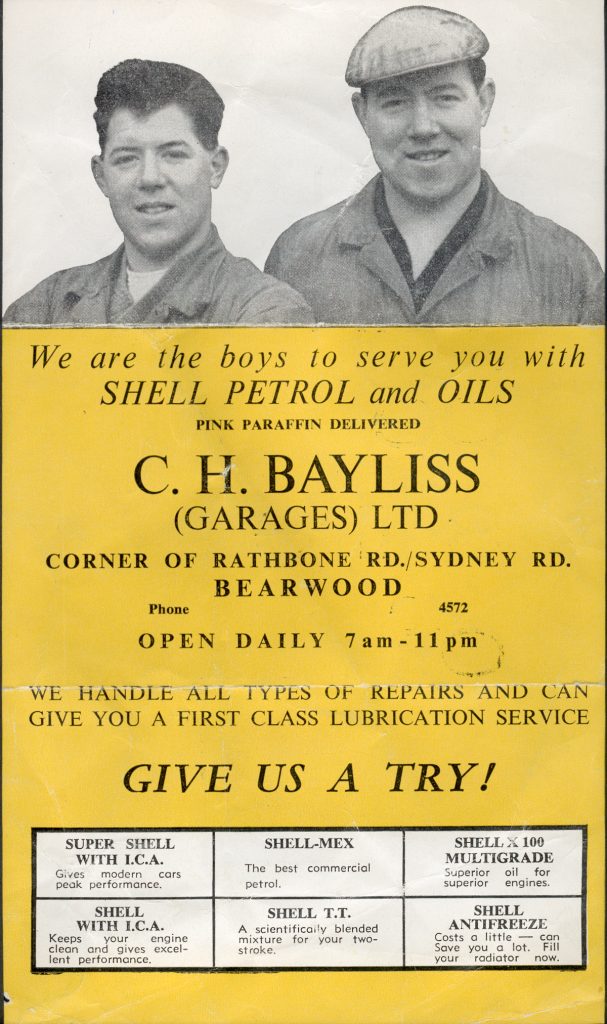 The Bayliss family has other links with Oldbury, as Peter’s great Aunt Phylis Maude Cornwell (nee Parry) worked at W & T Avery Ltd for many years. (She sadly died in childbirth in 1939.) His grandfather John (Jack) Henry Sharman Parry (Phylis's brother) also worked at Avery's soon after leaving school. Image below: photograph presented to Phylis Maude Cornwell in appreciation of her long service for W.T Avery. 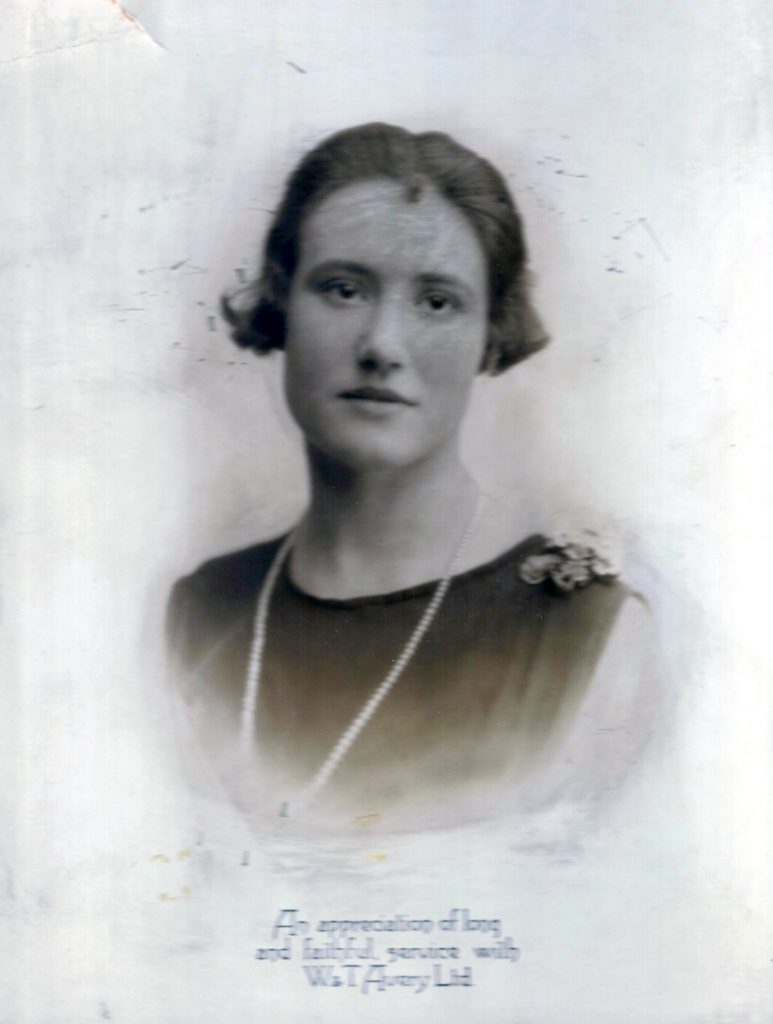