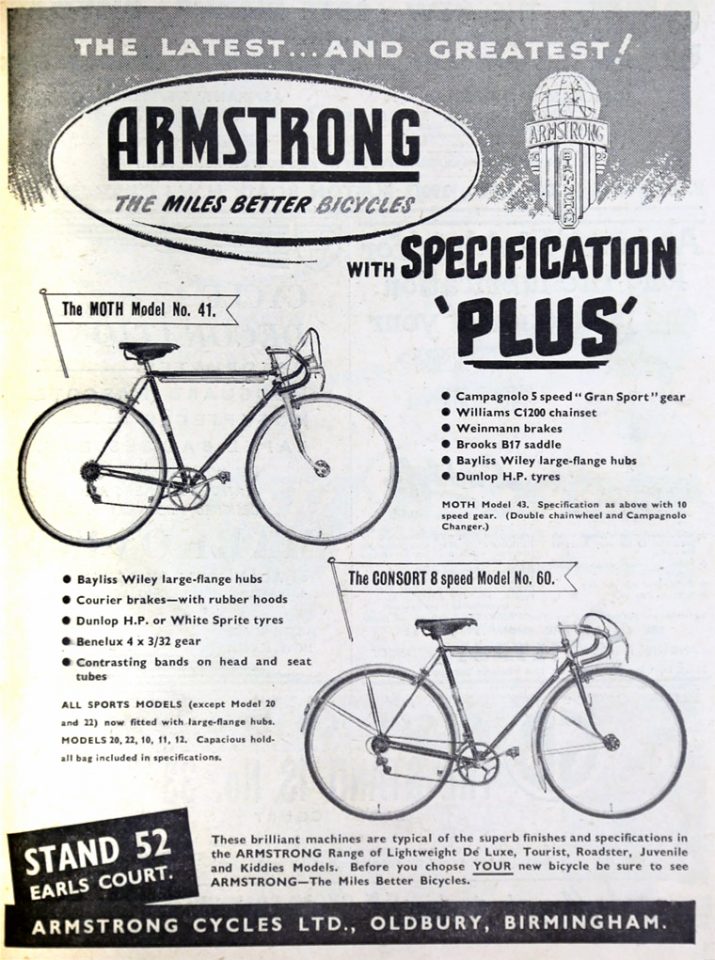 “I was employed by Armstrong Cycles Ltd from September 1951 to December 1957 as secretary to the Export Manager, Les Stanley.

A Mr. Fearn had been the owner of the company before being taken over by Tube Investments Ltd when the works were in Sampson Road North, Sparkbrook, Birmingham. Following the takeover, the works were moved into the new TI Factory Complex in Rood End Road, Oldbury, along with other TI firms, such as PEL (tubular furniture) and Gowshalls (road signs). The complex was called Sampson, presumably from the Sparkbrook connection. It had its own canteen on the opposite side of the road.

The director at that time was Len Wilkinson, Jim Mumford the buyer, A. G. Cobley the cashier. Miss Bird (later Mrs Bradley) worked in the office together with Edna Enderbury. Nellie Gaunt was Mr. Wilkinson’s secretary. Jack Goff was Assistant Export Manager, but when Mrs Stanley left, Jack took his place as Export Manager. After Jim Mumford died, Peter Kendrick took his place as buyer - and I think he came from Raleigh Cycles.

There were four representatives for the whole country, including George Swann in the Midlands, George Fleming in London, and Mr. Waterman in the south-west.

Bicycles were exported to many countries. The largest buyers were the Rhodesia’s (now Zimbabwe and Zambia), India and the Federated Malay States (now Malaysia). Export orders were made up of 25 unassembled cycles in two cases. For some markets, such as the USA, they were shipped built up with the handlebars turned, the pedals reversed and packed in containers.

Armstrong’s also supplied bicycles to the RAF and the Post Office. These were the old-fashioned Roadsters with roller brakes and were transported in railway containers.

Bicycles produced for the home market were usually sports bikes with a special emphasis on the Moth and Caterpillar ranges. The framesets were made up of what was then the best tubing, Reynolds 531. Black frames were dipped, but colours and fluorescent colours were sprayed.

The end came about 1958 when sales dropped off, and TI moved the company to the Phillips factory in Downing Street, Smethwick.”

Note:
In 1956, more than 1,250 workers lost their jobs at four cycle factories in the Tube Investments empire. The axe fell at Hercules Cycles and J A Phillips in Birmingham and at Walton and Brown in Smethwick and Armstrong Cycles in Oldbury. Deadlock with the unions over the reorganisation of working practice was blamed for the redundancies. Workers with between 10 and 15 years service would receive £1 for each completed year of service, those with between 15 and 20 years one guinea and those with more than 25 years £2 for each year. 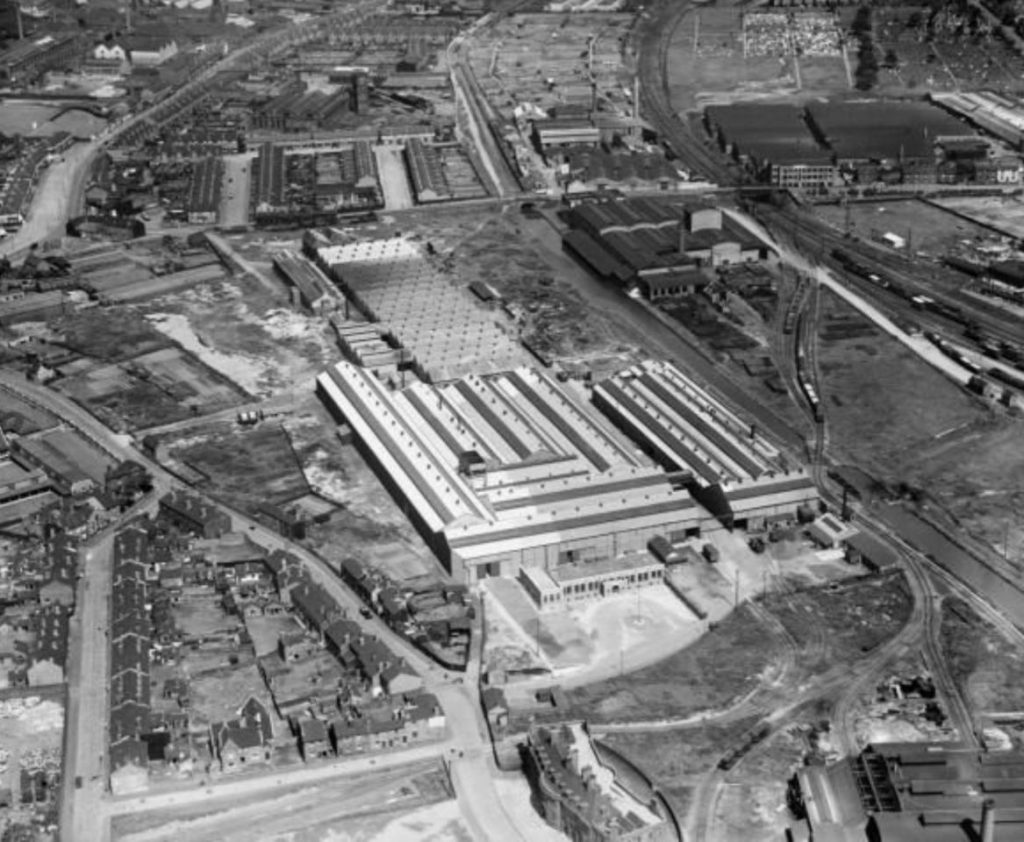