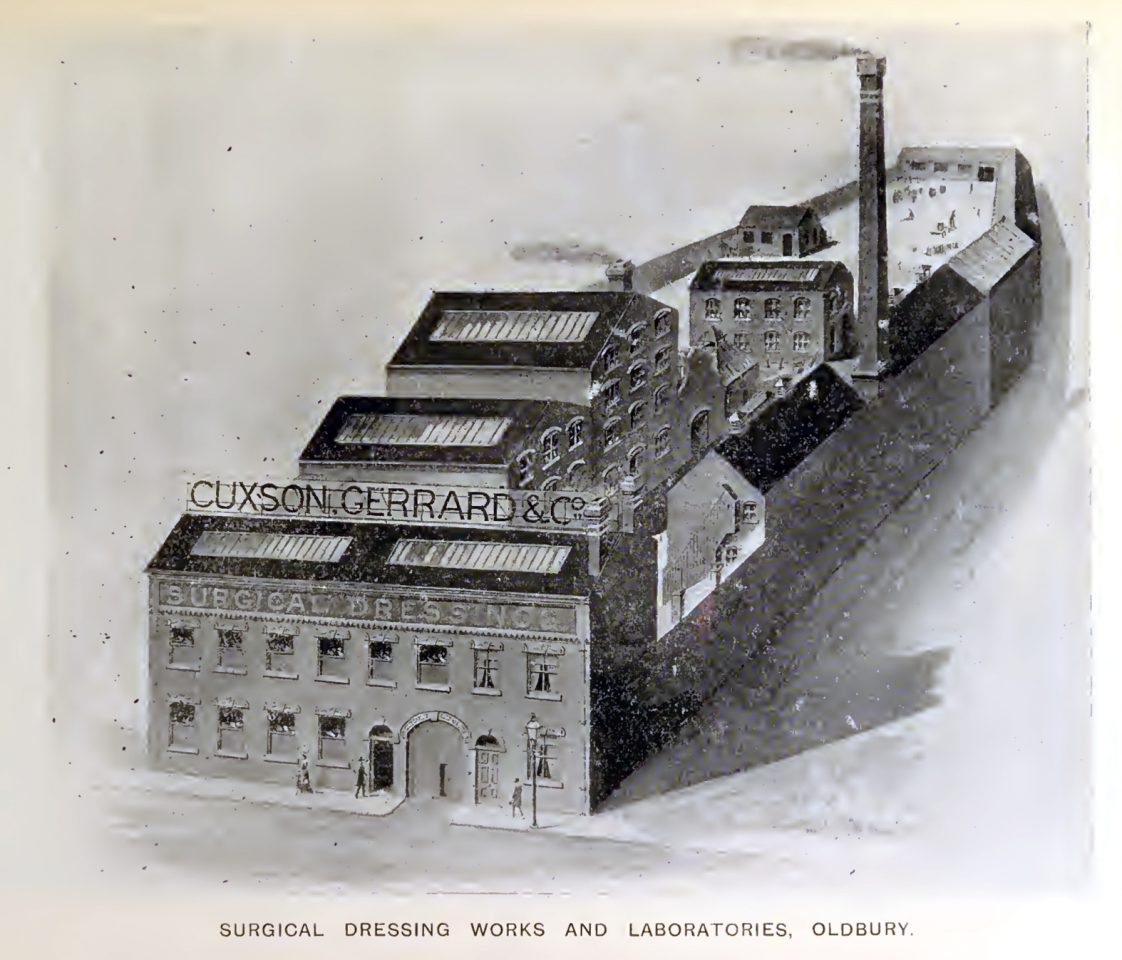 Pioneers in industrial first aid, the company is still a leader in the research, development and manufacture of adhesive coated dressings, specialising in medicated dressings and adhesive paddings for podiatry and medical use. (Their location today is not their original site, having moved a few hundred yards by Sandwell and Dudley railway station.)

The Grace’s Guide to British Industrial History tells us that the company was founded when Mr. Gibbs and Mr. Cuxson set up as wholesalers of medical supplies to doctors and pharmacies in Birmingham area. Mr. Gerrard joined the company as a sleeping partner and Mr. Gibbs left the firm when the other partners discovered he was making pill boxes next door.

Their 1903 catalogue (nearly 400 pages long) presents a bewildering array of products, from specialist surgical instruments and hospital requisites to dentistry items, artificial limbs, splints and trusses, tampons and corsets. As Mr. Gerrard became more active in the firm he began to build up the company's surgical dressings business. 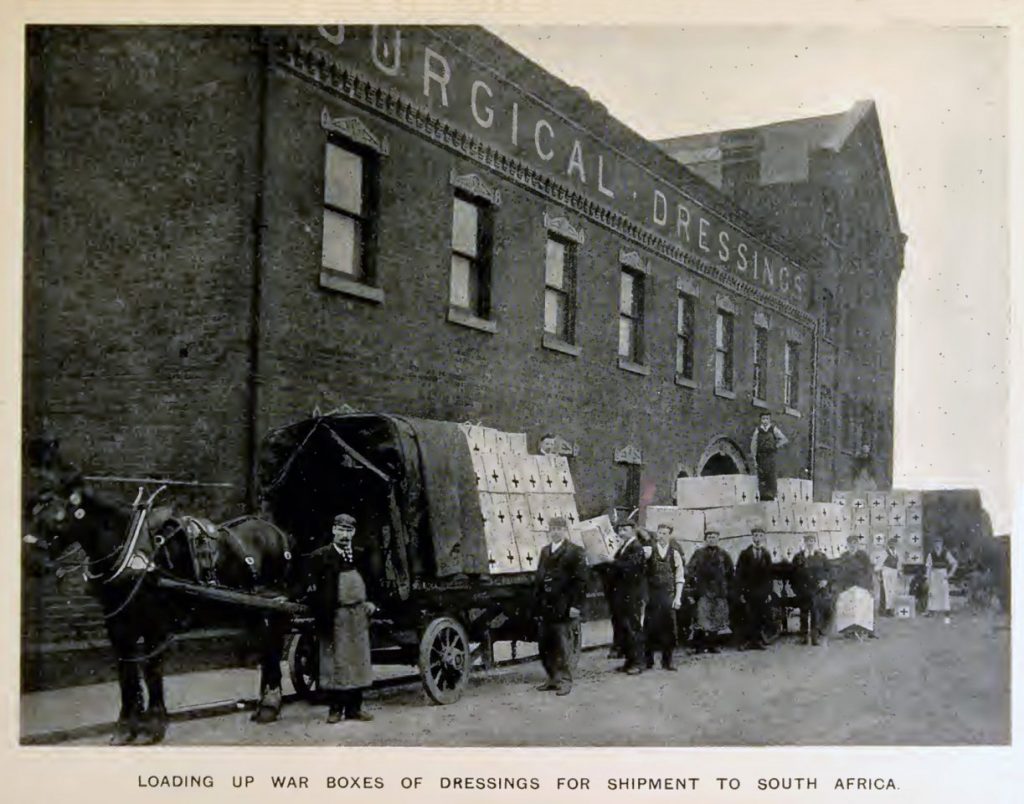 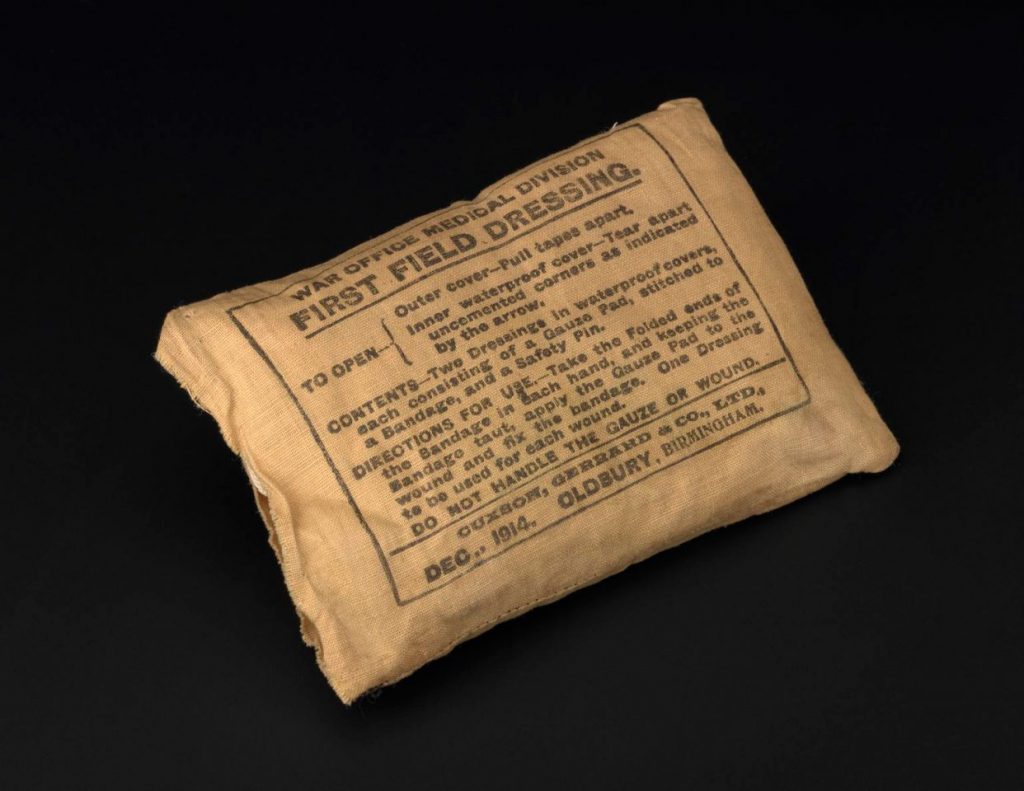 A surgical field dressing from 1914, in the collection of the Science Museum. 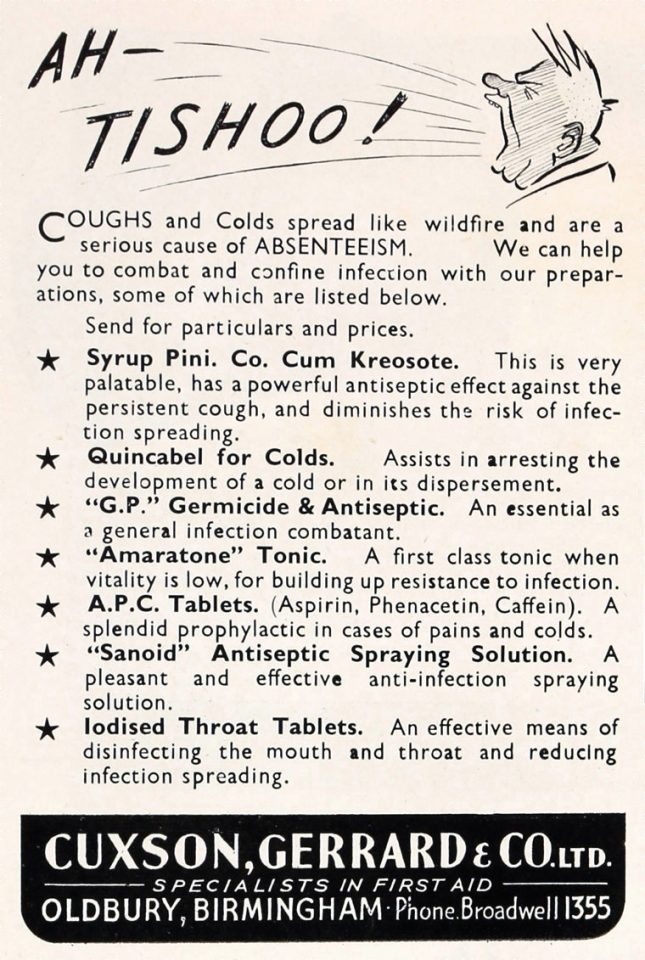 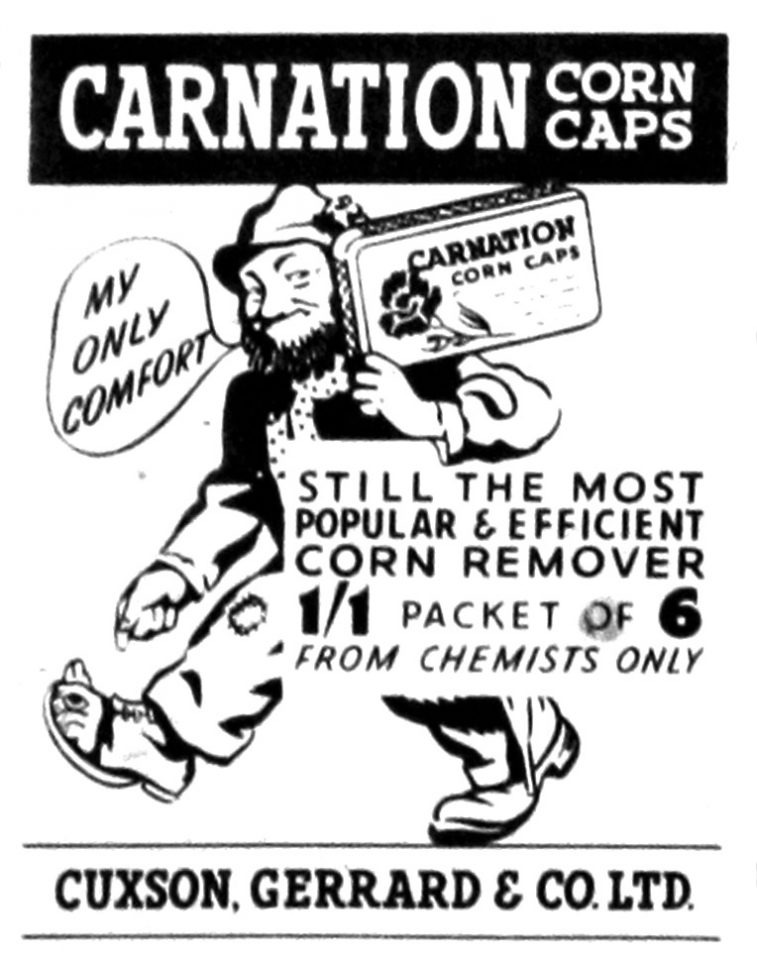 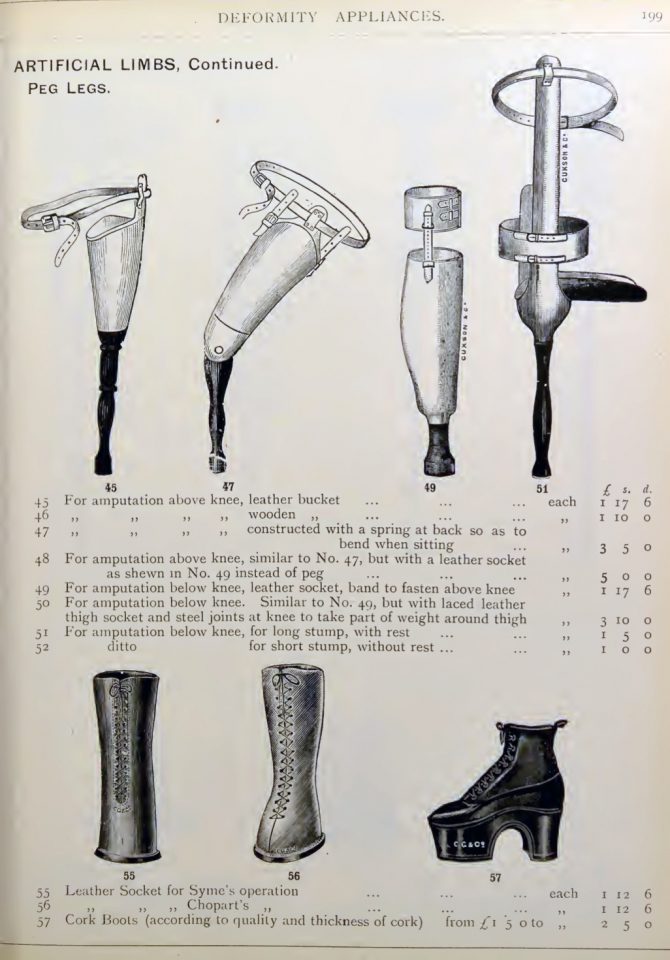 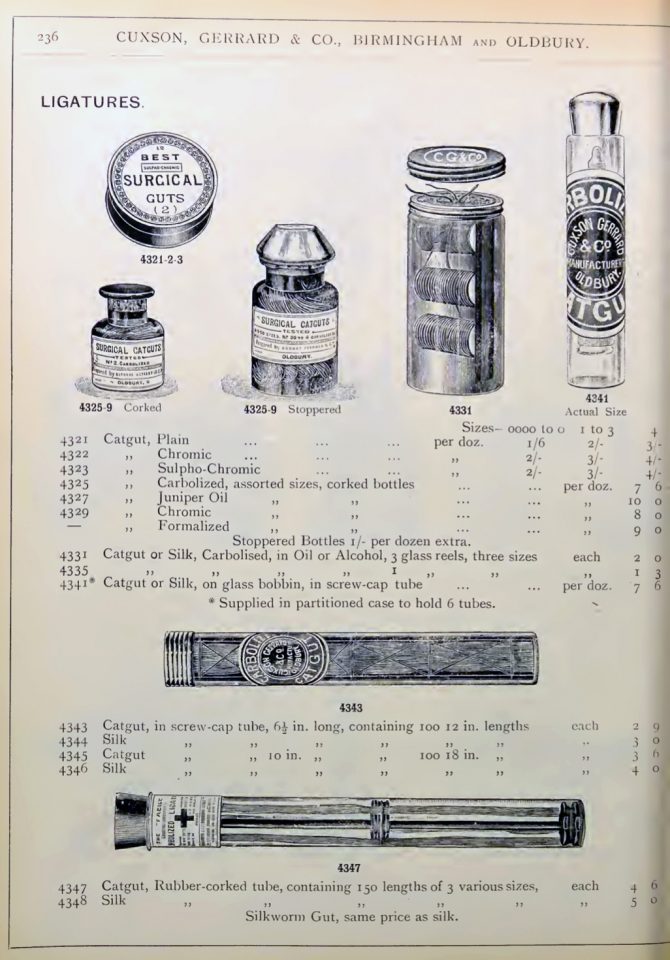 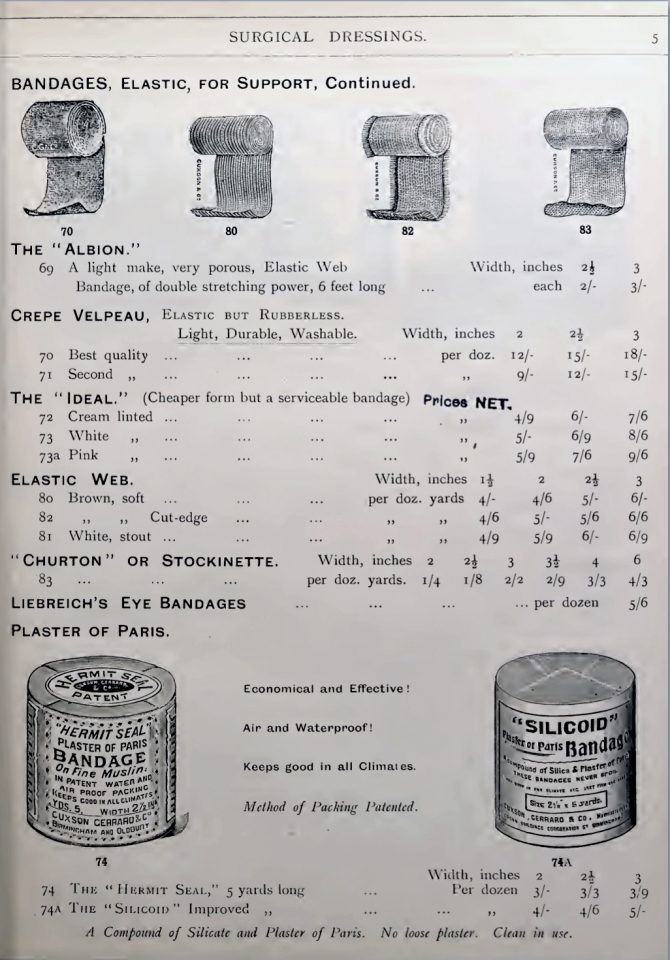 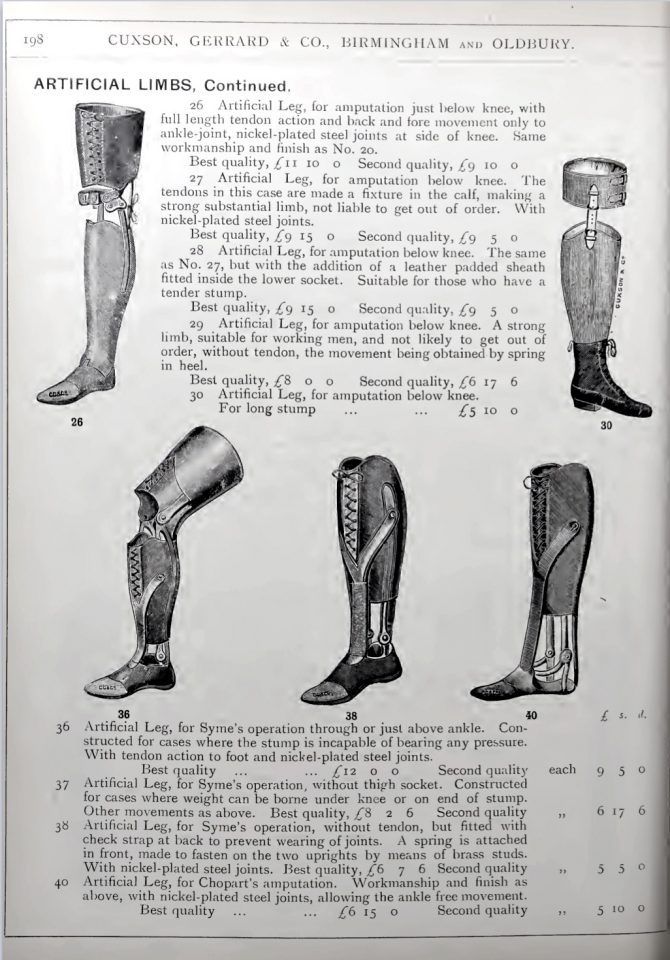 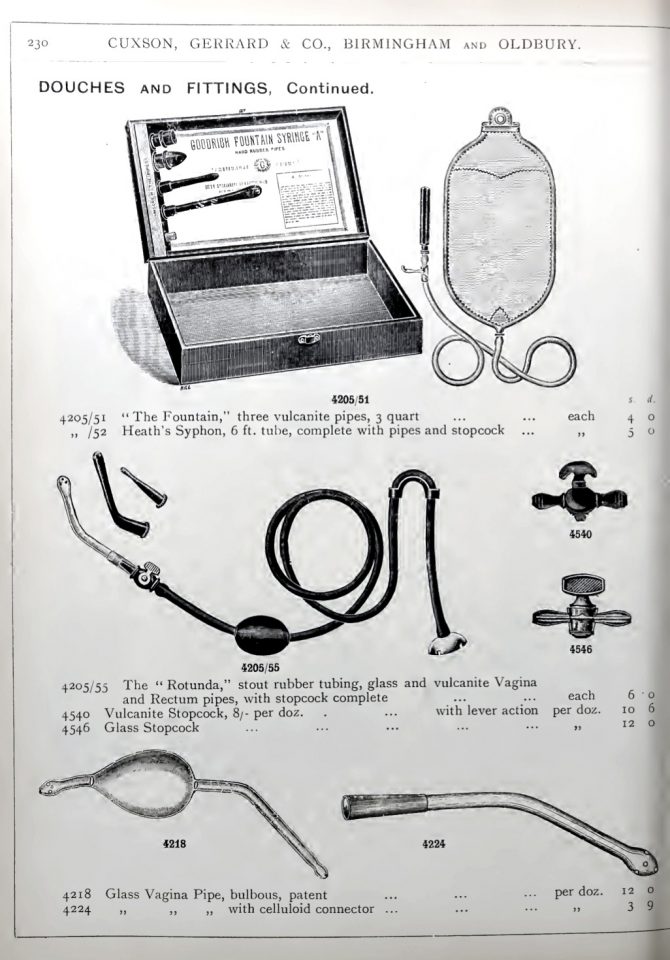 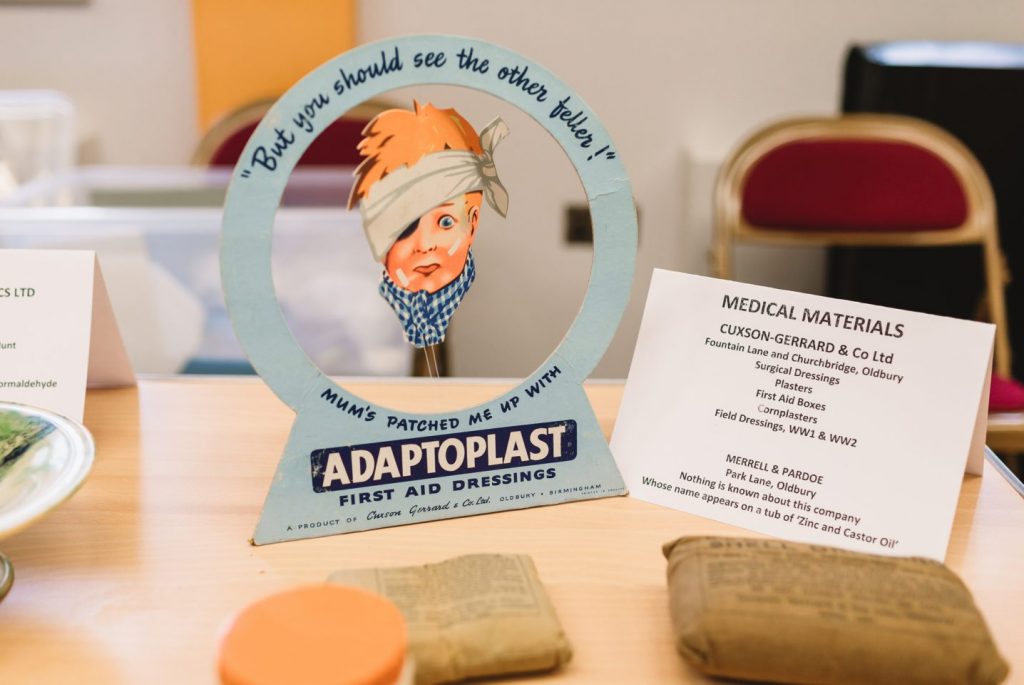 During the First World War the firm produced a range of field dressings, as well as a bleach ointment which neutralised the irritant effects of mustard gas on the skin. They went onto specialise in first aid, both in the home and in local industries, becoming known for their ‘Sanoid’ wound lotion, a powerful antiseptic which was ‘invaluable for cuts, scratches, grazes, festers, abrasions, chilblains and chapped skin.’

Then in 1922 Mr. Gerrard invented the corn cap, naming it ‘Carnation’, which became the company's most famous brand (and which is still sold today). The company began to expanded their products – toiletries and soaps, respirators, tourniquets, trusses, sanitary towels and dental rolls, as well as with tablets and pastilles.

At the British Industries Fair of 1937 they exhibited a Model Ambulance Room, First Aid Cases, Stretchers, Surgical Dressings, Nucklets (for injuries to knuckles), Kromelets (for ulcers caused by chrome poisoning, an industrial disease), Phenodine Lotion, Adaptoplast and Sanoplast, all for minor injuries.

You’ll find some interesting material about the firm on this blog...