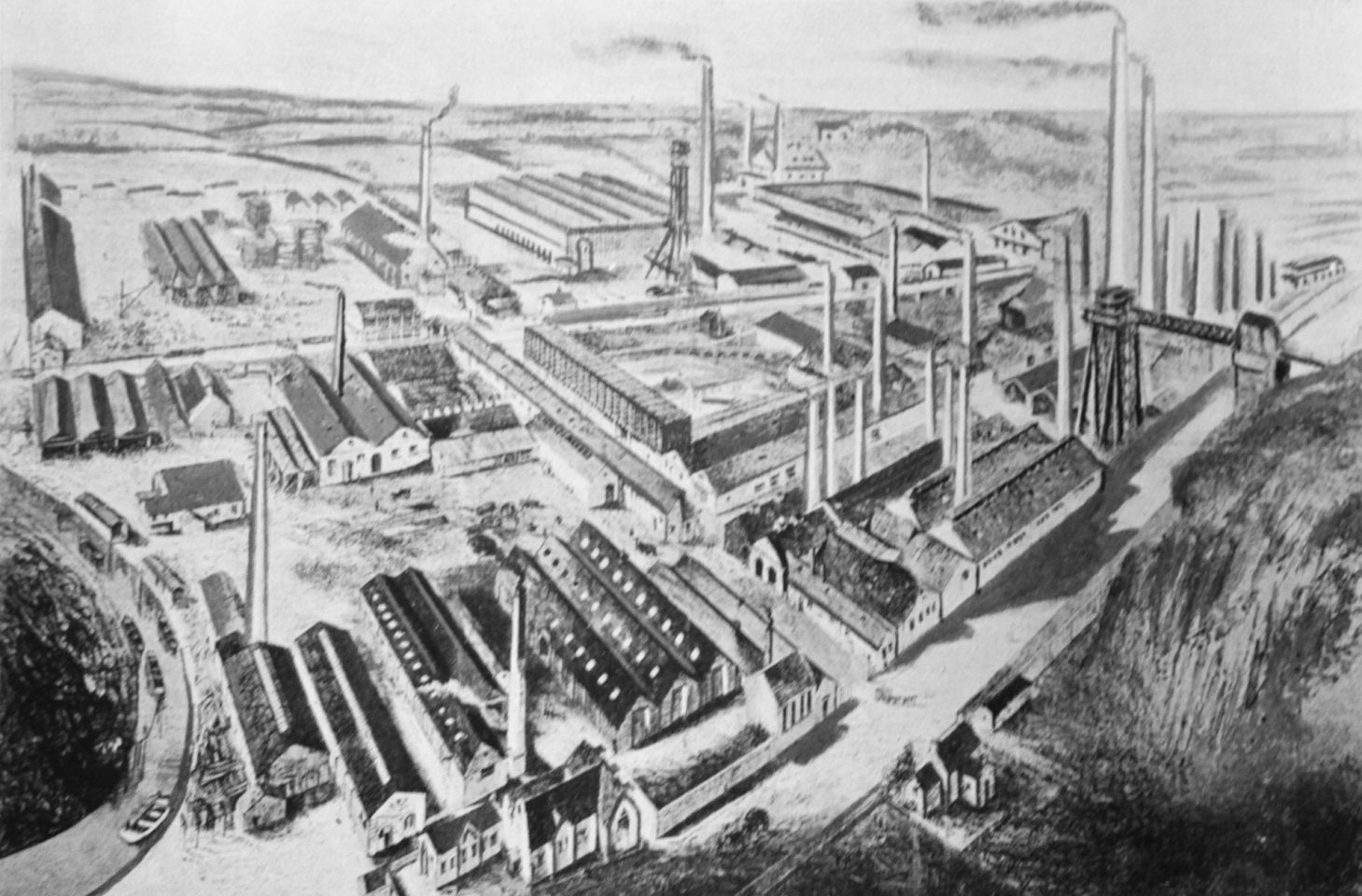 In 1835 Chance Brothers, the glassmakers, bought land nearby in Oldbury, and erected a factory to produce saltcake – using a method of furnacing salt with ‘copperas’ or iron sulphate obtained by atmospheric oxidation of iron pyrites. The process was soon replaced by the use of sulphuric acid made from brimstone, used with salt to produce the required salt cake. Of the sulfates used in glass production, sodium sulfate, or salt cake, is the most common.  It acts as a wetting agent to aid in melting the silica source and also as a fining agent. 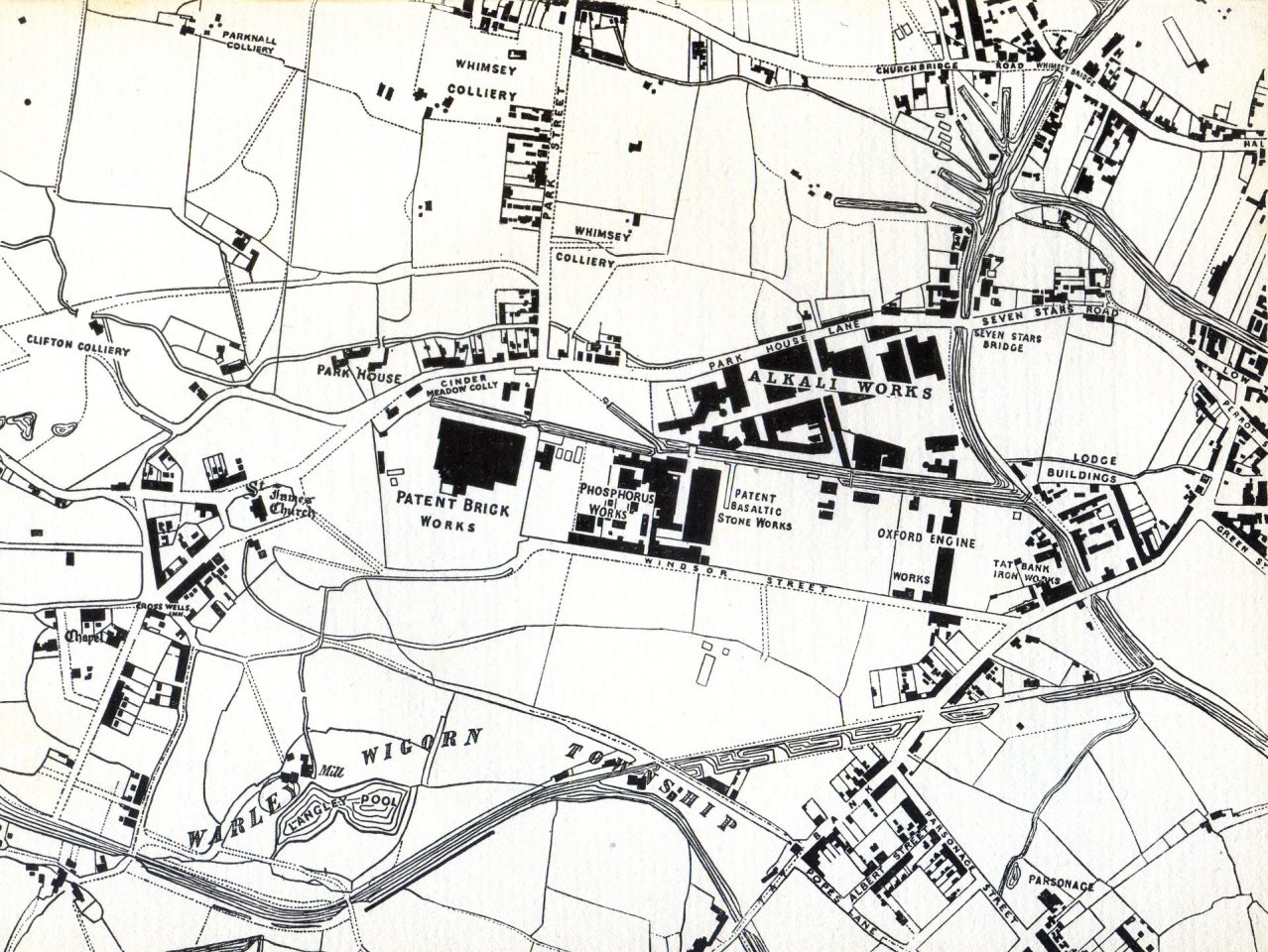 Map of Oldbury, 1857, showing the alkali works of Chance and Hunt.

The nine acres of land cost £2,050 and lay between Park House Lane and the ‘Houghton’ arm of the Birmingham Canal. At that time the Alkali and Phosphorus works soon became the largest in the Midlands. They employed men, who together with their families, numbered nearly 3,000. They occupied over 500 dwellings and had direct dealings with all the other tradesmen of Oldbury, so it was a considerable business. In 1890 the firm was converted into a private Limited Liability Company under the name of the Oldbury Alkali Co. Ltd. They became known as Chance and Hunt, when the amalgamated with a similar firm, W. Hunt of Wednesbury.

As well as saltcake, they produced acids, caustic soda, soda ash, ammonia compounds, and later Oldbury added copper, zinc and cadmium compounds and cement to its list. With the First World War the firm was involved in the manufacture of TNT and ammonium nitrate.  Their TNT plant was built with some urgency, one million bricks laid in 19 days and TNT dispatched after just 14 weeks. By the end of 1915 they were producing 170 tons a week and by 1918 this had increased to 500 tons a week. 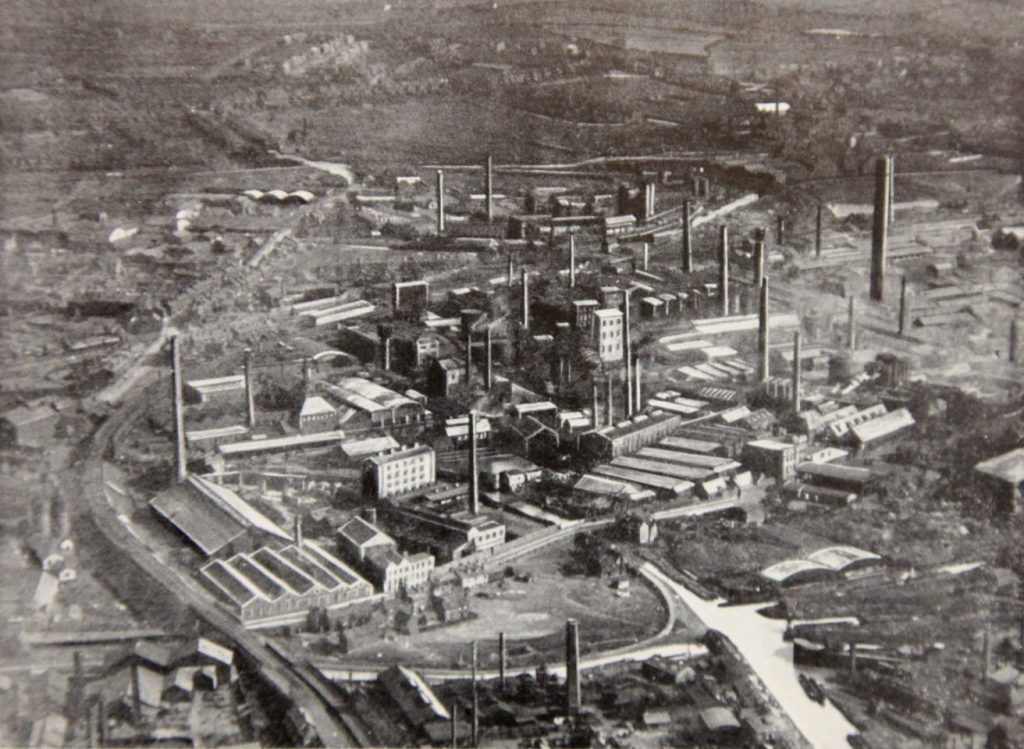 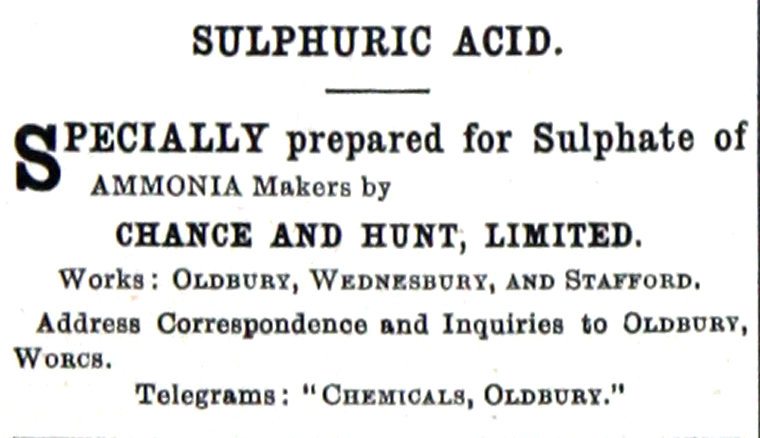 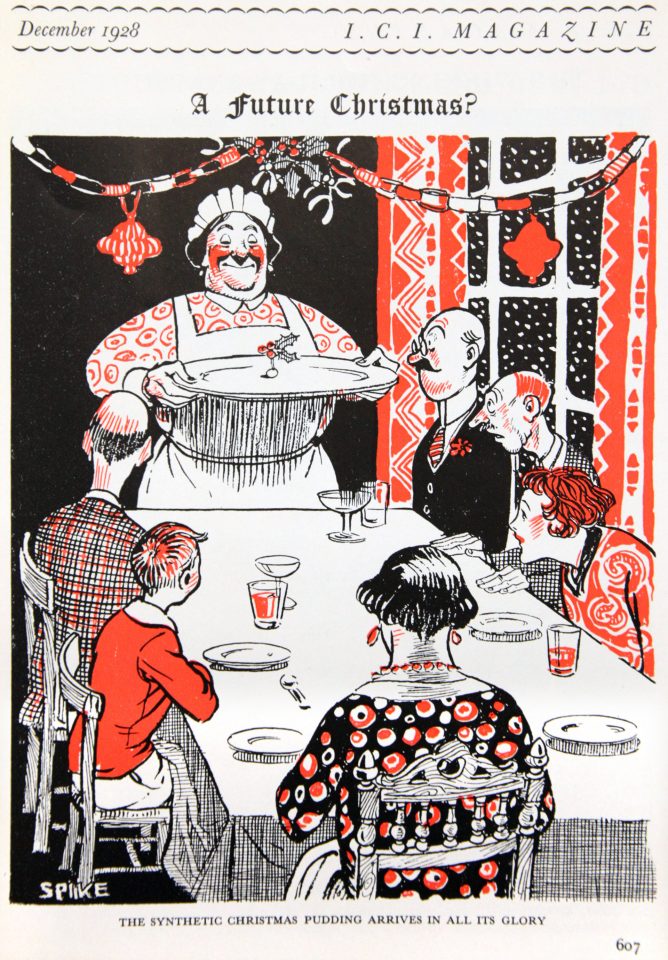 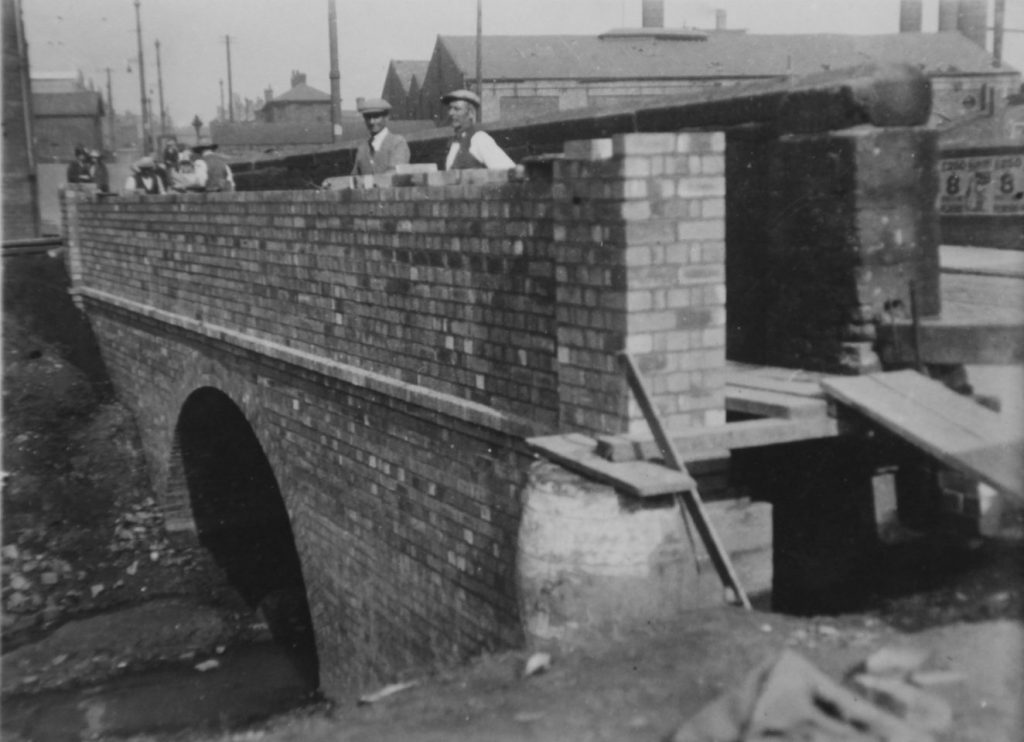 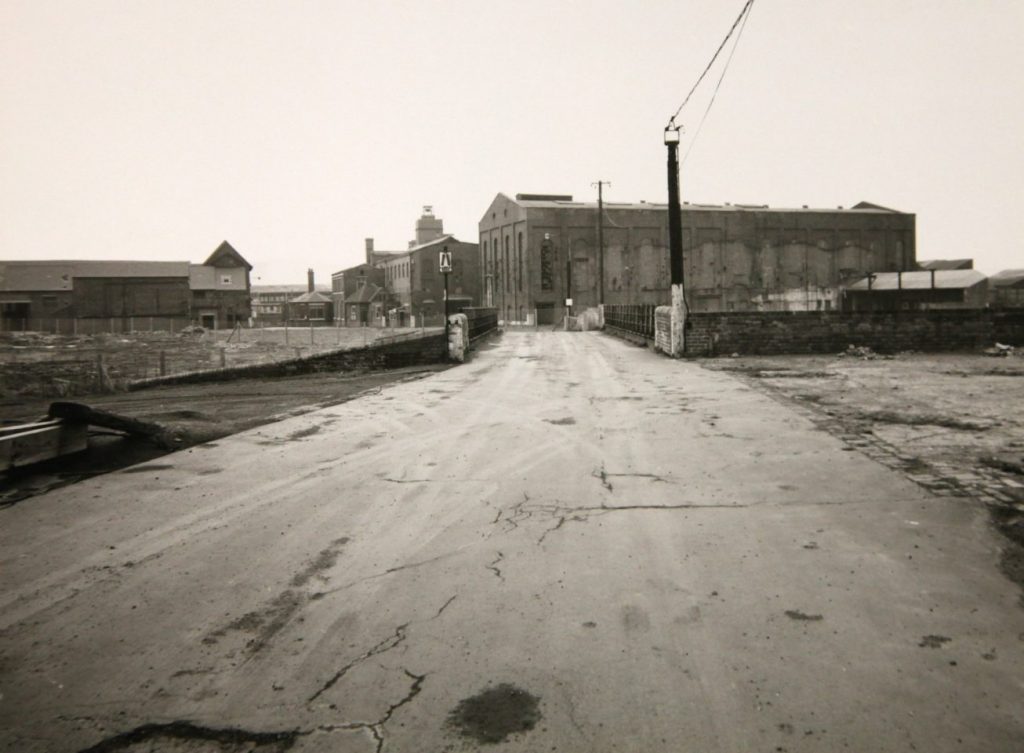 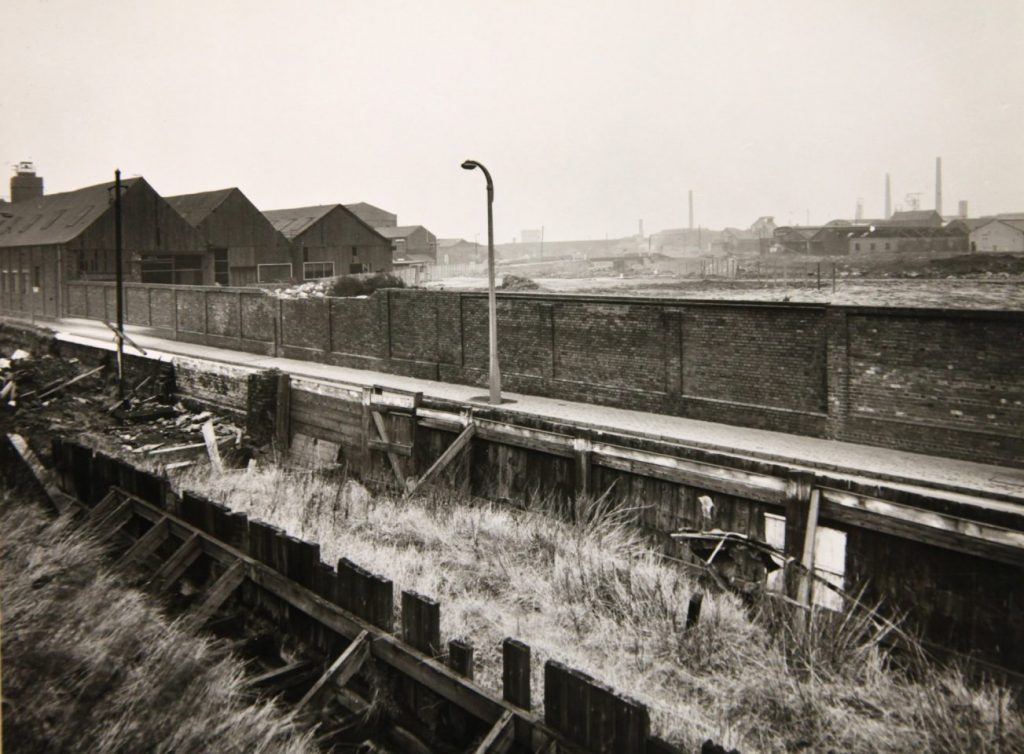 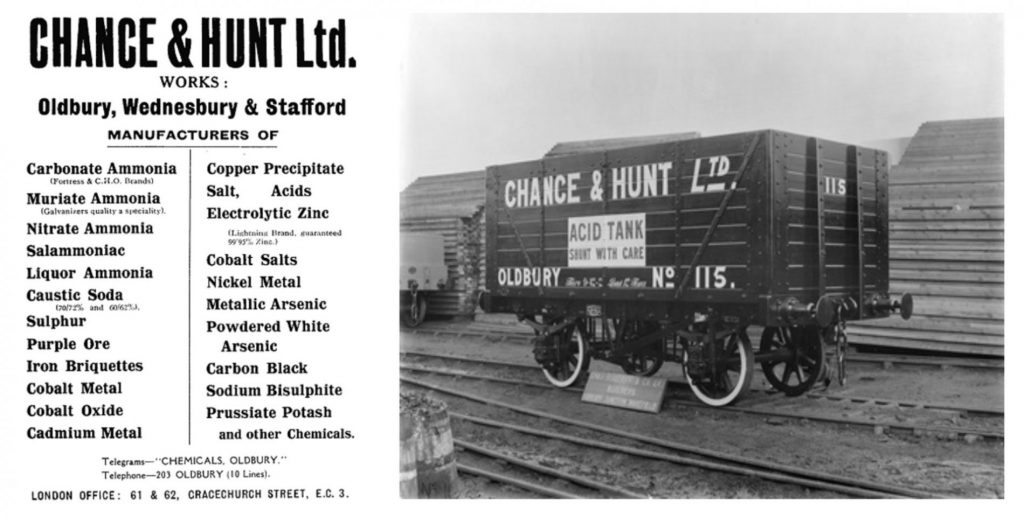 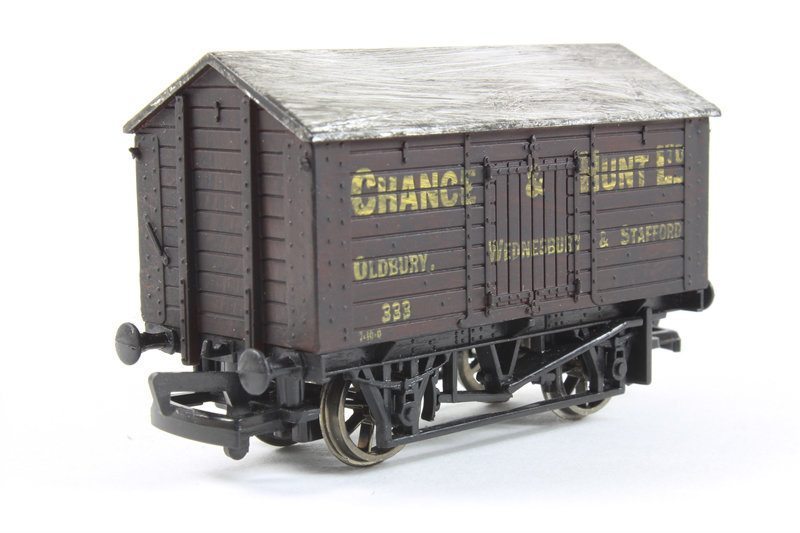 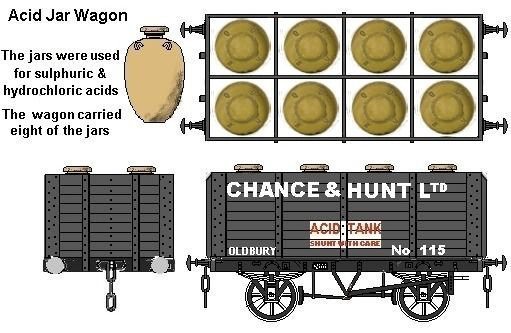 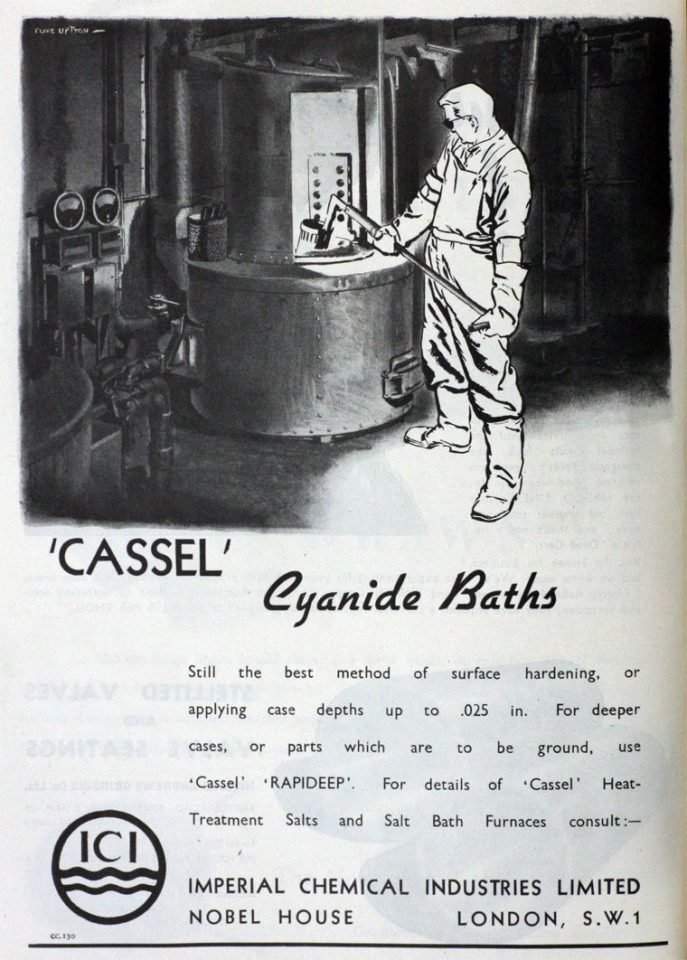 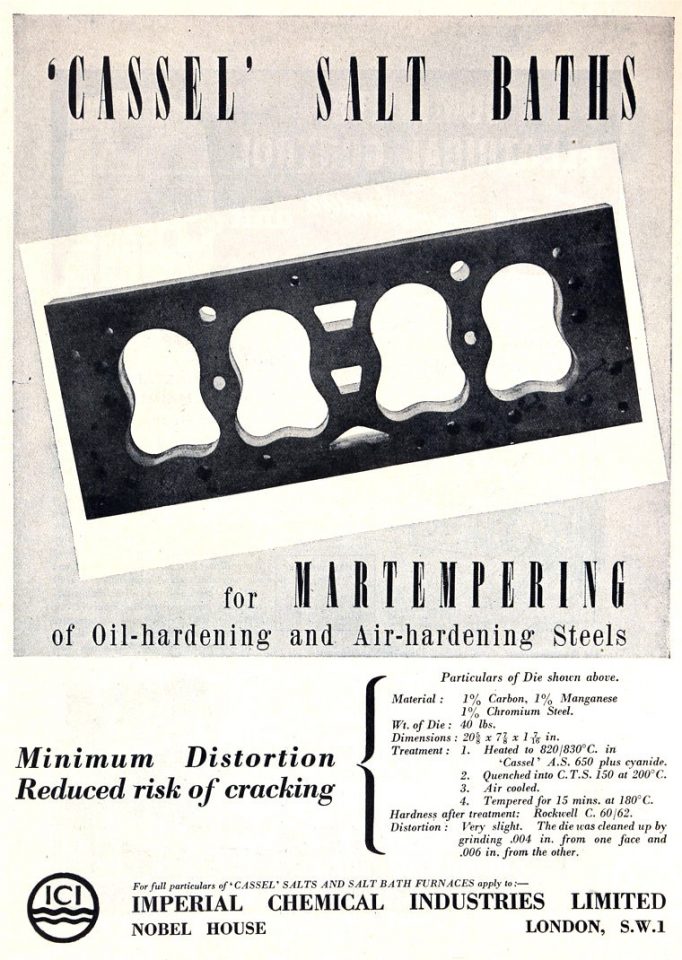 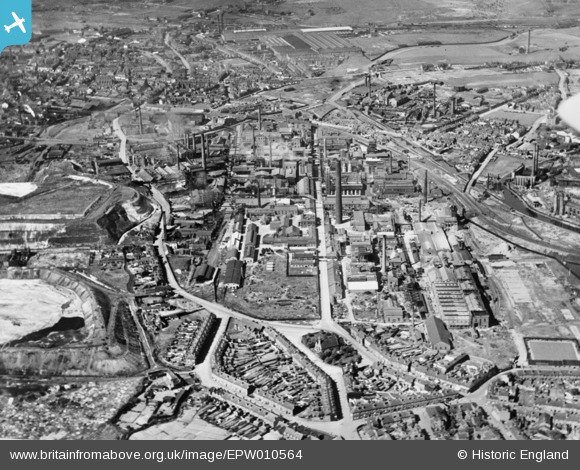 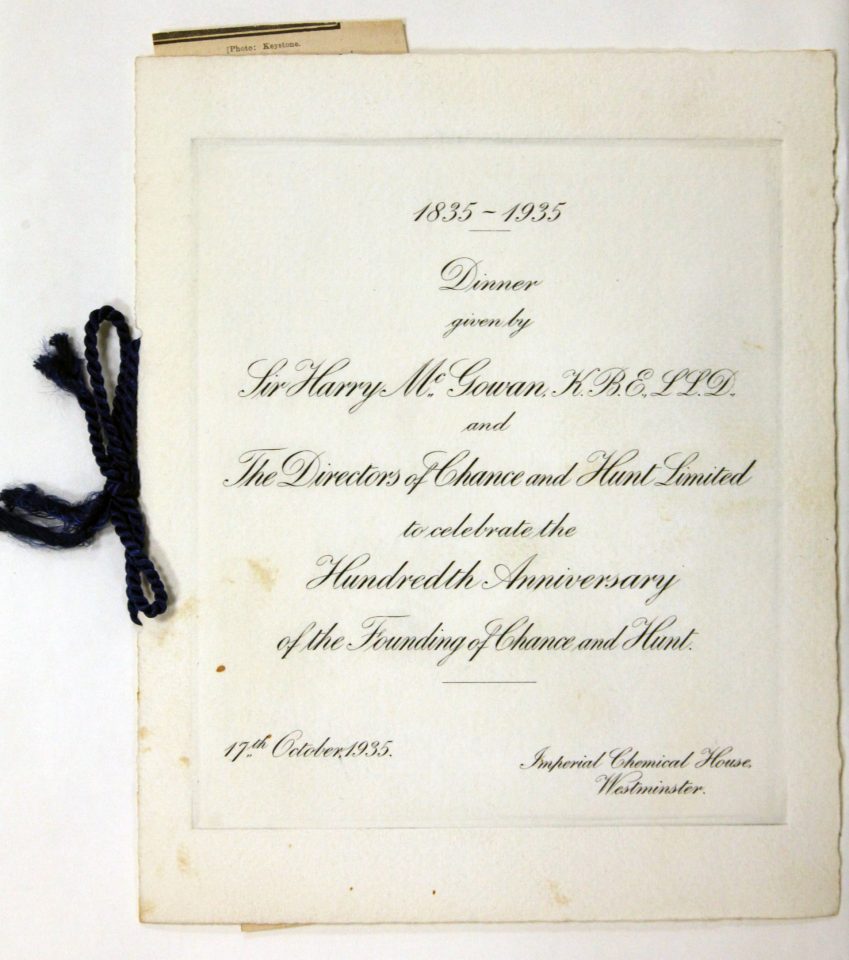 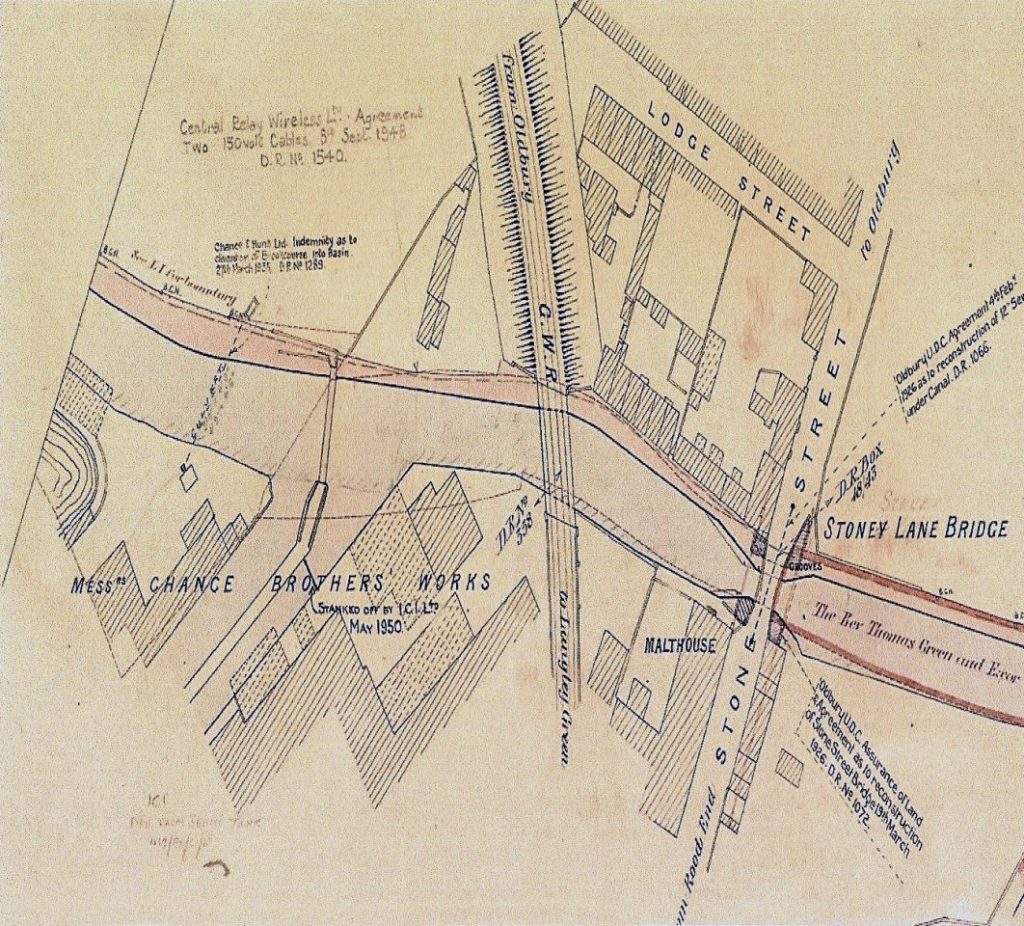 ‘Corroding gases emitted from chemical works in the heart of the town so completed the blight that even the grass and the hardiest of plants failed not to succumb. Not by incessant labour could Oldbury housewives keep fire irons or other utensils of bright steel in any desirable condition of cleanliness; metal tarnished in a single night and in the process of time faded away as they had been petals of a fading flower.’

In the 1920s, the Oldbury Works became part of ICI for subsequent decades. In 1964 chemical manufacture came to an end when most of the site was requisitioned for the building of the M5 motorway. The rest of the site became the Oldbury Depot, acting as a packing, formulation and distribution centre for a time.