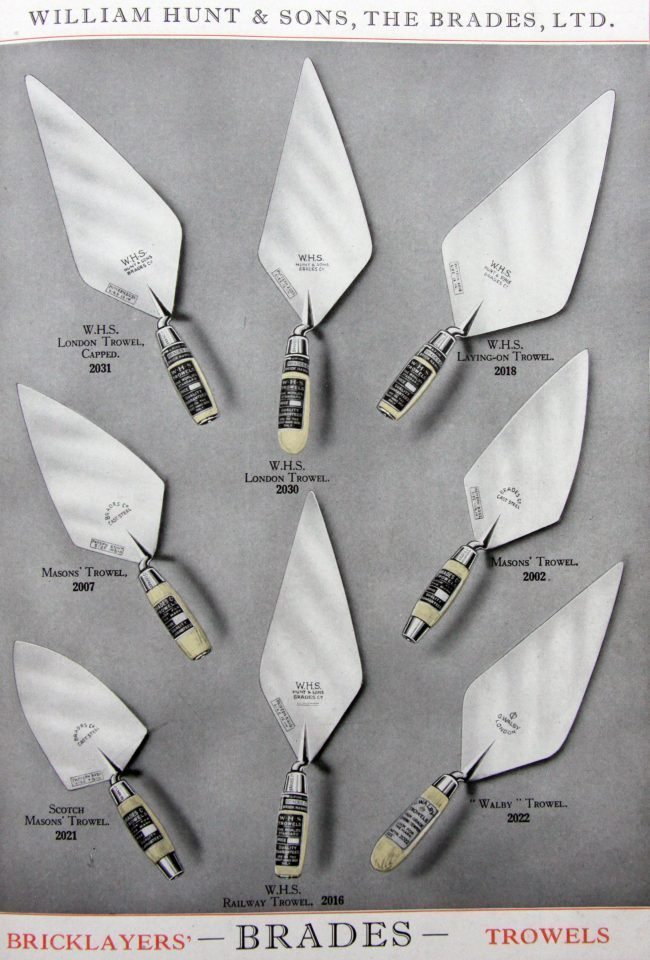 William Hunt bought land along what is today between Brades Road and the canal, setting up a series of small forges and furnaces to manufacture edge tools. The 1796 accounts show different departments at work here, including a ‘converting furnace, casting shop, forge tilt and rolling mill’ and rent being paid to a certain Matthew Boulton for hire of a steam engine. By 1805 they were also manufacturing steel on the site. In these early days they were making hay and chaff knives, trowels, spades, hoes and edging knives, axeheads, hatchets, garden shears, wood chisels and scythes. They also supplied the steel for ramrods used in the Napoleonic wars, their edge tools accompanied expeditions to find the North West Passage and provided the bayonets for the British Army in the early years of Queen Victoria’s reign.

Elihu Burritt recorded a visit to the factory in his 1869 book ‘Walks in the Black Country and It’s Green Borderland’. He wrote: ‘It is truly a representative establishment, embracing in itself nearly all the industries and productions in the district. I doubt if such another can be found in England or the world for this remarkable variety of enterprise.’ He described how they had sunk coal mines around their works, profiting from its sale while using some for their furnaces, of which he says ‘Nebuchadnezzar’s furnace, seven times, heated, was a kitchen fire compared to one of these for heat.’ He is more than impressed by the variety of tools they produce. ‘It may suffice to show the variety in design, shape, and size of one class of these articles to say, that the model department of the establishment contains 4,000 different patterns for straw-cutting machines, and nearly 2,000 patterns for cast-steel mould boards for ploughs! Now considering that, with the exception of the iron imported from Sweden for making their cast-steel, the Brades Works draw all the material they manufacture into these infinitely-varied implements from the bowels of the earth around and under them, one cannot contemplate their operations and productions without admiration. Indeed they constitute one of the chief lions of The Black Country.’

In 1949, the Made in Oldbury souvenir brochure proudly proclaimed: ‘It is doubtful if there is any country in the world where Brades tools have not been used.’ At that time their tools were being sent all over the world, picks to Iceland, sugar cane knives to the South Sea Islands, cocoa pruners to Africa, forks to India’s tea plantations, their catalogues full of a bewildering array of many hundreds of products.

The famous Brades trowel was stamped with the initial WHS – euphemistically known to bricklayers as ‘Work Hard or Starve’ The WHS pointing trowel is prized amongst archaeologists in the United Kingdom who find its strength useful in digging heavy deposits. In his 1946 book Field Archaeology, Richard J. C. Atkinson, who excavated Stonehenge), recommended the use of this trowel for archaeology, and they became an industry standard.

In 1951 the company amalgamated with Nash Tyzack to form Brades Nash Tyzack Industries, using the trademarks of the Brades. In 1960 they were acquired by Spear and Jackson and by the 80s gone from the area. 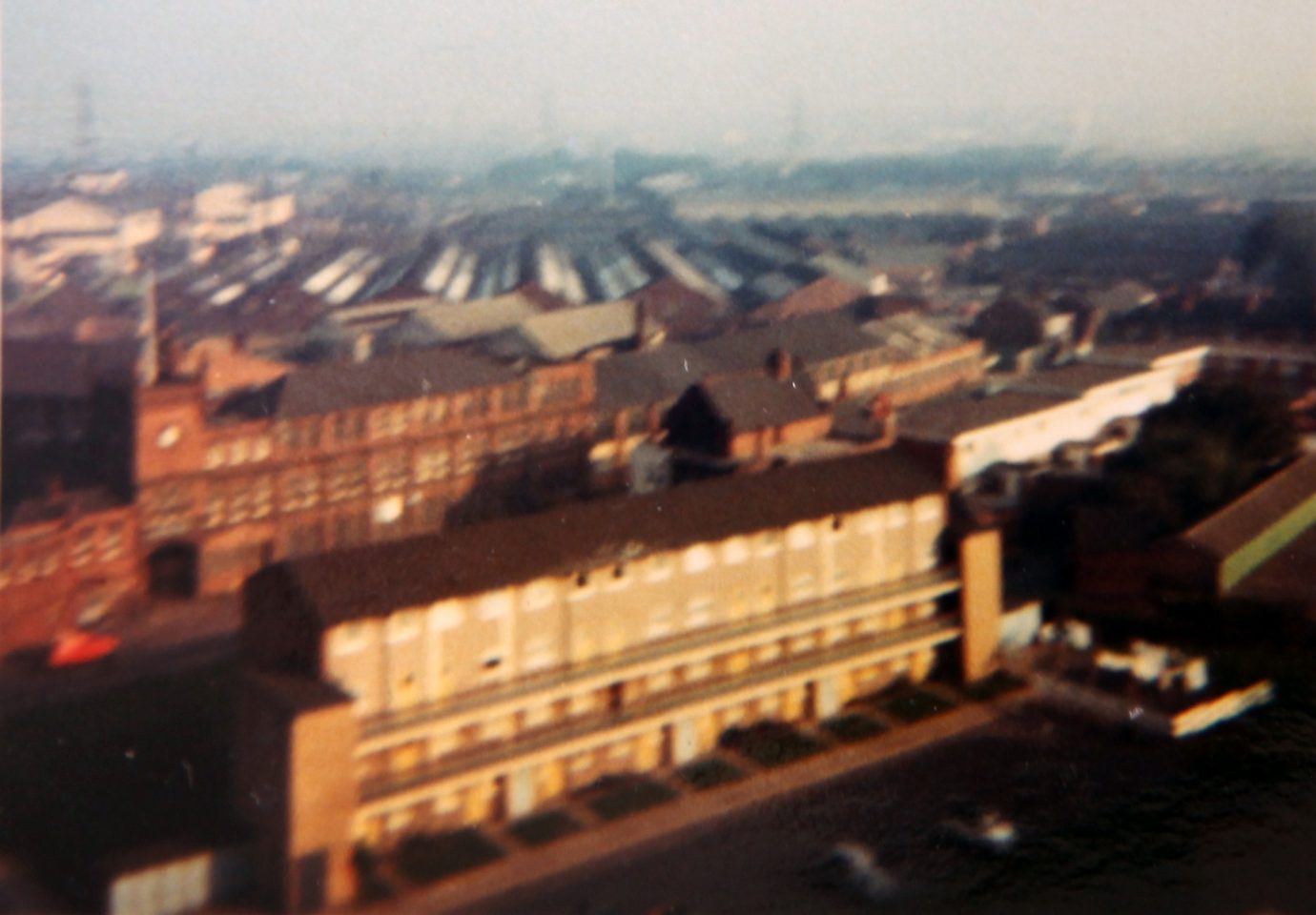 View of the Brades factory, showing the clock above the entrance (left).
Elsie Checketts recalls:

“Brades Works had a big clock tower for all to see - no being late! The press shops stretched along Brades Road to the canal bridge and housed big hammers for pressing steel for the different kinds of tool. Opposite was Brades cricket pitch, sports and social centre and some gardens. Off Brades Road was Dock Road with a few houses and The Brades Tavern.”

“Brades made very good chisels and very good tools. They were world leaders. When I was in Africa, part of my equipment was a ‘panga’ a big knife - you see them hacking away on these jungle pictures. There it was - ‘Brades Steel Works’ stamped on the blade. I thought ‘its come from a good place’ and it reminded me of home.”

In ‘Oldbury: the Town of the Four Moons’, 1994, edited by Dave Reeves,  Brian Counley recalled: ‘Black Countrymen have (and still do) made the best edge tools in the world. For example: from stainless steel spades and forks by the ‘more discerning gardener, to machetes, adzes and great hefty chopping hoes still in use in Third World countries. Brades, Slelton and Tyzack included such tools in its catalogue, along with builders tools which became famous throughout the world for their quality. Craftsmen builders asked for the very best in tools and their favourites were those bearing the three legged trademark of Tyzack. They never asked an ironmonger for a ‘Tyzack’ trowel, it was always a ‘three-legged’ trowel. Brades, however, had made its name long before that. They were regarded as the country’s foremost manufacturer of ramrods used in charging firearms carried by Britain’s armed forces during the Napoleonic War. Takeovers and amalgamations during more recent times resulted in the company being lost in that conglomeration of other edge tool firms that now goes to make up Spear and Jackson Garden Tools Limited, based at Wednesbury.’ 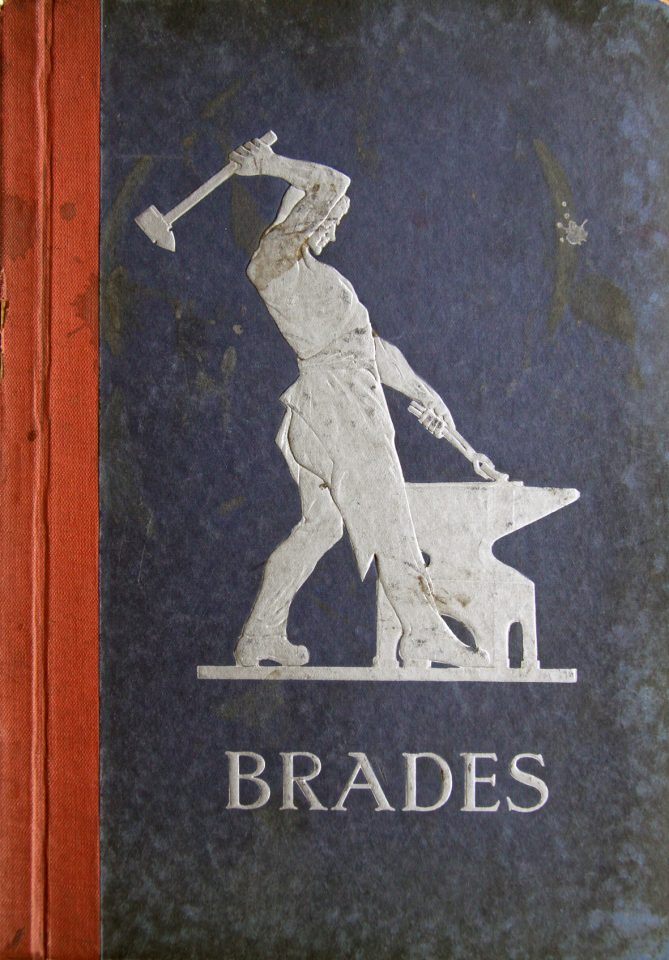 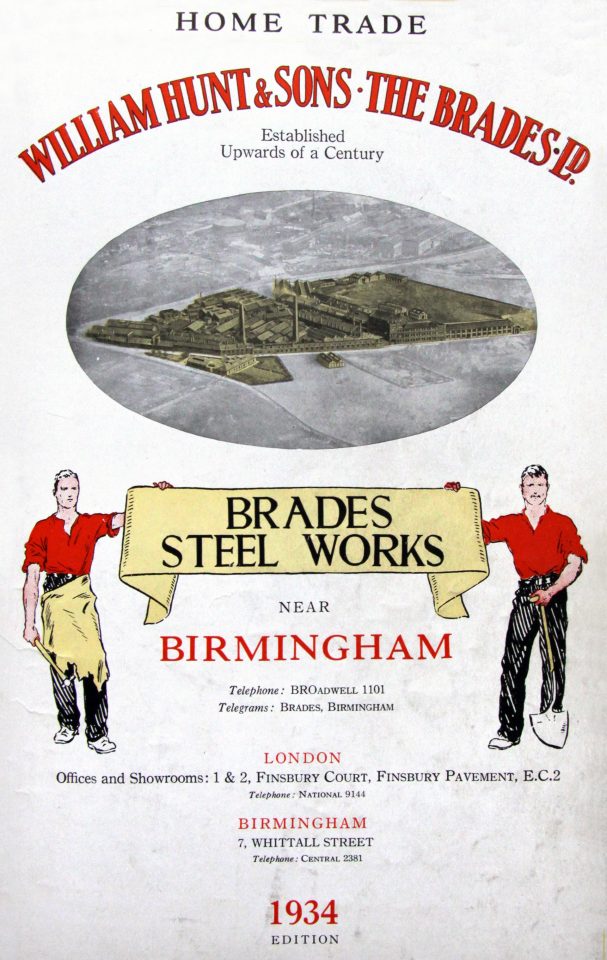 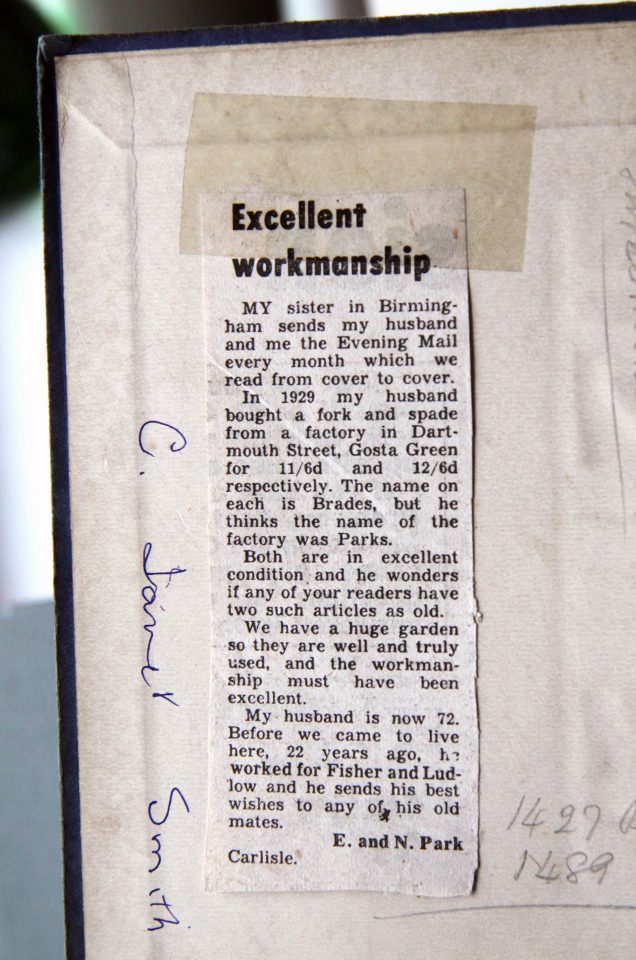 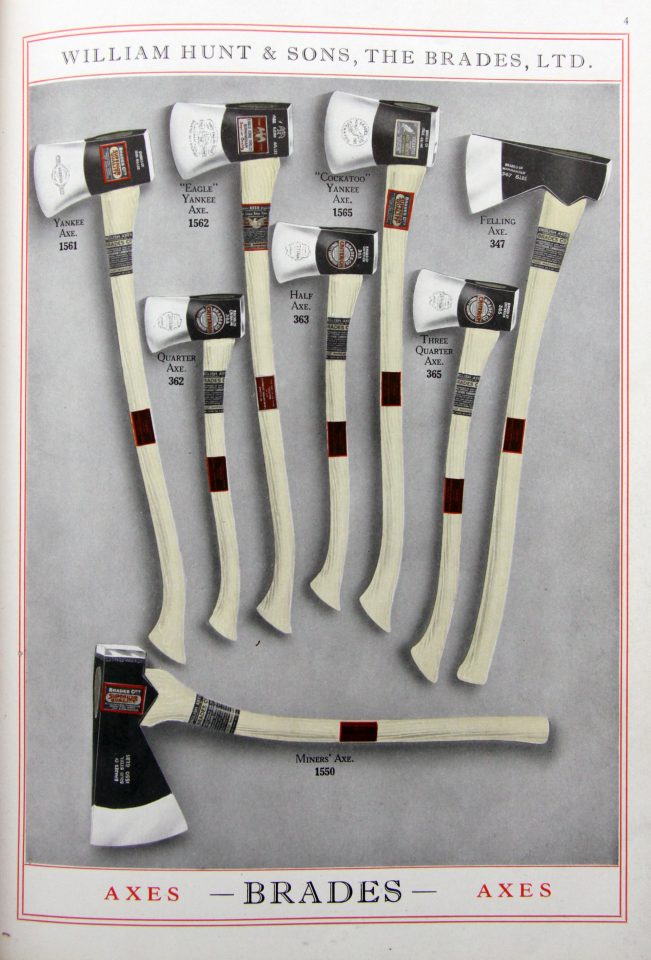 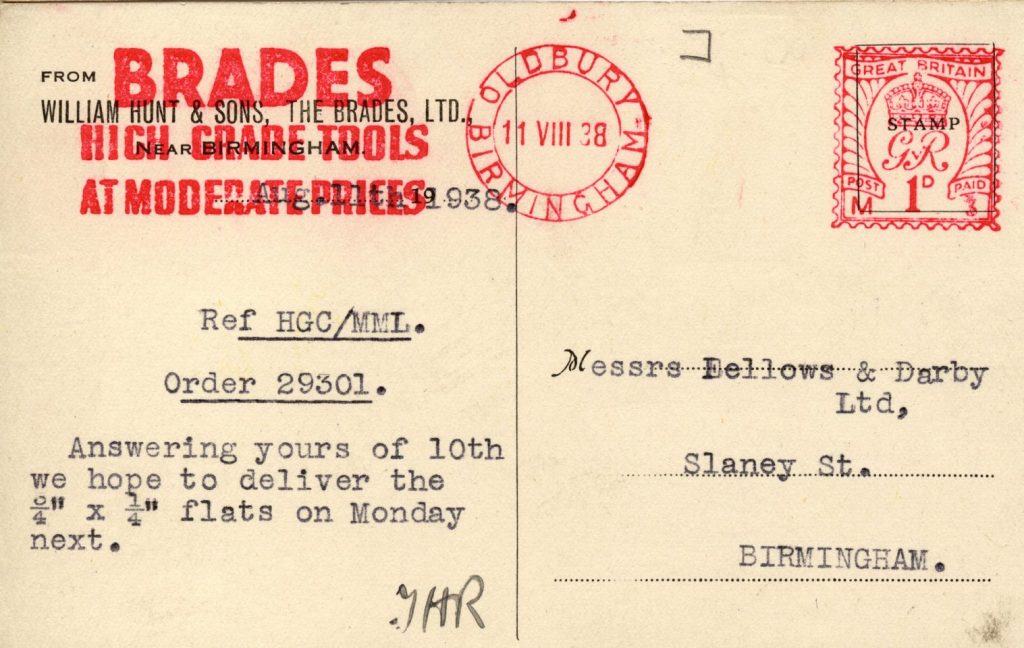 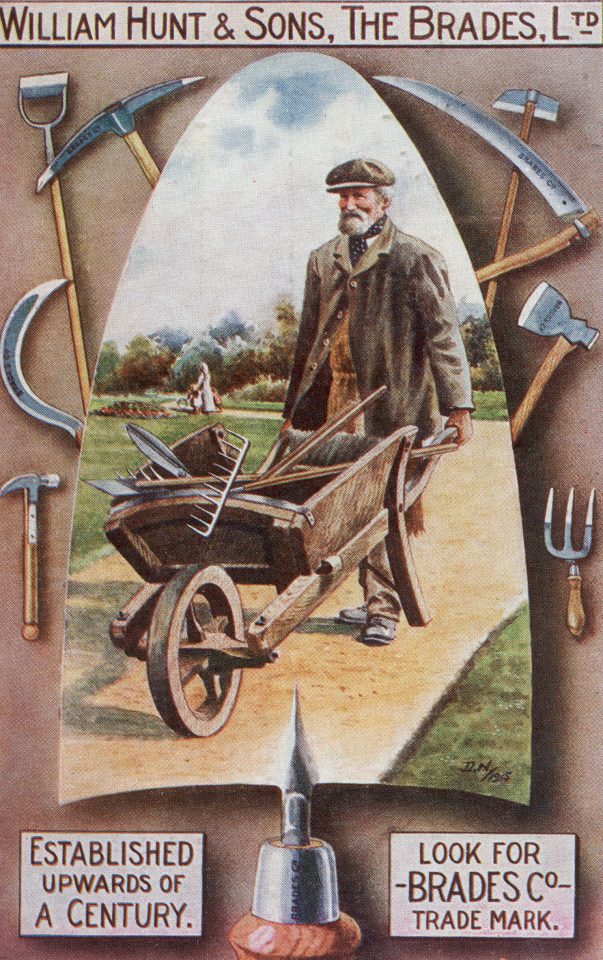 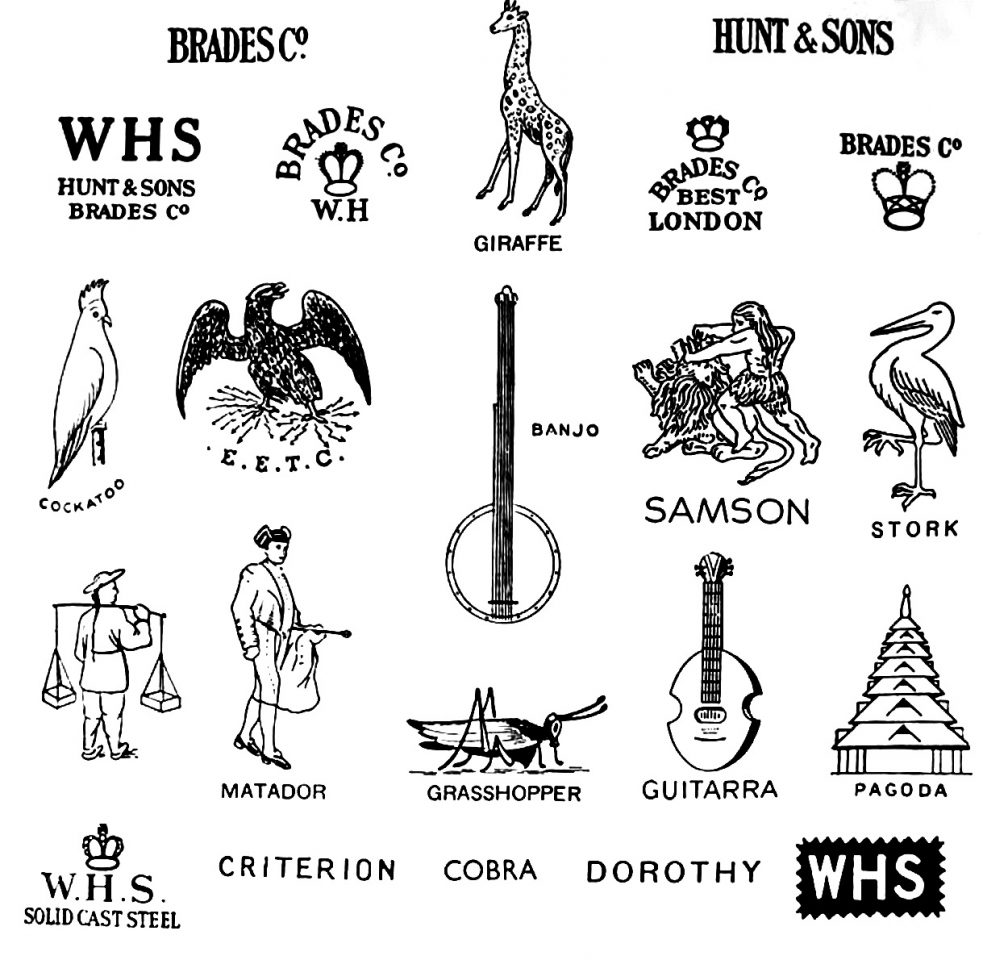 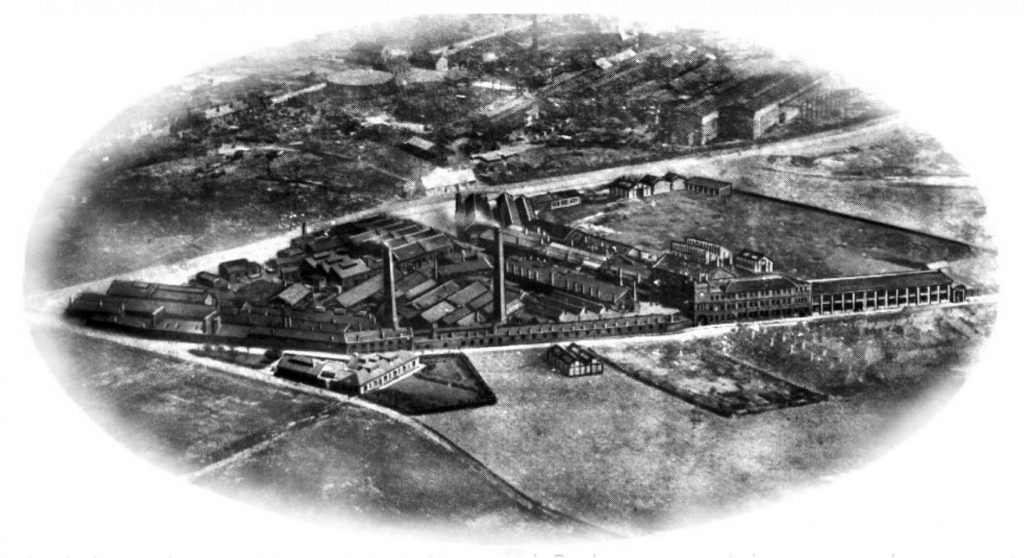 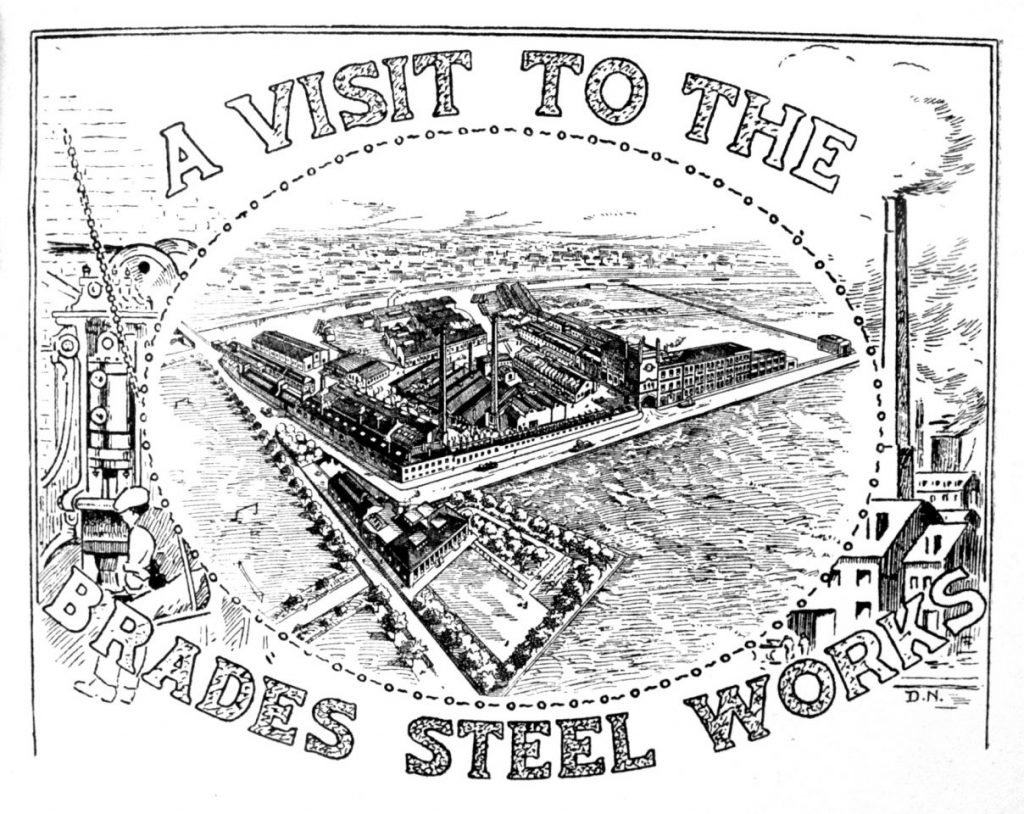 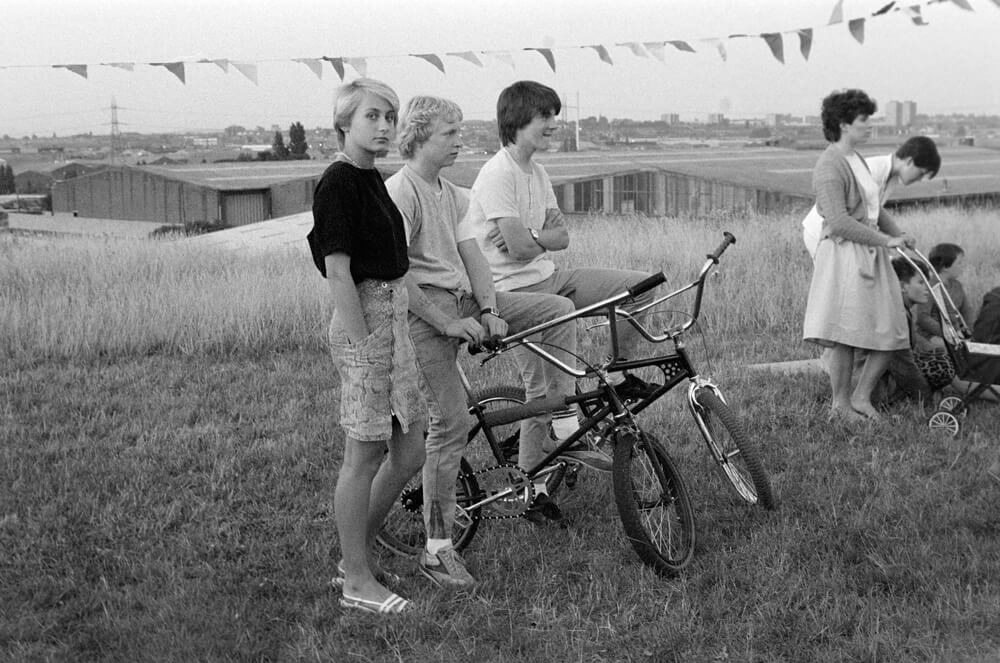 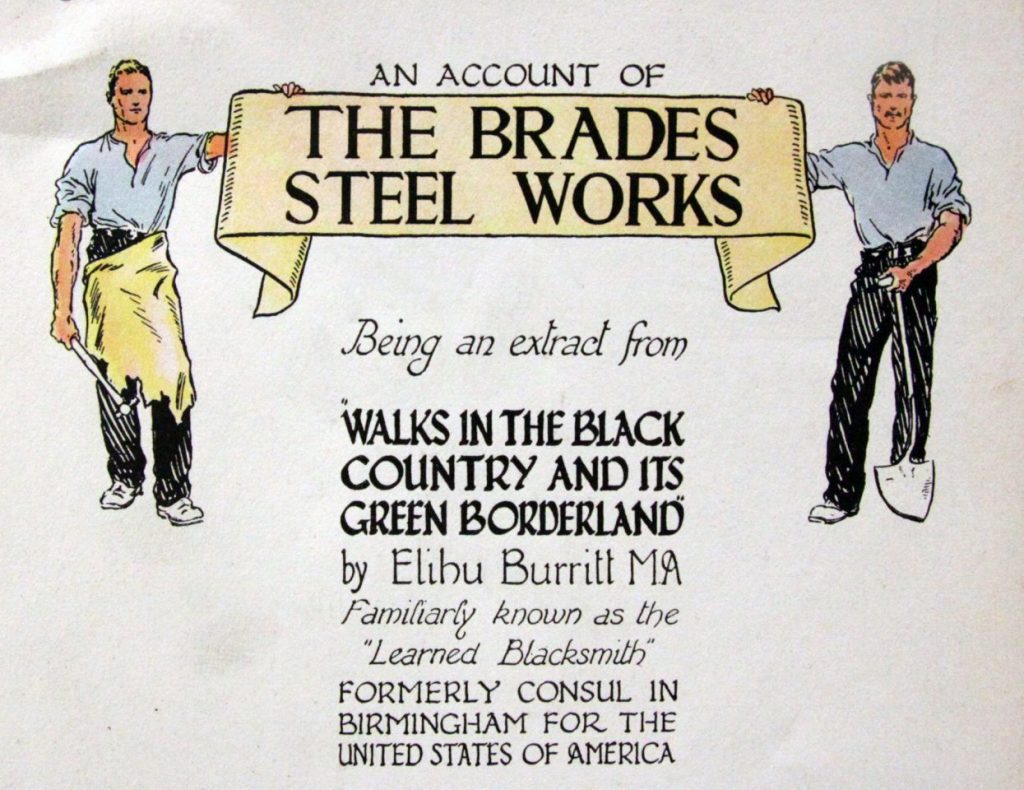 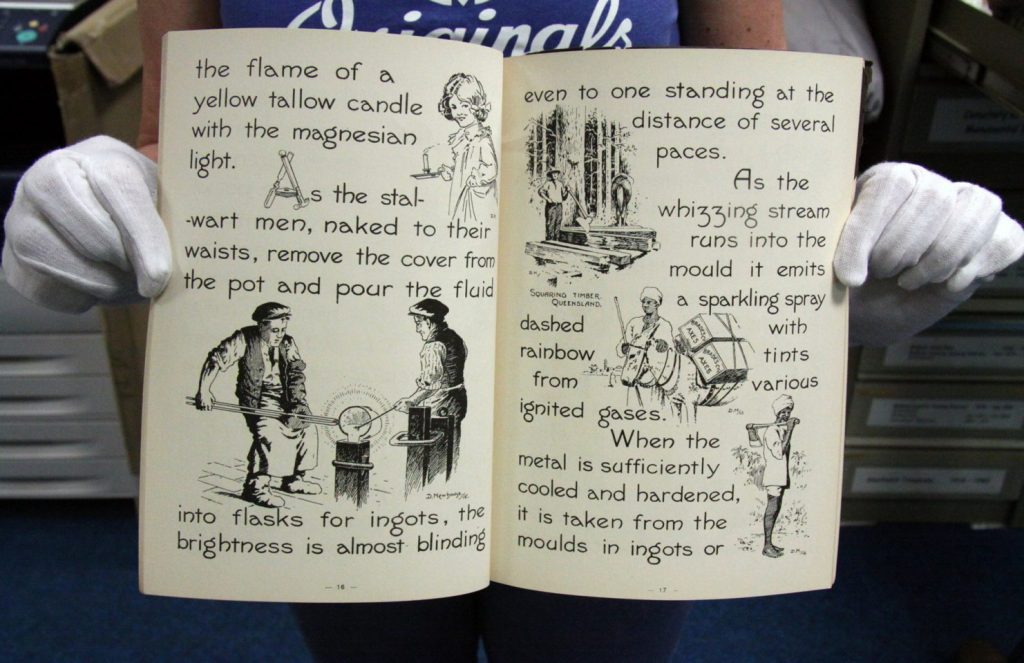 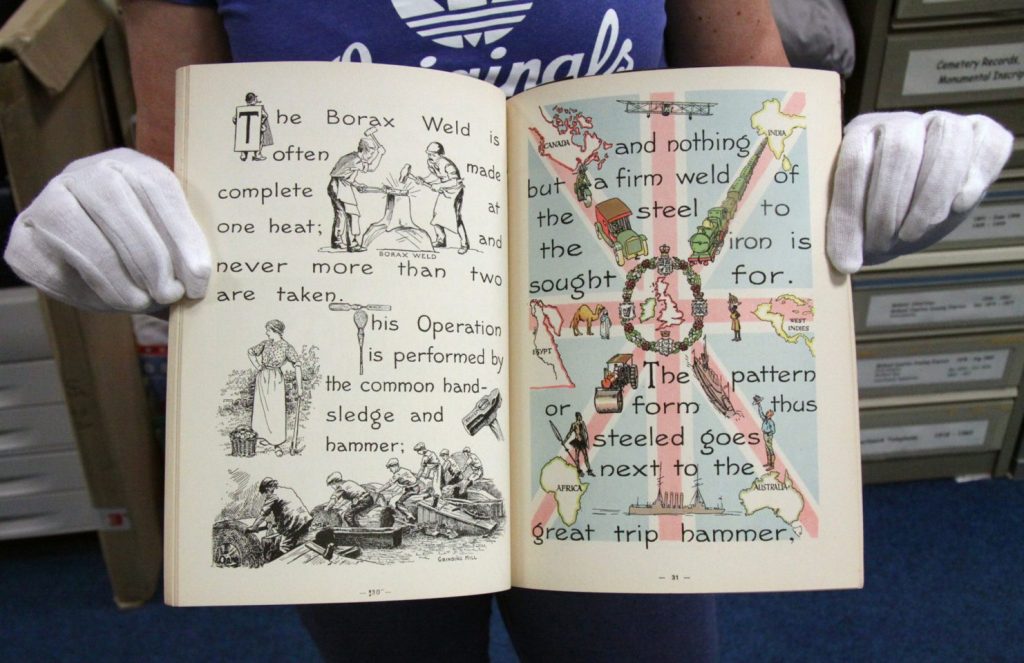 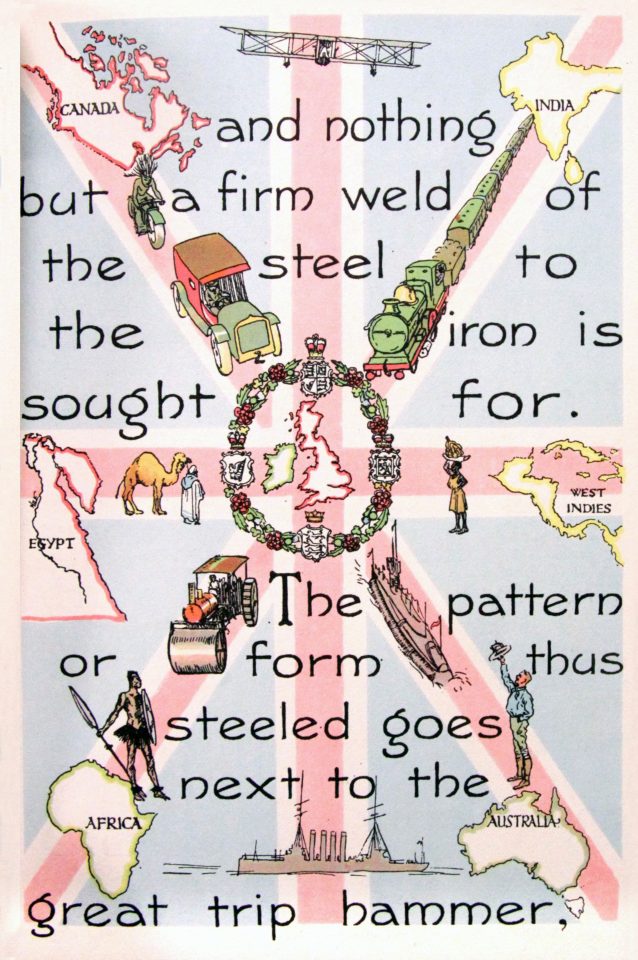 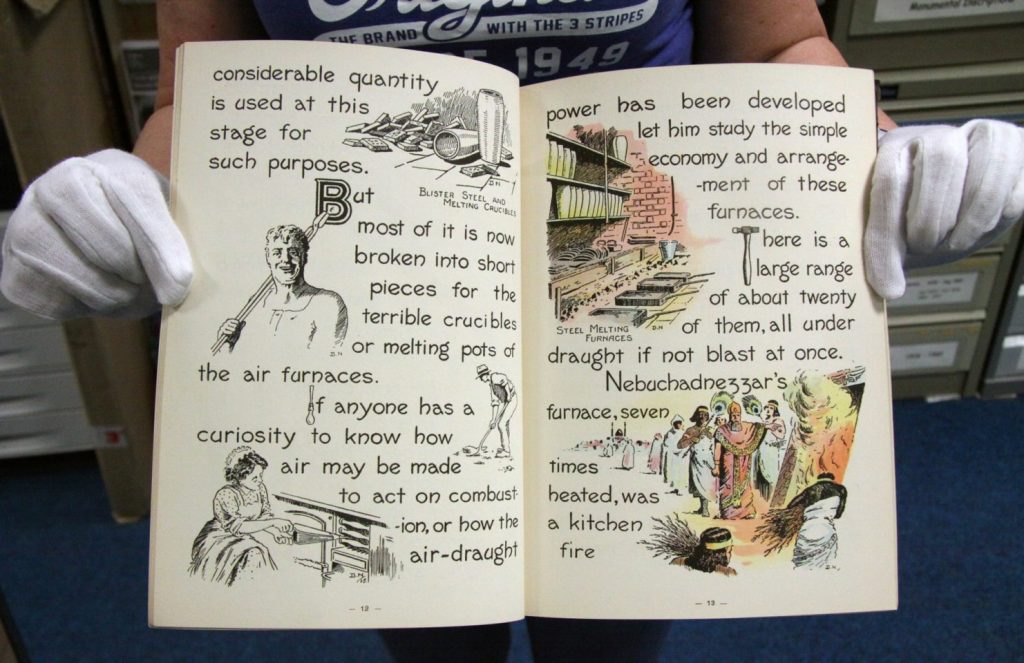 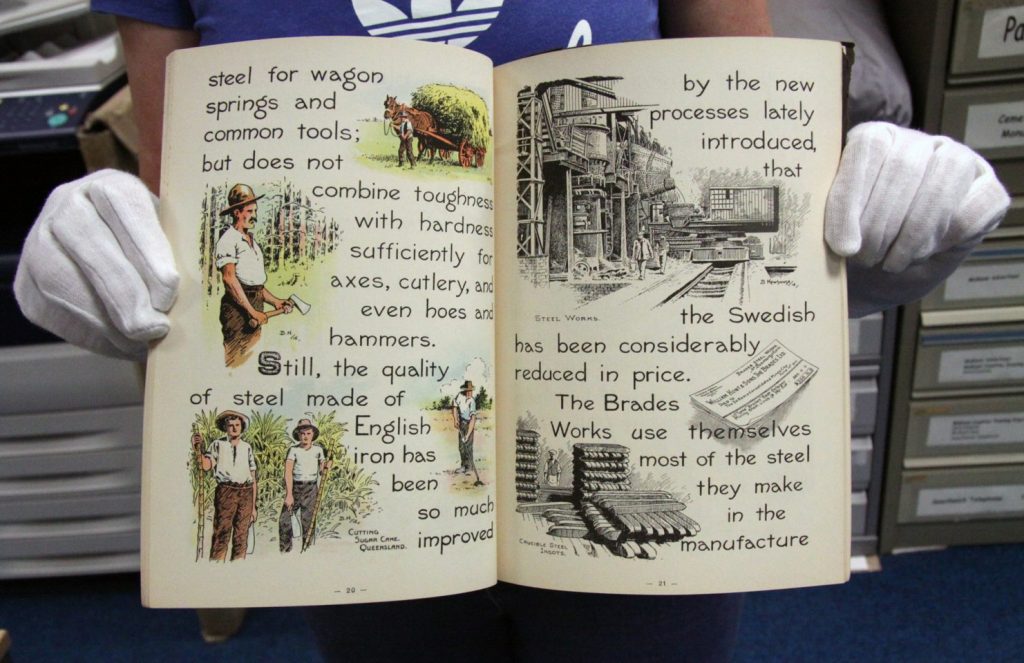 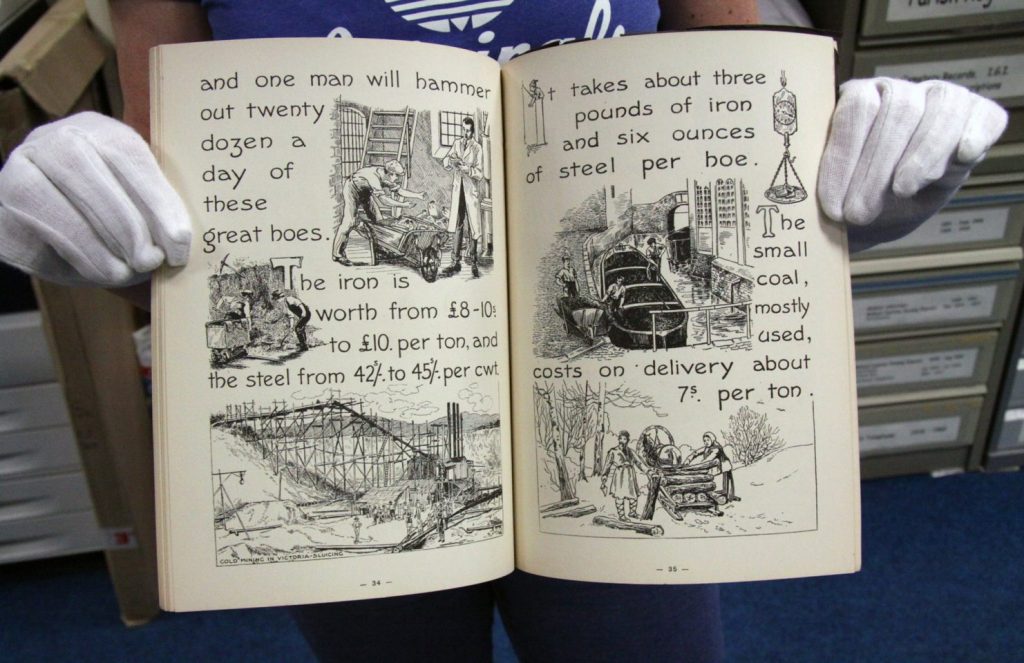 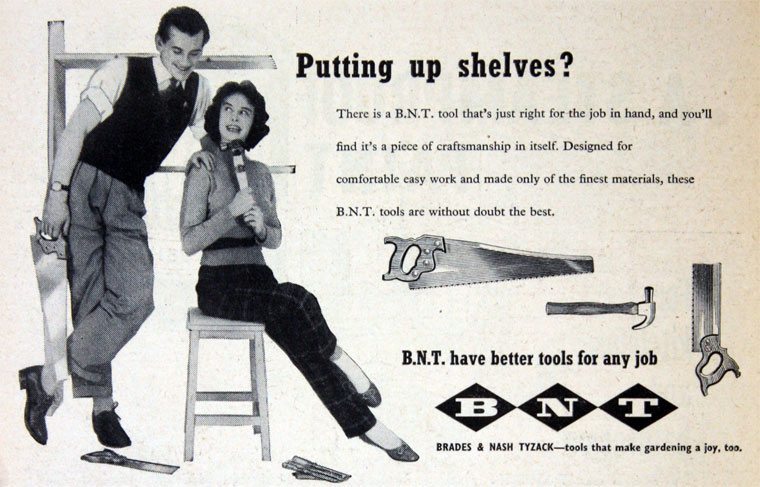 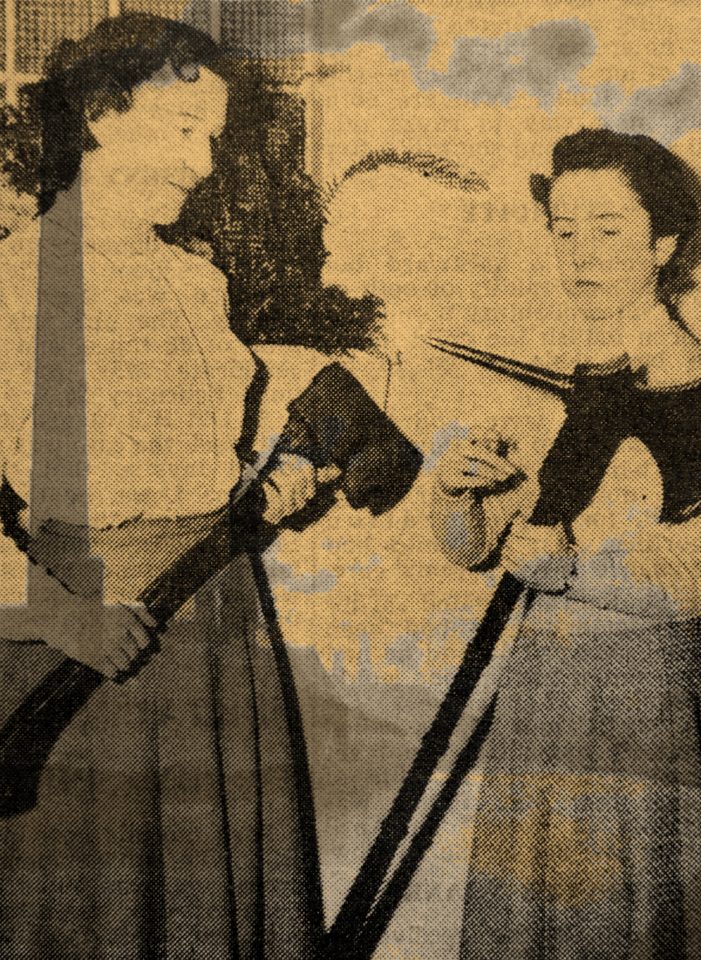 Jackie used to live in Brades Village. Her mother worked at Parkes sweet factory, as did two or three aunts.
Read More →