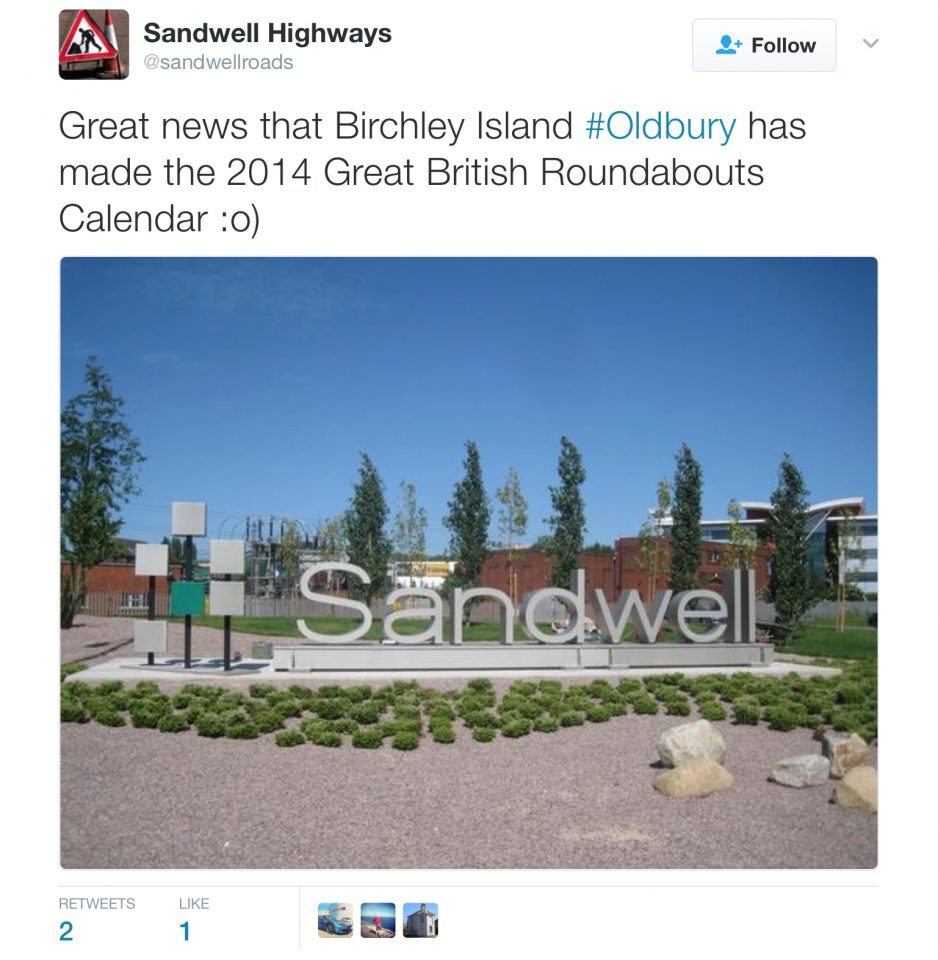 Birchley Island is one of the main gateways into the borough, next to Junction 2 of the M5 motorway with over 92,000 motorists passing each day.

In 2010, it was ‘spruced up’ with a 12ft tall and 36ft long ‘Welcome To Sandwell’ steel sign installed on the island. The sign was fabricated by Malthouse Engineering, a local firm. A total of 235 trees and more than 2,000 flowers and shrubs were planted, using more than 1,000 tons of soil, 300 tons of gravel and 400 tons of boulders.

The M5 motorway construction here took place in the late 1960s, cutting through a huge swathe of land in what was later to become the borough of Sandwell. Much of this northern section beyond Junction 3, through Oldbury to the junction with the M6 motorway on the other side of West Bromwich, was constructed as an elevated dual 3-lane motorway using concrete pillars.

Pat Sealey, who worked at Albright and Wilson and usually went home for her lunch, remembers walking this way before the massive construction of Junction 2 and the Birchley Island roundabout. ‘I used to live on Birchfield Lane, so I used to cross the Wolverhampton Road, as it was then, which was just a crossroads not a massive island we now have. On the left was the big Midland Red Bus Garage, which was an unusual building and then just over the road I’d turn off the right, it was a sort of tracky bit. Then you came through railings, where there was a path, wide enough for two people but not much bigger than that. On each side were the marl holes. If I was heading to Langley the one the left was much deeper, the one on the right would be the back of Asda now. Then it opened out into rough ground. On the left was the big mound which was all shaley - and if you ever went on the top there was another residue, but not as deep as the marl holes. I used to walk the dog up there sometimes. It wasn’t fenced in. They sounded a hooter just before when you were due back at work, so if I wasn’t at a certain point at this stage, I knew I’d have to get a move on.’ 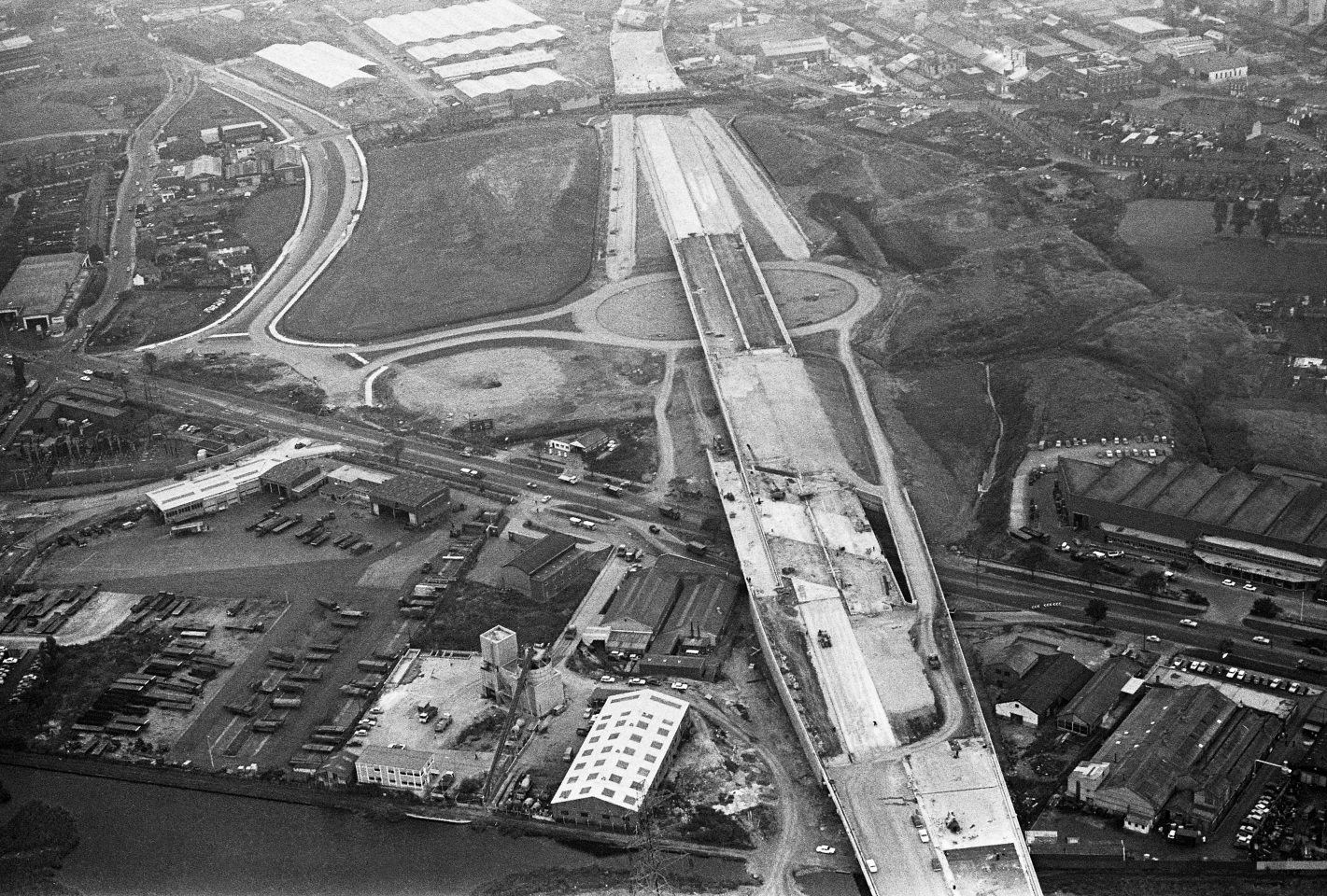 Today, to borrow from the wording of a council report, the junction ‘suffers from considerable congestion, particularly during peak periods and offers limited or no provision for pedestrian and cyclists. This lack of provision also results in severance and a low level of service for bus users interchanging between services.’

Construction of a flyover or underpass along the A4123 Wolverhampton Road had been considered as one option to reduce the congestion problem but rejected, as it would require ‘overcoming substantial physical constraints including the relocation of the electricity sub-station and possibly altering the elevated section of the M5 motorway. This would be extremely costly and not offer value for money, furthermore it would require the agreement of the Highways Agency to alter part of the motorway which would create disruption.’

The preferred option for the island is known as the ‘hamburger’ scheme, which would see it spilt in two to allow traffic to run through the centre of it. While this was approved by planners in 2015, there is as of yet no funding to deliver the project.

The Black Country’s most famous twins – Roy and the late Don Richardson, were involved in the clearance of the site before motorway construction could take place (particularly the removal of the Blue Billies) and went on to be major property developers (including the transformation of the 300 acre former Round Oak Steelworks into the Merry Hill Shopping Centre). Their company still have their Midlands office situated on the western side of Birchley Island.

Some fascinating footage can be found on Youtube relating the construction of the junction with the M6 at Wednesbury, a few miles up the road from Oldbury:
https://youtu.be/d5Z6LvYe2T4 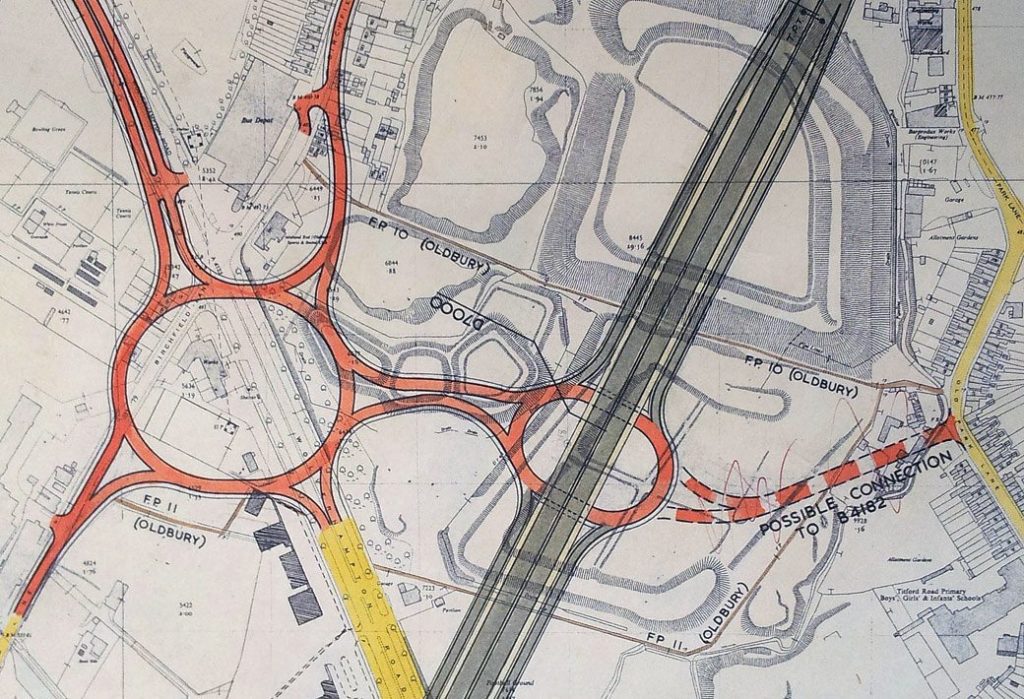 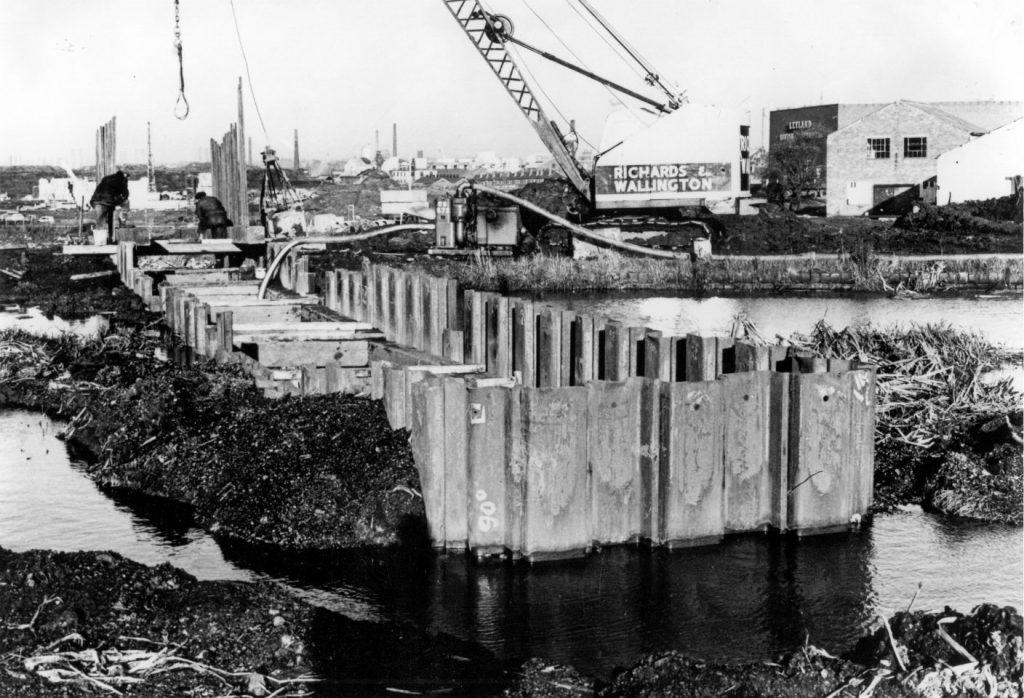 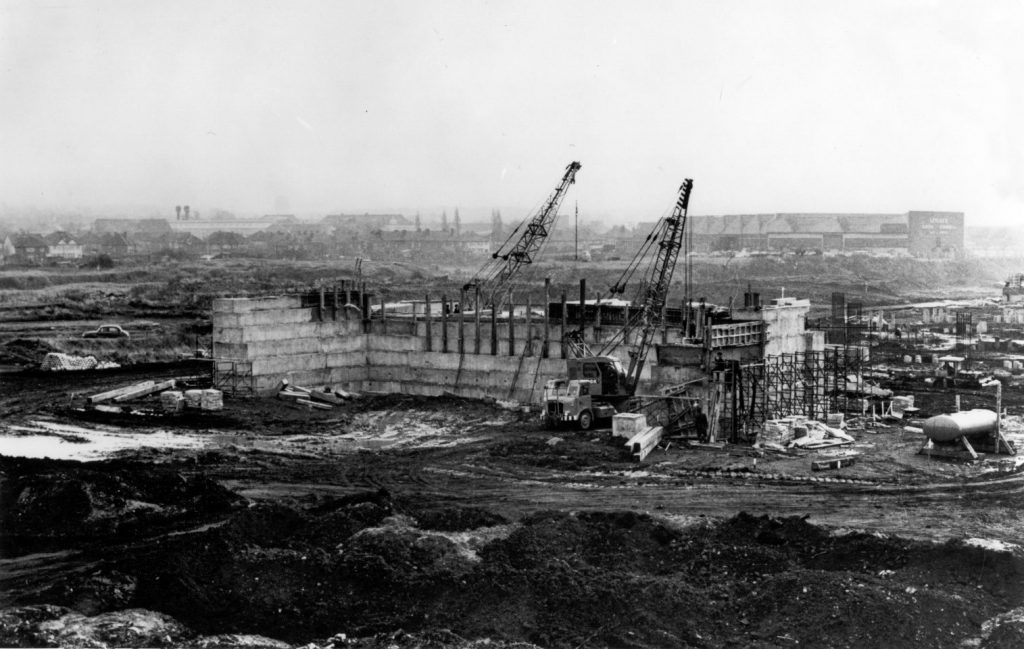 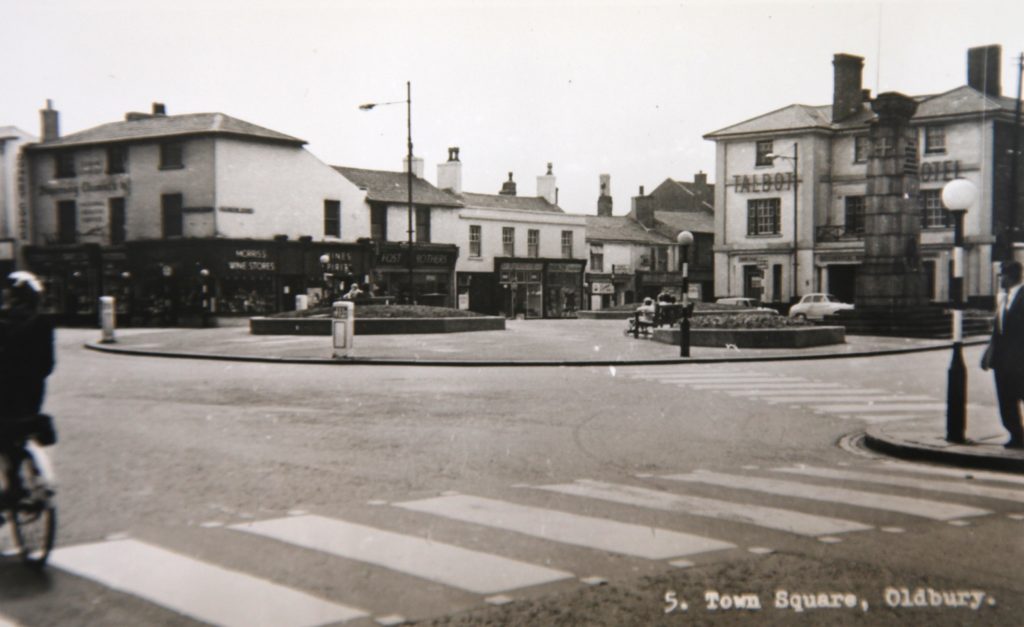 Martin Prestidge has lived in Oldbury since he was three years old. He recalls growing up and going to work in the area.
Read More →