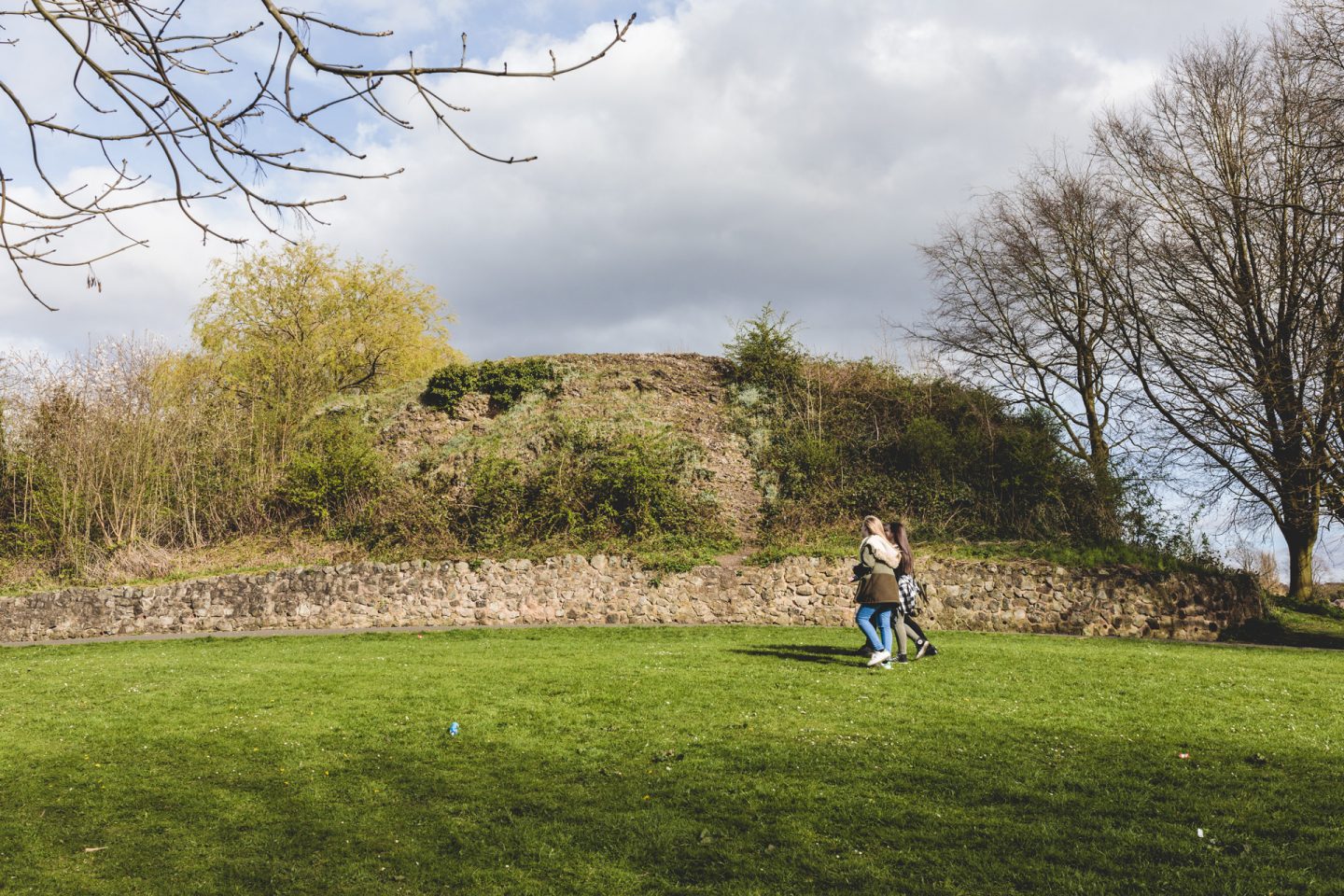 Industrial expansion destroyed much of the green countryside that once surrounded Oldbury, leaving spoil heaps, marlholes, quarries, pits and pollution throughout the area, and a legacy of reclaiming the land throughout the twentieth century. What was not destroyed was built over, and now little green space remains, except for the land originally bequeathed by industrialist benefactors - such as Barnford Hill Park.

The land was presented to the Borough of Oldbury in 1915 by Mr W. A. Albright of Albright and Wilson, the chemical manufacturer, one of the largest Oldbury firms. A plaque on the Park Keeper’s House commemorated this event, recording that Mr Albright presented the Park to the Borough of Oldbury ‘for the use of the public for ever’. The park was opened in 1916 after the area, which had been mainly arable land, was prepared and seeded.

Barnford Hill Park is what remains of two local farms, the last of which disappeared in the 1960s. It is in an elevated position and the highest point is a small outcrop of pudding stone which commands a wonderful view north and west over the Black Country. 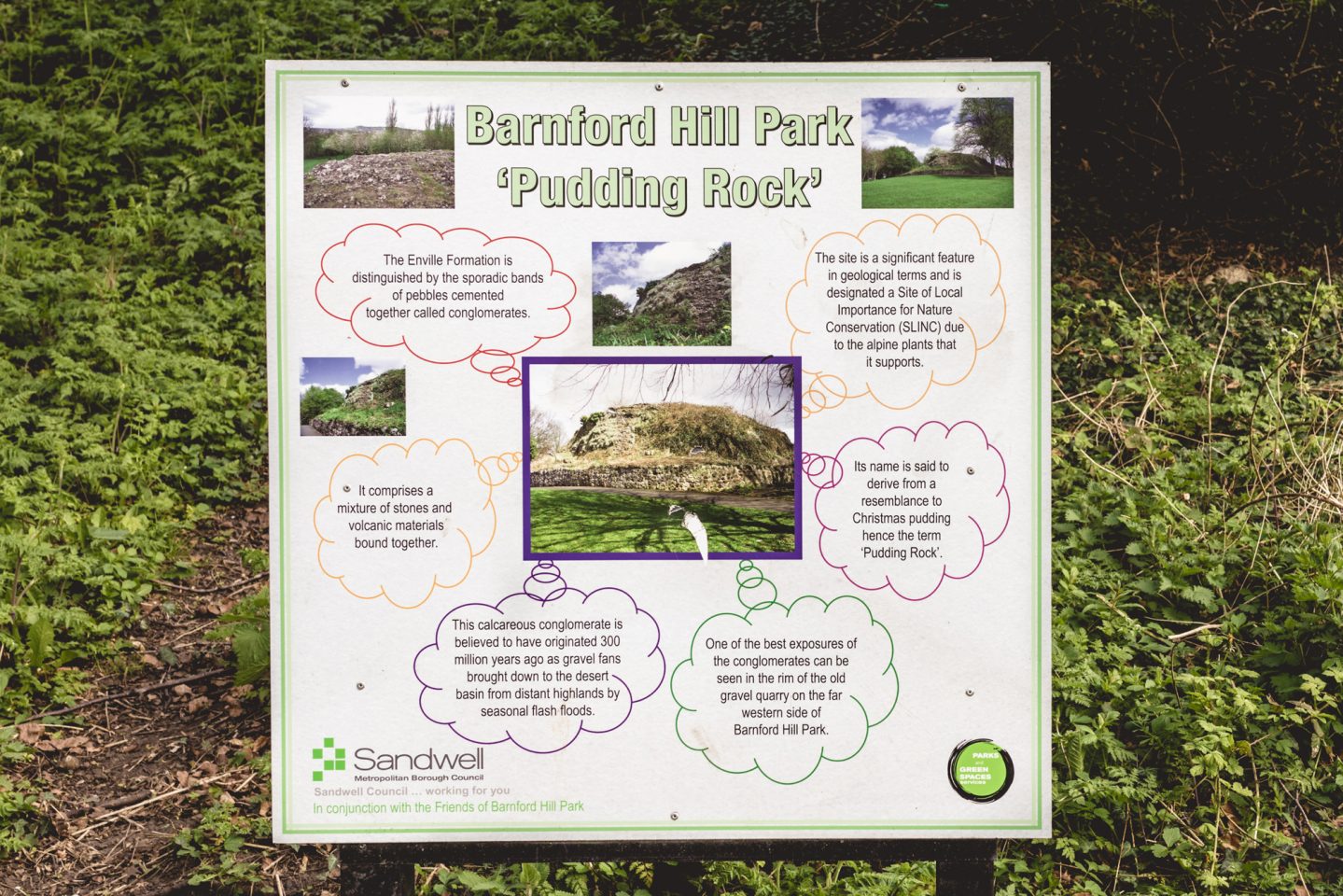 The park includes a listed geological site, known as ‘Pudding Rock’. Musician Laurence Hipkiss recalled: “To some, Barnford Park’s Puddin’ Rock is a conglomerate rock outcrop belonging to the Enville Formation which was probably formed just short of 300 million years ago. To others, such as me and my mates, it was far more important! When we were kids Puddin’ Rock was at the centre of our world. From a game of football to playing on the swings, it all happened in the shadow of Puddin’ Rock.  At the other end of the park there is another much smaller hill which is still known locally as the Bunny Hill.  That was the meeting point for all us local kids. On long sunny summer days that’s where we’d all meet up and the piece of land. From the Bunny ’ill t’ Puddin’ Rock is where all our adventures began.”

It was the largest park in the area and up until the end of the 1960s many facilities were installed here: a bowling green, putting greens, tennis courts, a Sons of Rest, a Keeper's pavilion, and a children's play area. There were flower-beds, and a garden designed especially for the visually impaired. Cricket and football pitches were maintained. The Borough greenhouses were situated in the park. There was a resident Park Keeper, for whom a house was provided at the entrance to the Park. The park was used for important public events and celebrations like the bonfires and fireworks displays on occasions such as the peace celebrations in 1919 and the 1935 Jubilee.

However, by 1999, a council report said, in relation to maintaining the park: ‘If Sandwell is to stem the migration of young people from the Borough, then Sandwell must increase its attractiveness as a place to live. The provision of properly maintained parks and the leisure facilities they provide could make a contribution. If nothing is done the unsubsidised parks will deteriorate into vandalised squalor, which will promote the emigration.’ The bowling green, putting greens and the garden for the visually impaired were in a state of dereliction; the tennis courts were used as a car park; following repeated vandalism the Sons of Rest had been demolished, as had the Keeper's pavilion and the greenhouses; the cricket pitch was no longer maintained; pathwork in the park was in a state of disrepair; much of the apparatus in the children's play area had been removed; there were no flower beds except at the entrance; there was no longer a resident Keeper, and the Keeper's house had been sold off.

Today, thanks to sterling efforts by a Friends of the Park group and local activism, the park is greatly improved, with beautiful parkland offering gentle walks, a maze area, children's play areas, a multi-use games area, community pavilion and grass sports pitches.

The photograph below was taken by A. Culwick, Oldbury Town Clerk in 1930. It shows the view looking north-west towards Langley Green and Langley from Barnford Hill Park, with the tennis courts in the foreground. The tall chimney left of centre was Albright and Wilson's chemical factory. Langley Maltings and Showell's Brewery can also be seen, right of centre. The houses to the left of the photograph are those in Farm Road, Langley Road, Henry Street, and Edward Street. 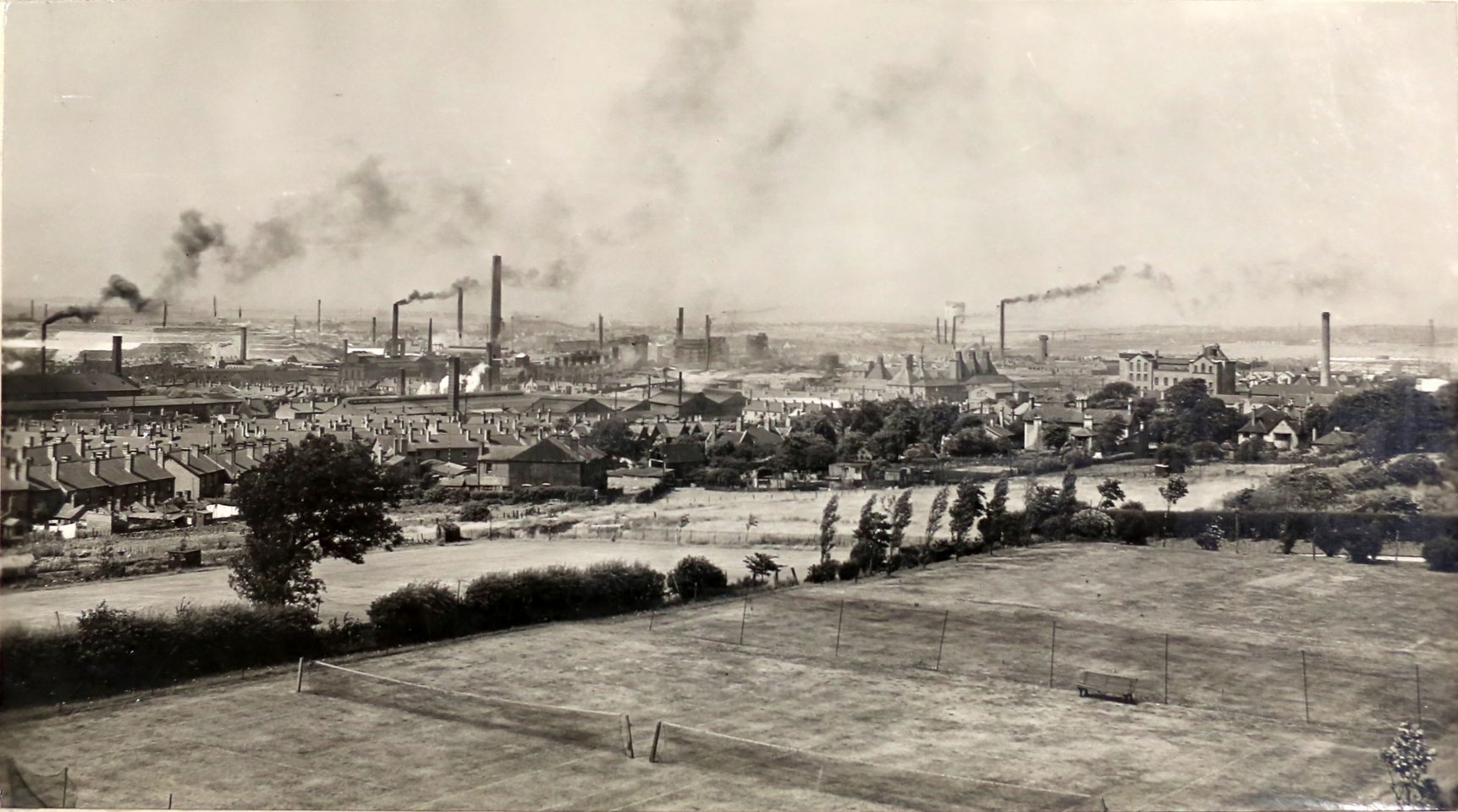 The following poem was written by Barbara Powell, sharing her memories of the park, posted on the Facebook page of Langley and Warley Local History Groups. 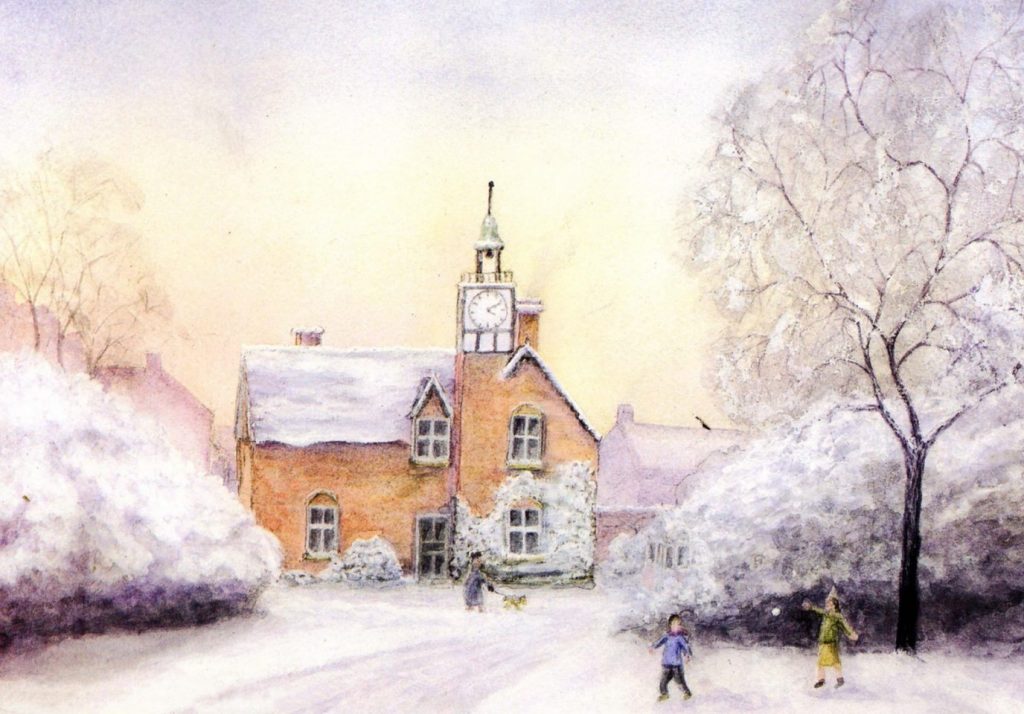 Langley Park was established in 1886 by local industrialist Arthur Albright. The park lodge (pictured in this Christmas card by Langley Local History Society) was the home of the park keeper.
Read More →